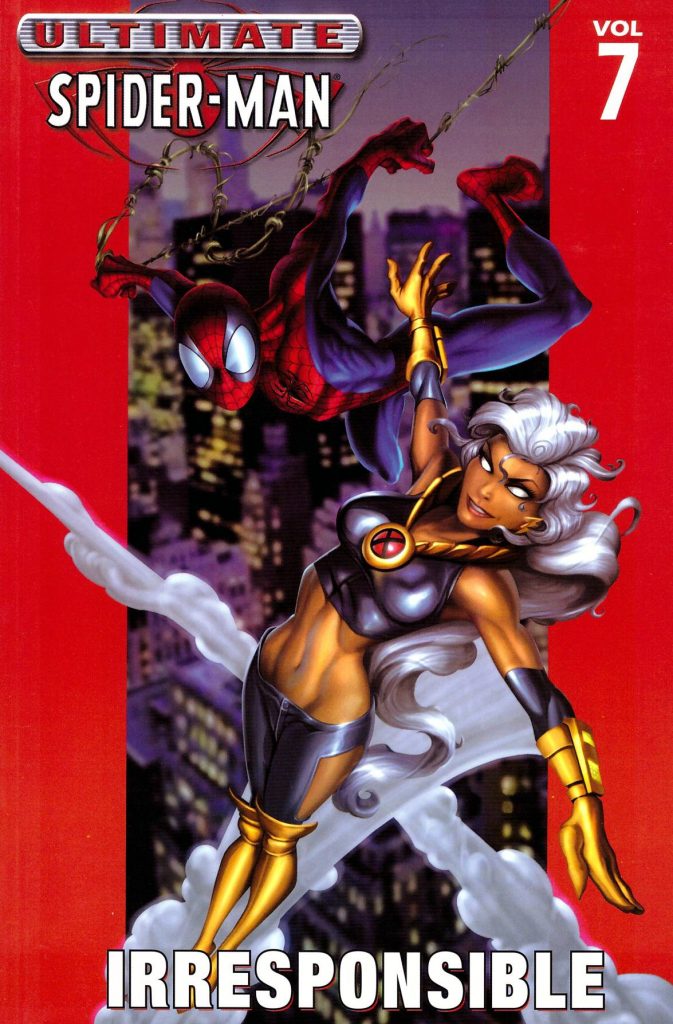 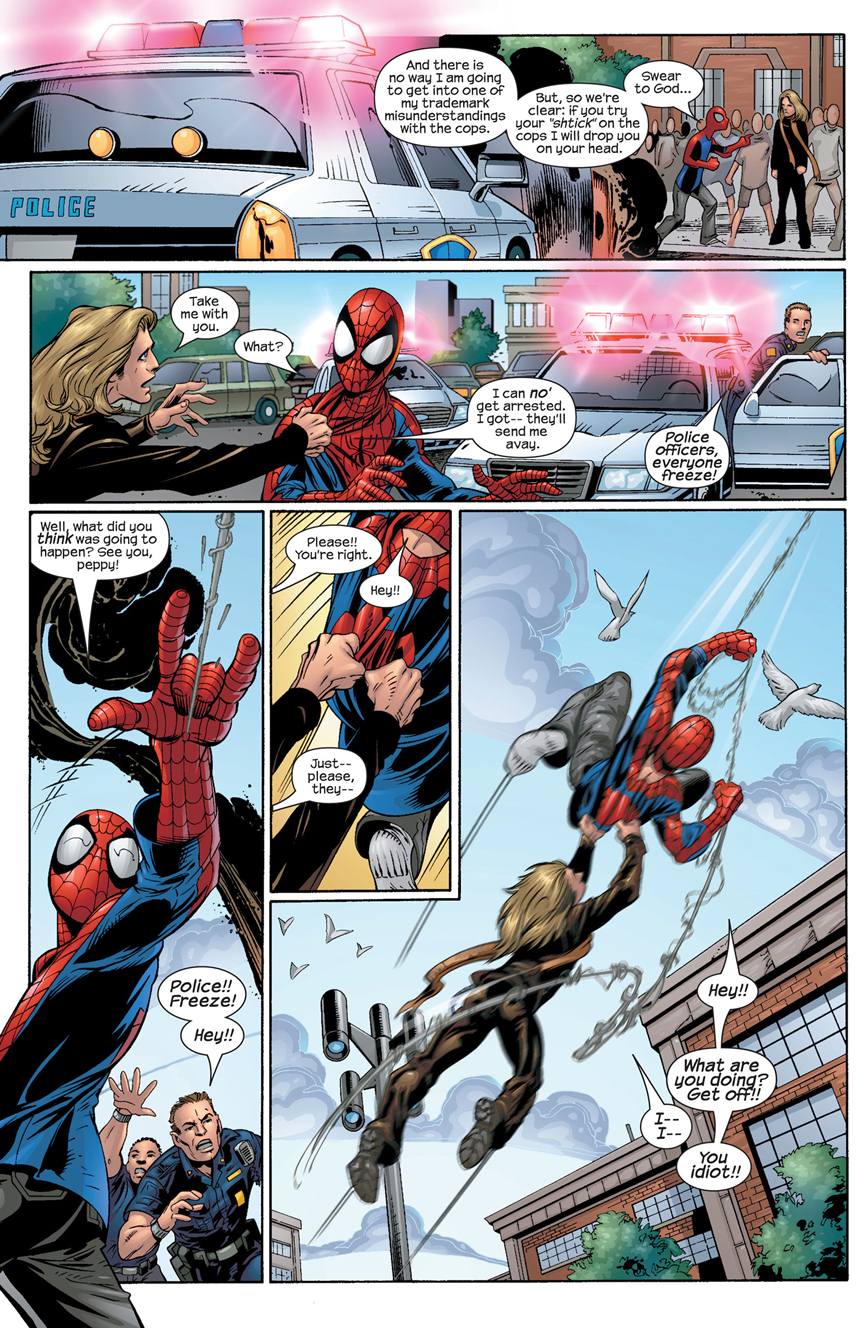 Irresponsible brings us back into Peter Parker’s school life, which was sidelined for the trauma of Venom. The first two scenes feature Peter searching around for a replacement Spider-Man costume, and a beautifully worked sequence of notes being exchanged in the classroom. They’re both poignant and funny, Brian Michael Bendis on top form, and it occurs that there’s barely been a chapter over the entire series where he hasn’t raised a big smile or dredged up some feeling of foreboding. That’s down to writing great drama.

The central drama he settles on here is the perennial Marvel standby of mutant hating. It turns out people in this ultimate universe apply the same lack of logic as those in the mainstream equivalent, revering people who’ve acquired super powers by accident or developed them, while reviling mutants born with super powers. Some X-Men turn up, and we’re introduced to a new character played largely for laughs, although very dangerous. It’s all fun.

Not as clever over the years since publication is the sexualisation of girls in their mid-teens. Mark Bagley isn’t entirely at fault as he keeps Storm, Jean Grey and Kitty Pryde consistent with the way they’re seen in Ultimate X-Men, but he goes over the top with Mary Jane Watson at a party, and then later at school. Excuses can be made for the party appearance serving a purpose, but because Bagley’s strength isn’t drawing multiple different faces, it’s not immediately apparent that the girl marching through the room in fetish gear is meant to be Mary Jane.

Whether or not Bendis was setting up what came later with regard to Peter’s romantic life isn’t clear, but he has a definite agenda with Gwen Stacy. She’s provocative, and prone to throwing people under the bus just to see what happens, which is constantly interesting, and after several volumes of barely seeing her, Aunt May’s given a large role in Irresponsible. To begin with, it’s to counterpoint Peter hanging out with the X-Men, and that works fine, but the final chapter is almost all a look into May Parker’s head. Quite apart from May Parker’s therapy session not really being what readers of a Spider-Man graphic novel want, it’s a rare dramatic failure on the part of both Bendis and Bagley. Bagley’s art exaggerates too much, and Bendis trying to develop Spider-Man as the personification of May’s justifiable concerns never convinces as natural, just as a story device.

Oh, and if you’re keeping count, a whole bunch of X-Men discover Peter Parker is Spider-Man.