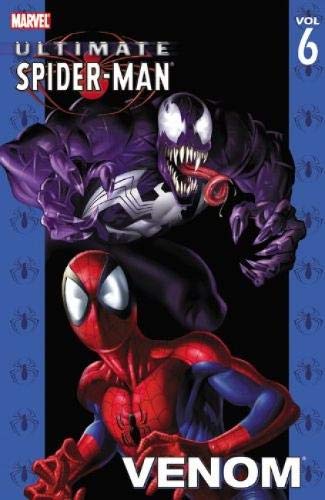 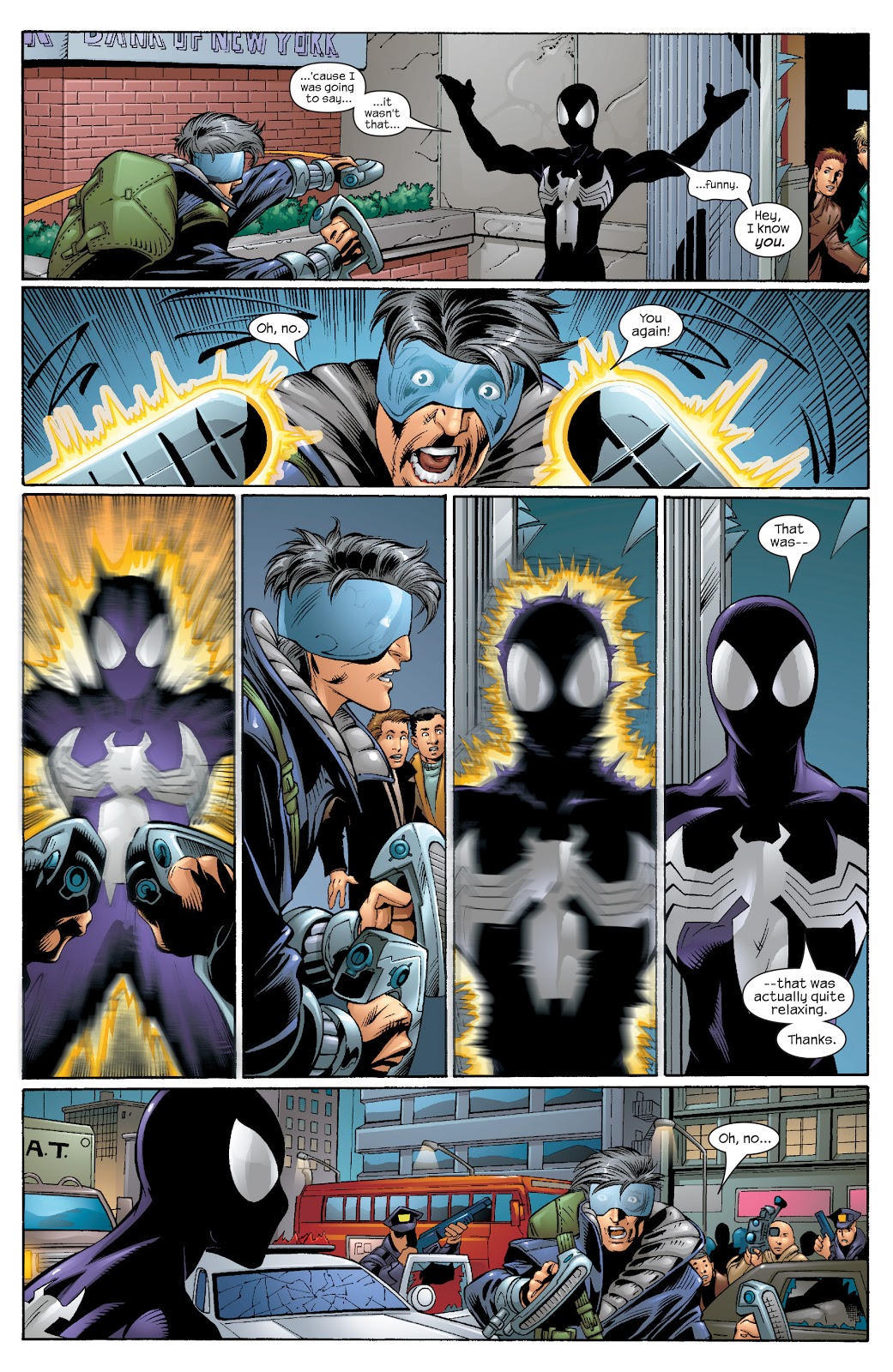 A distinct benefit that Brian Michael Bendis has in writing about an alternative Spider-Man is the ability to toy with the expectations of readers who’re already very familiar with aspects of the other Spider-Man’s life. Who isn’t going to be thrilled at a cover and volume title promising Venom’s introduction? So with the anticipation simply dealt with, Bendis is free to fiddle with the particulars, and this he does very smartly. We’re almost immediately introduced to Eddie Brock, and that’s where the doors slide. This Eddie is slightly older than Peter Parker, who last saw him in infancy, and we learn their parents died in the same accident.

Bendis builds up a credible relationship between the college student and Peter and his high school crowd, and Peter wanting to learn more about his research scientist parents is also well handled. It turns out they and the Brocks developed a form of body suit intended to help humans fight disease, but continuing interference from investors wanting to take the research in a different direction took its toll on the inventors even before they died. What develops from that is a masterful toying with tension. There can have been very few readers coming to this story when released or in the years since without knowing who Venom is, and sure enough that plays out, but we first read the pride before the fall, pages of Spider-Man encased in black and super-confident. Eddie is well characterised also as someone we want to like.

Venom has always been a gift to any halfway competent artist, and Mark Bagley ranks well above that, so while the story takes time getting there, when Venom arrives, he’s suitably intimidating. Bagley also experiments a little with the art, using an exaggerated digital form without linework for a nightmare sequence, and that’s not dated well. Thankfully it’s restricted to just three pages.

There’s less emphasis on Peter’s supporting cast this time because the new relationship with Eddie needs to be prioritised, although Venom features a nicely constructed scene following up on the conversation that closed Public Scrutiny. We know everything’s leading to a battle between Spider-Man and Venom, but Bendis has a neat surprise awaiting, and the resulting conflict is overlaid with narrative from a video tape Richard Parker recorded for his son. It’s a tearjerker that finishes with a great pep talk from another father figure. Oh yes, and because Bendis missed out on someone discovering Peter Parker is Spider-Man last time, two people find out this time. Will he up that to three in Irresponsible?

At one point Peter has a chat with Dr Curt Connors, better known as the Lizard, who refers to Spider-Man saving him. That might be puzzling as it occurred not in this series but in the second volume of Ultimate Marvel Team-Up. If you’d prefer a different packaging, this is combined with Public Scrutiny in hardcover as Ultimate Spider-Man Vol. 3, and in paperback as Ultimate Spider-Man Ultimate Collection Vol. 3. 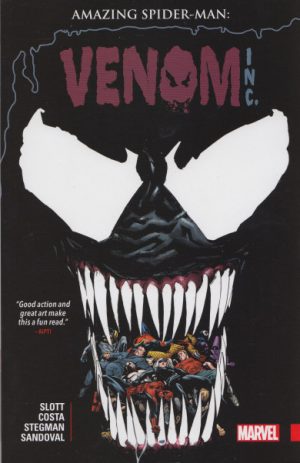