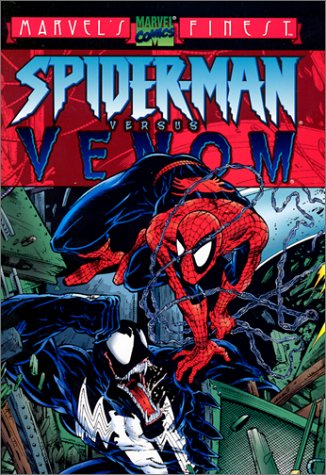 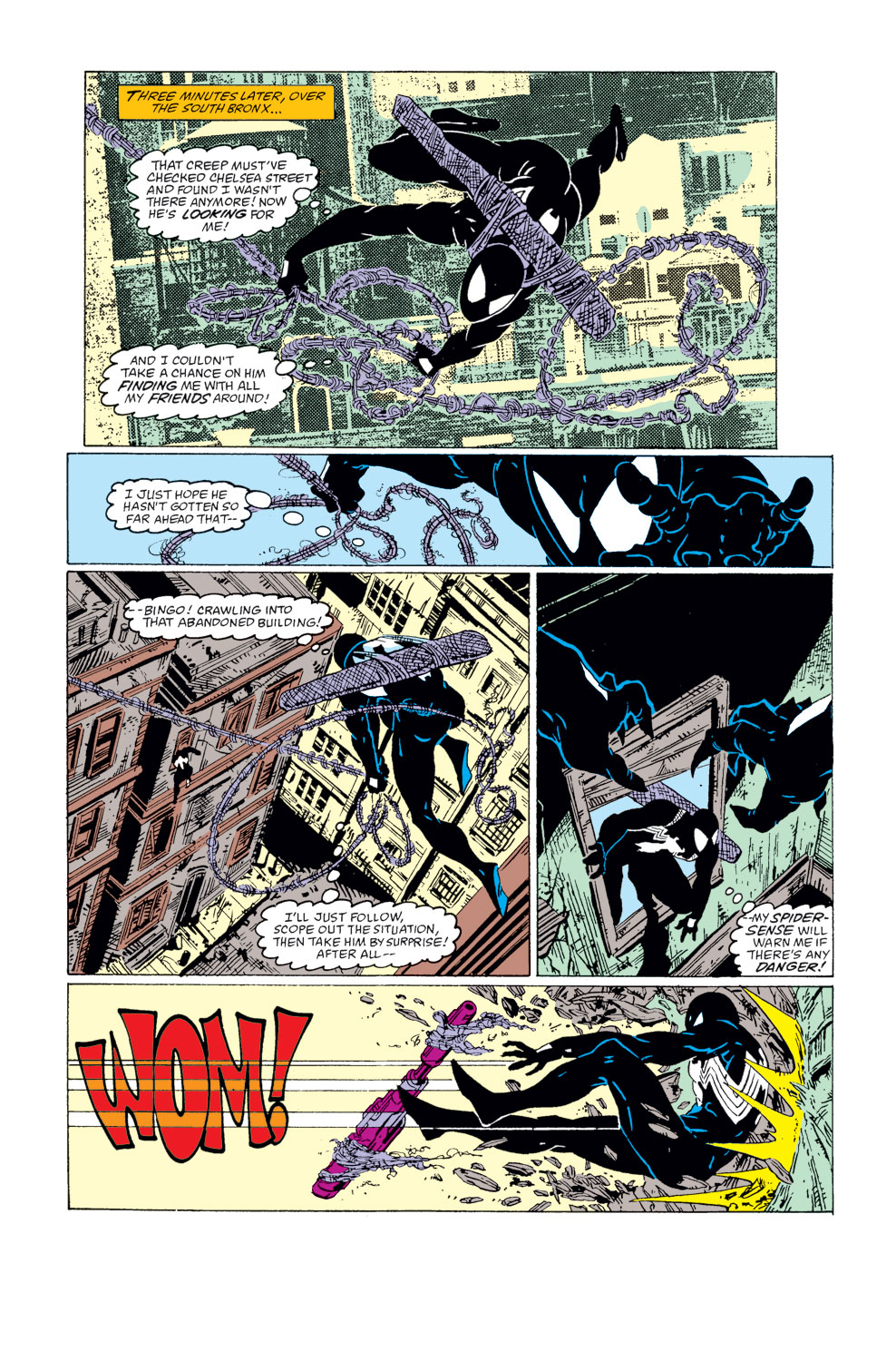 Before 21st century rehabilitation, Venom was the poster boy for what many long term Marvel fans felt was wrong with the company in the 1990s, a savagely irredeemable creation whose motivation was violence and murder, often too graphically displayed for the liking of some. This presents his earliest appearances, as much a creative clash as a story one. There’s little to distinguish David Michelinie’s 1990 scripts from Stan Lee’s work on Spider-Man from 25 years earlier, but Todd McFarlane was an artist struggling to escape the constraints of convention, creating a decidedly modern style. It doesn’t always work. There are some horrible anatomical distortions (Peter Parker in bed early on), and a prioritising of the big image over storytelling, but the design work is eye-catching. The distinctive look McFarlane conceived for Spider-Man’s webbing was the first updating since the 1960s, and his twisted Spider-Man in black costume swinging across the city is superb.

Michelinie’s origin for Venom is solid, even if the monologuing way it’s presented is now very old fashioned. It’s already been established that Spider-Man’s initial black costume was a form of alien symbiote that almost took him over, but not everyone has Peter Parker’s strength of will and moral character. The Venom Michelinie writes, while a credible and unhinged threat over these stories, isn’t anywhere near the unrestrained monster he’d become, and the second story improves on the first. Michelinie and McFarlane have established that Spider-Man is going to have to be right on his game to cope with Venom, and he now learns that Venom’s free again and likely to target his friends. Mary Jane was terrified enough by the first meeting, and Micheline exploits a scene with Aunt May well, building up the tension over two chapters before the pay-off, and including enough drama with the supporting cast to distract from that.

Venom would develop considerably from these first appearances, first for the worse, then much later for the better, but these stories still have something to them. The first can be found with a lot of other work by Michelinie and McFarlane in the Epic Collection Venom, where the subplots can be followed through, and the entire content is also in Spider-Man vs Venom Omnibus.