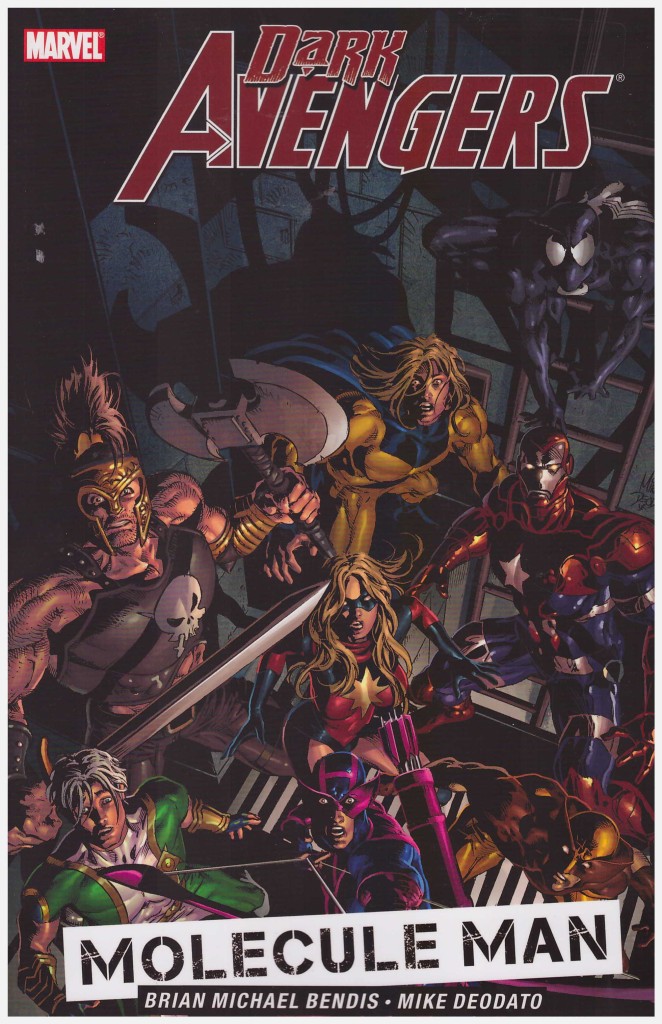 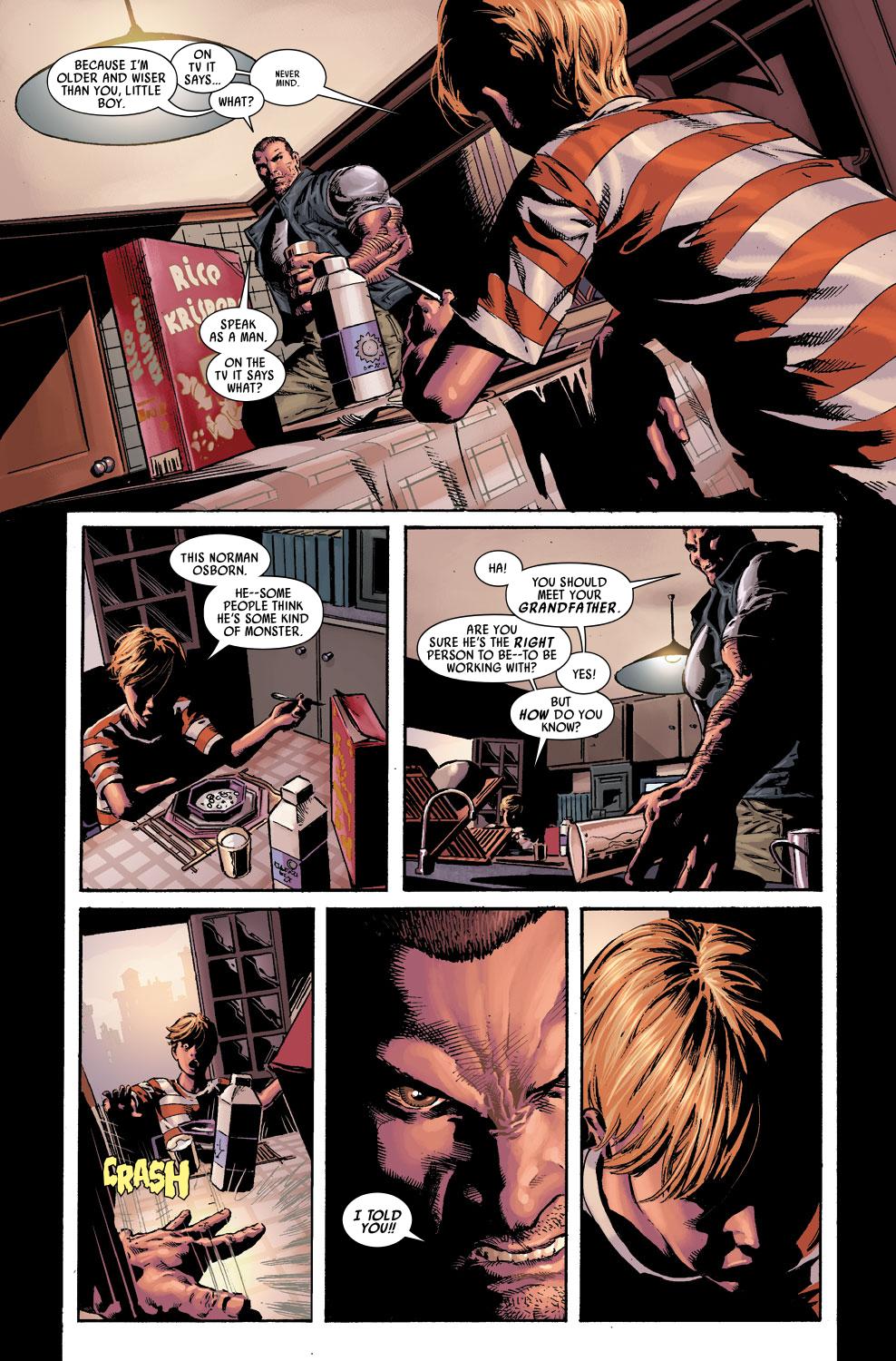 There are two things wrong with the cover. The first is that it features Noh-Var, not seen inside, and the second is that it rather gives the game away with regard to what’s otherwise a well concealed secret inside. Is the assumption that everyone knows everything about what they’re reading in advance these days? Of course, those who have no idea who the Molecule Man is will still have the surprise that Brian Michael Bendis intended.

At a brief four chapters this is a very slim book indeed, but it’s content packed, and we learn something very frightening indeed about one member of the team.

Utopia slots between Dark Avengers Assemble and this, but beyond a passing reference in a news report there’s no reason to presume you’ve missed anything if you skipped it. Also referenced in passing, to stunning effect, is Ares taking down Man-Thing.

One of the problems Bendis has set for himself with Dark Avengers is the sheer power accumulated within the team. The Sentry and Ares are off the scale, with Venom not far behind, and so methods are needed to remove them from the board on occasion. Jokes about medication in the first volume here come to roost as having a purpose, and in the opening chapter we learn that some matters can’t be settled no matter how much brute power you have at your disposal. This ties in with Secret Warriors, and we’re reminded again that Bendis writes a great Nick Fury. Overall, though, this book is one several great moments rather than consistently great.

Mike Deodato draws almost everything, and almost everything looks spectacular, with the minor caveat that alternating running panel sequences across spreads with the traditional fashion of down the page occasionally makes for tricky reading. There are also some problems involving artwork disappearing into the binding. The other contributing artist is Greg Horn, who’s digital realism is used for a few sequences in which one team member undergoes a disturbing experience.

We see the reason for some uncertain behaviour on the final page, and that takes us into the concluding volume of this incarnation of Dark Avengers, Siege. The entire series bar the Utopia chapters is also collected in the Dark Avengers Omnibus, or alternatively in the thick paperback Dark Avengers by Brian Michael Bendis: The Complete Collection.