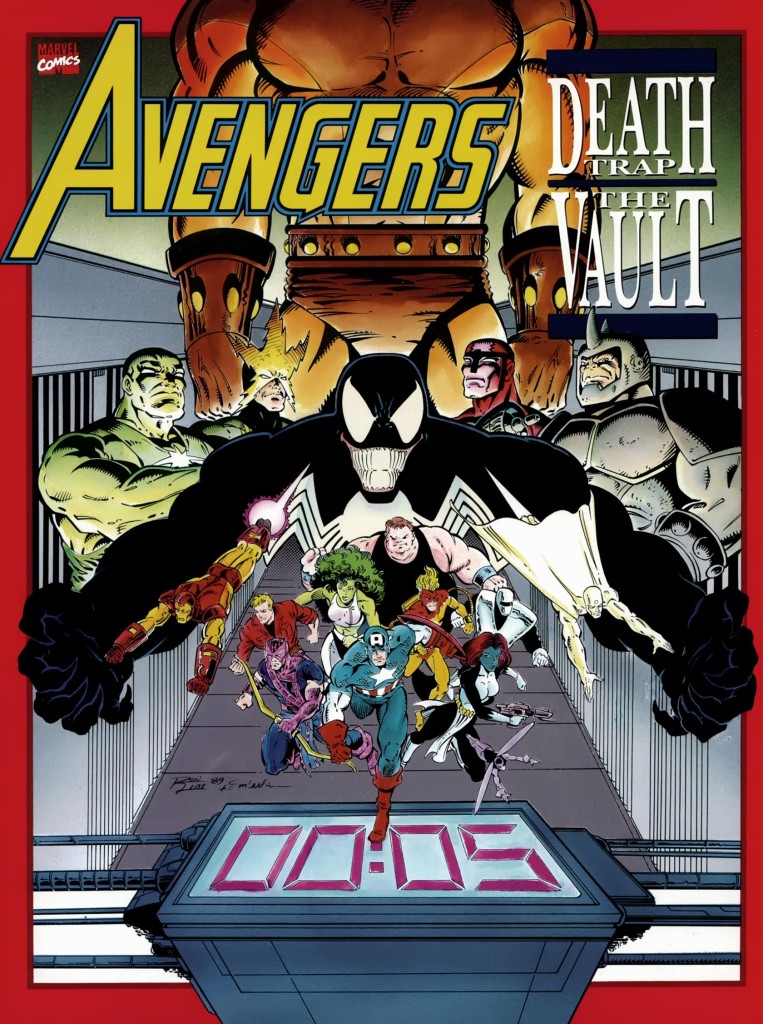 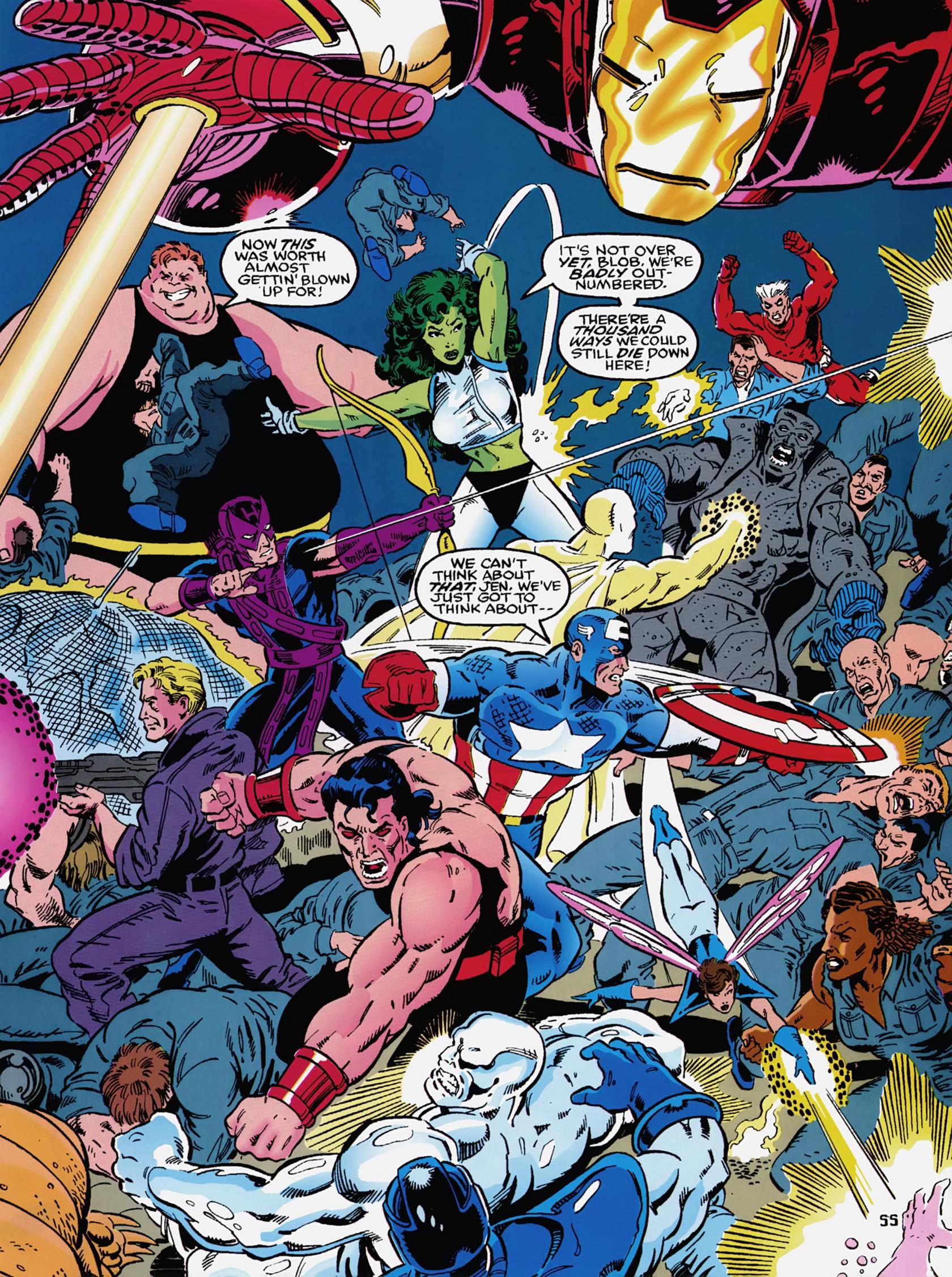 The Vault is the subterranean super-security prison for super-villains in Marvel’s New York, staffed at all times by armoured Guardsmen, and overseen by Truman Marsh, a man with a personal interest in ensuring those incarcerated remain there. His parents were bystander casualties of a battle between two super teams.

There’s never any point in setting a superhero story in a prison unless there’s a jailbreak, so the plot sets the Avengers and Freedom Force against the escapees miles under the sea. The complication is the warden’s failsafe, which isn’t safe and fails.

With the best will in the world, this surely held no sparkle in 1991, and now it’s dreadful. If you want to see Venom running the prison newspaper, this is the place. Danny Fingeroth’s writing clumsily emphasises the obvious in thought balloons, his plot is basic and his dialogue is woeful. When introduced, the hardened mutant thugs of Freedom Force come across as scared little children being taken on their first overnight camping trip, and his attempts at witty dialogue induce cringing. At one point Fingeroth name-drops Gene Krupa, then underlines it as a dated reference for the sake of a feeble joke about dating.

The art is no better. Ron Lim drew thousands of pages for Marvel in the 1990s, presumably because he never missed a deadline. Had there been any life in the plot, his layouts would suck it dry. They’re crowded, dull and packed with poorly drawn figures, nearly every single one musclebound and ugly.

All the above isn’t even the most astonishing aspect. Kelly Corvese and Howard Mackie, to name the guilty, are credited as editors knowing that this mess was destined for what at the time was a prestige project with a cover price to match. Fingeroth and Lim can’t be blamed for their lack of competence when Corvese and Mackie were in place to ensure standards.

If you ever see a copy of this, sound the alarm, evacuate the building and contact the authorities for safe disposal.