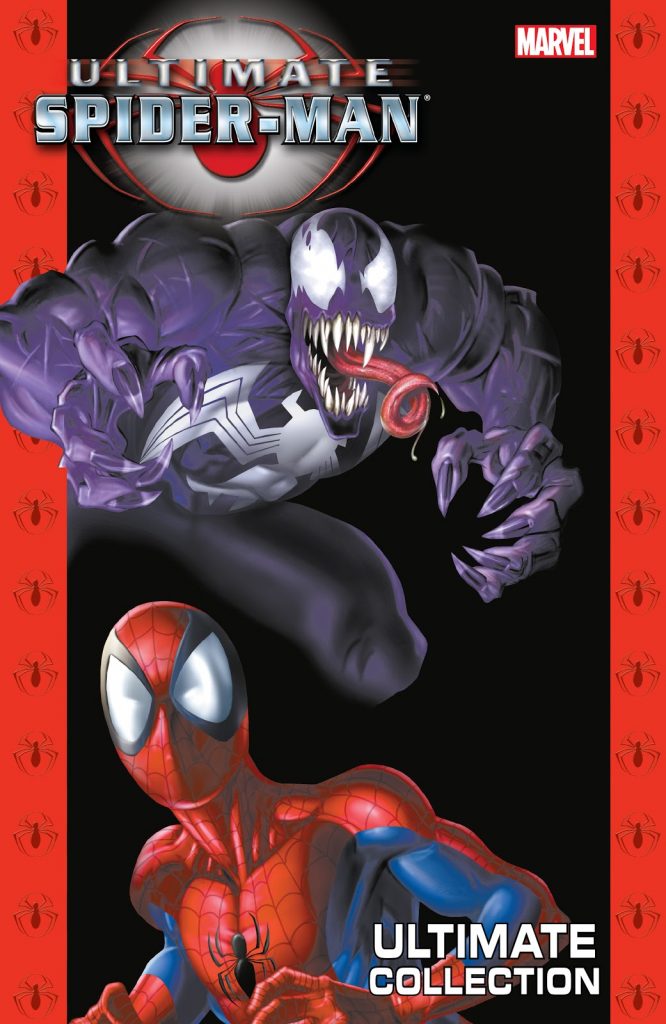 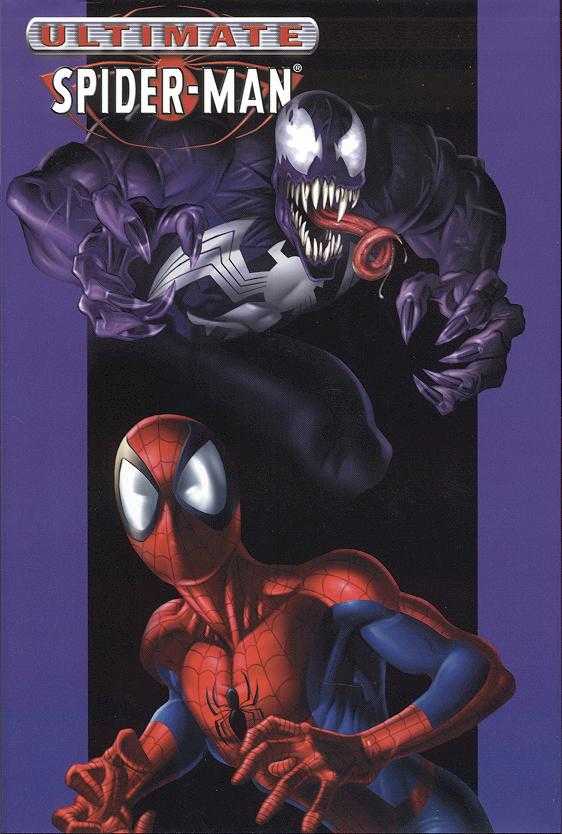 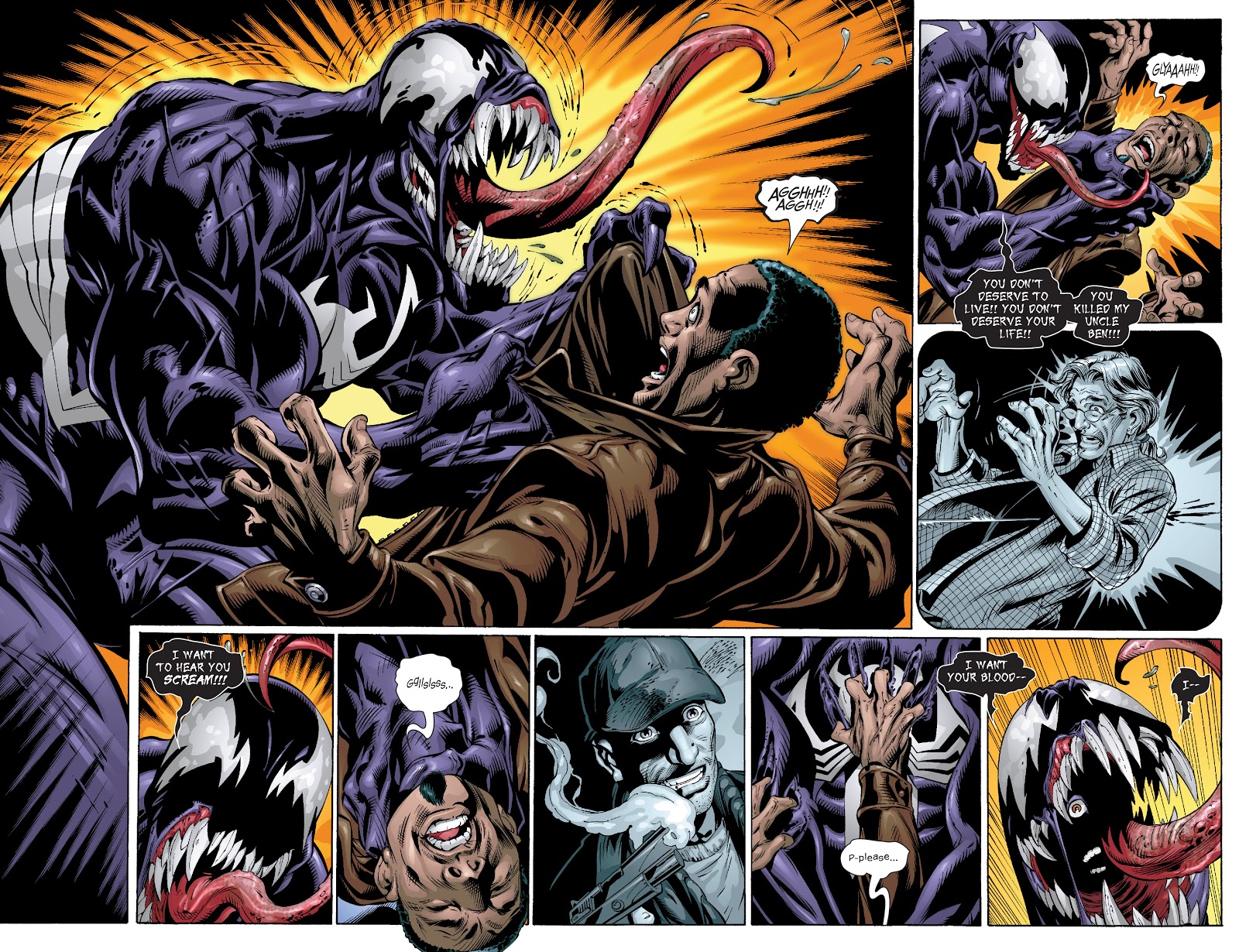 It’s Venom on the cover, and perhaps Venom that most readers will be in a rush to reach, but this is a book of two halves, and the first shouldn’t be discounted as Brian Michael Bendis delivers surprises at every turn. He’s consistently ensured Peter Parker and his supporting cast are as important to the series as Spider-Man, and having introduced Gwen Stacy last time round, Bendis twists the Betty and Veronica scenario as Mary Jane becomes jealous that due to needing a place to stay, May Parker has invited Gwen into the Parker household. This occurs while someone is shredding Spider-Man’s reputation by wearing a similar costume and robbing banks.

As is the case throughout the series, Mark Bagley delivers the necessary emotional highs and lows beautifully, drawing the cast as believable kids of fifteen, not scaled down adults. The occasional head being too large is very small price to pay for the consistency and action dynamism he supplies.

An imposter running around in a Spider-Man costume isn’t much of a physical threat, but they are a thorough nuisance with no concern for public safety, and that has tragic consequences inevitably laid at the real Spider-Man’s door. All the quips and swinging about can trivialise Spider-Man, so every now and then Bendis constructs a scene to demonstrate how powerful he is, but the one here is deliberately shocking. It’s dramatically valid, with the build-up great and both creators combining to supply the impact.

Peter’s regular supporting cast are largely sidelined for the Venom section, which is another bravura piece of writing. Bendis knows what we expect, but betters that by tying Venom in with the research Peter’s parents were involved with when they died, and delivering a very engaging character in Eddie Brock, slightly older than Peter and very pleased to see him again. We get to see Spider-Man in black, Bagley’s creepy Venom, and there’s a great epilogue chapter featuring advice from two surrogate father figures.

This was issued in hardcover in 2004, and as the bulky Ultimate Collection in 2010. If cost is an issue, these stories read just as well in their original paperback versions as Public Scrutiny and Venom.