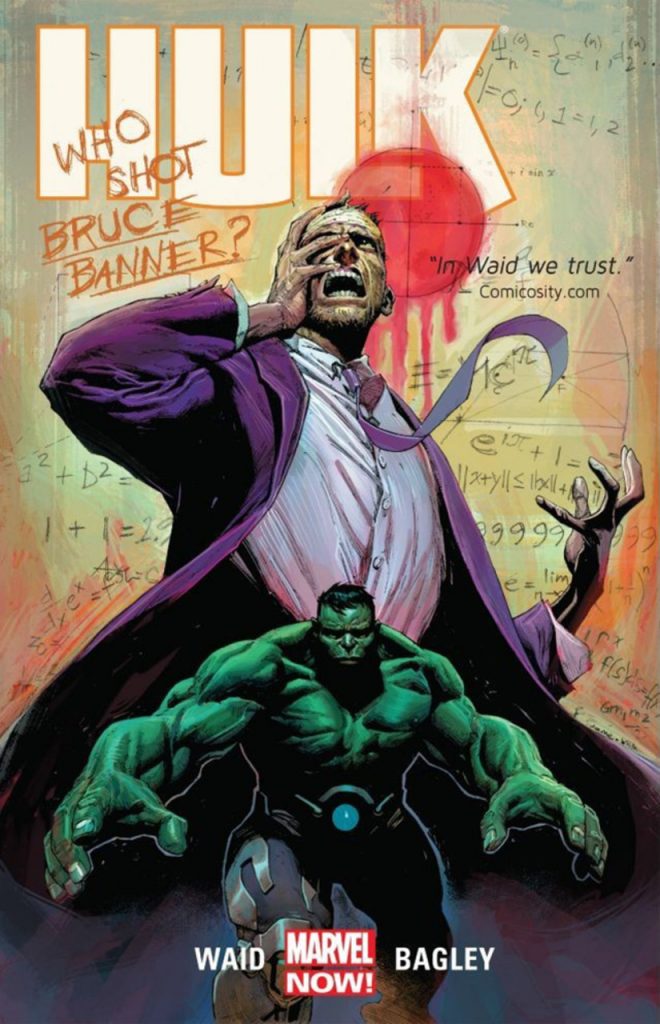 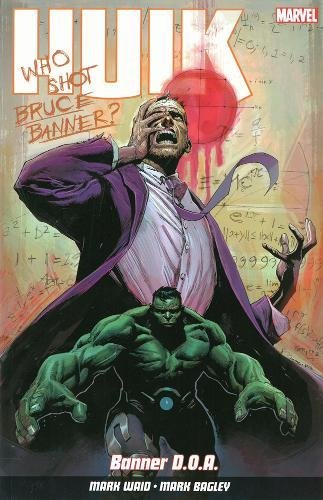 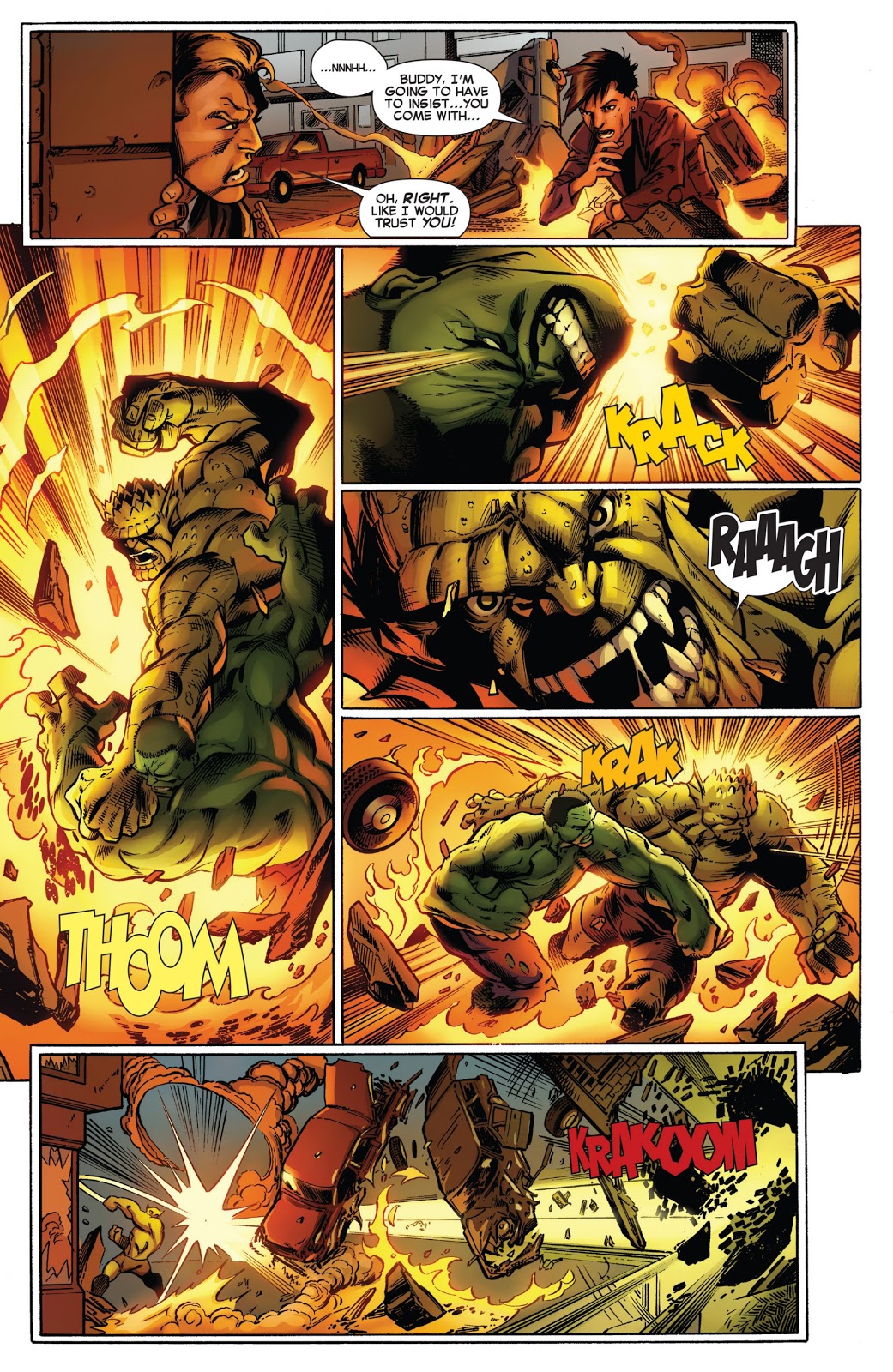 How do you kill the Hulk? Mark Waid brought the Indestructible Hulk series to an end with the answer. On the final page of Humanity Bomb someone shot Bruce Banner in the back of the head. Turns out, it wasn’t fatal, as men in black suits coerce the best brain surgeon in the vicinity to operate.

Banner D.O.A. is as much a mystery story as a Hulk Smash! story, although Waid includes plenty of that, working well around the restrictions he’s instituted. Who shot Banner? Why did they shoot him? What did they want when they abducted him? Not all the answers are here, but there’s enough entertainment that carrying things over doesn’t matter too much. Waid makes good use of the cat and mouse game Banner’s been playing with S.H.I.E.L.D. director Maria Hill, each of them believing themselves in control, and he throws in old enemy the Abomination and the Avengers for the action scenes.

After the rotating, and sometimes unsatisfactory artists over the last couple of Indestructible Hulk graphic novels, it’s a relief to have the comforting superhero pencilling of Mark Bagley on every page of the main story. You know exactly what you’re getting with Bagley, who delivers solid storytelling, inflated action and reliability.

Given where this series heads with two volumes of Omega Hulk, what was originally the 2014 Hulk annual wouldn’t fit well there, and including it in this collection is the lesser of two evils. However, it provides a fair leap into the future from the ending of Waid’s contribution here. Suffice to say there is a form of Hulk in Monty Nero’s story, and he’s involved in traditional Hulk style action. It concerns Banner’s ill assistant, Patty Wolman, who’s returned to her previous experimentation in order to cure herself. The result is something many might see as bearing more than a slight similarity to a DC character, but it provides a challenge, if not an entirely captivating one, although Nero builds Wolman’s past and beliefs well. Luke Ross, Patrick Goddard, and Marc Laming each draw a chapter, and although their versions of the Hulk differ, it’s good art throughout.

This collection ends Waid’s Hulk run with a few mysteries left for Gerry Duggan to pick up on, and on a generally high note. His hallmark has been interesting ideas, but not always the smoothest of stories, and the effect of what he’s written has been hampered by a succession of less than ideal artists with clashing styles, some good but not suited to the character, and others not so good. Banner D.O.A. is also available with the continuations as Hulk by Mark Waid and Gerry Duggan: The Complete Collection.