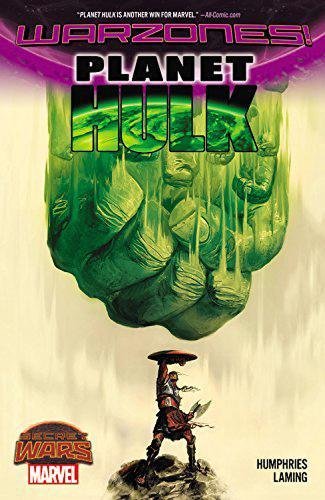 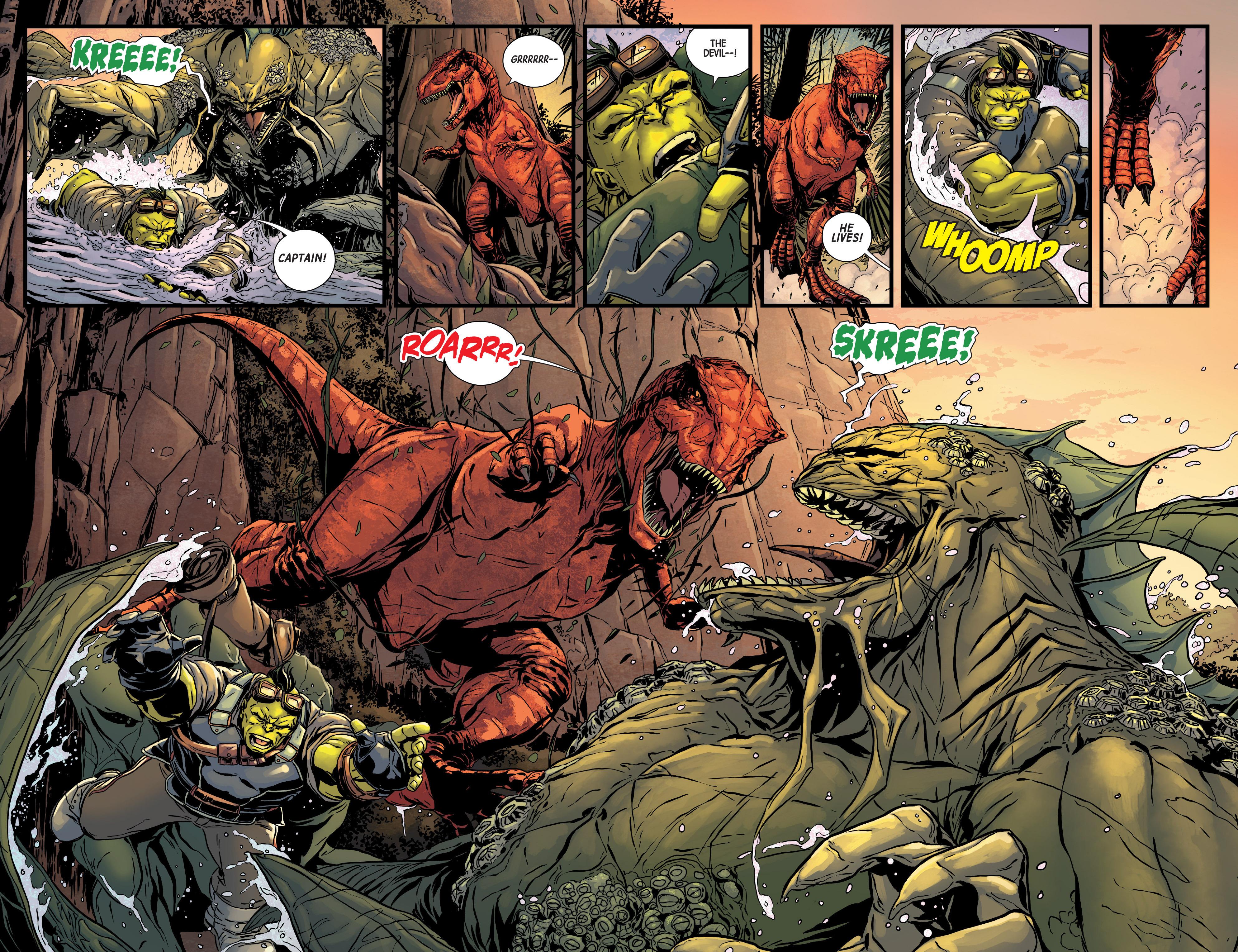 All Warzones titles are connected with Secret Wars, but most fly this well under the radar, occasional mentions of subservience to Doom or the appearance of his Thor enforcers being the only indicators. Planet Hulk is more explicit with its connection, featuring an early appearance from Doctor Doom. He sends a version of Captain America accompanied by a tyrannosaurus rex to what’s known as Greenland. Unlike the Planet Hulk graphic novel where the Hulk was transported to a gladiatorial planet, this is an area saturated with gamma radiation, so populated solely by versions of the Hulk, animal, vegetable and human.

This Captain America’s motivation is to rescue his one-time companion Bucky Barnes, and Sam Humphries’ script takes breaks from investigating the results of gamma infusion with interludes showing how their life was previously. He teams Captain America with a more voluble Hulk, dropping in the occasional literary joke, and this Hulk constantly provokes with debate. The result is a twisted buddy version of The Road, but this is an artificial limitation that minimises the wonders of the world. The more astute will consider themselves a step ahead of what’ll surely be the final chapter’s revelation, but they’re likely to be wrong as Humphries skirts away from the obvious with an equally good disclosure.

That animals and plants have also been transformed into Hulks is a great idea, and there’s no shortage of the incredible for Marc Laming to draw. He’s an excellent artist, but not one that’s right for this type of material. The scenery is fantastic and every line scrupulously applied, but that’s too controlled, and it lacks the visceral energy that would really bring the story to life. He is good with the sheer scale of the dinosaur, though, and those featuring it are his best action pages.

As with other Warzones graphic novels taking familiar titles, Planet Hulk confounds expectations by providing an alternative logic to the title. However, it also does so by minimising the possibilities of the world supplied. Each chapter has its violent surprise, but a world of Hulks provides a backdrop to philosophical debate. Yes, that also confounds expectation, but it’s not the story most would want. Accept it, though, and there’s some thoughtful fun to be had.

Anyone curious how a world of Hulks came about can learn via a back-up strip from Greg Pak and Takeshi Miyazawa. This is more tongue in cheek, provides a return for Amadeus Cho, and Miyazawa’s art is joyful.