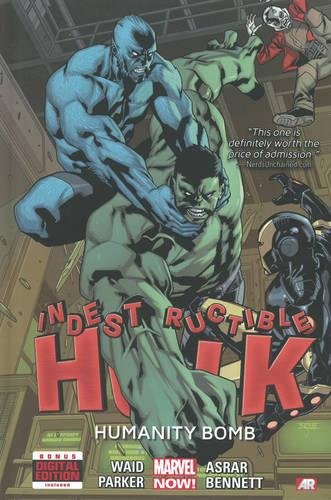 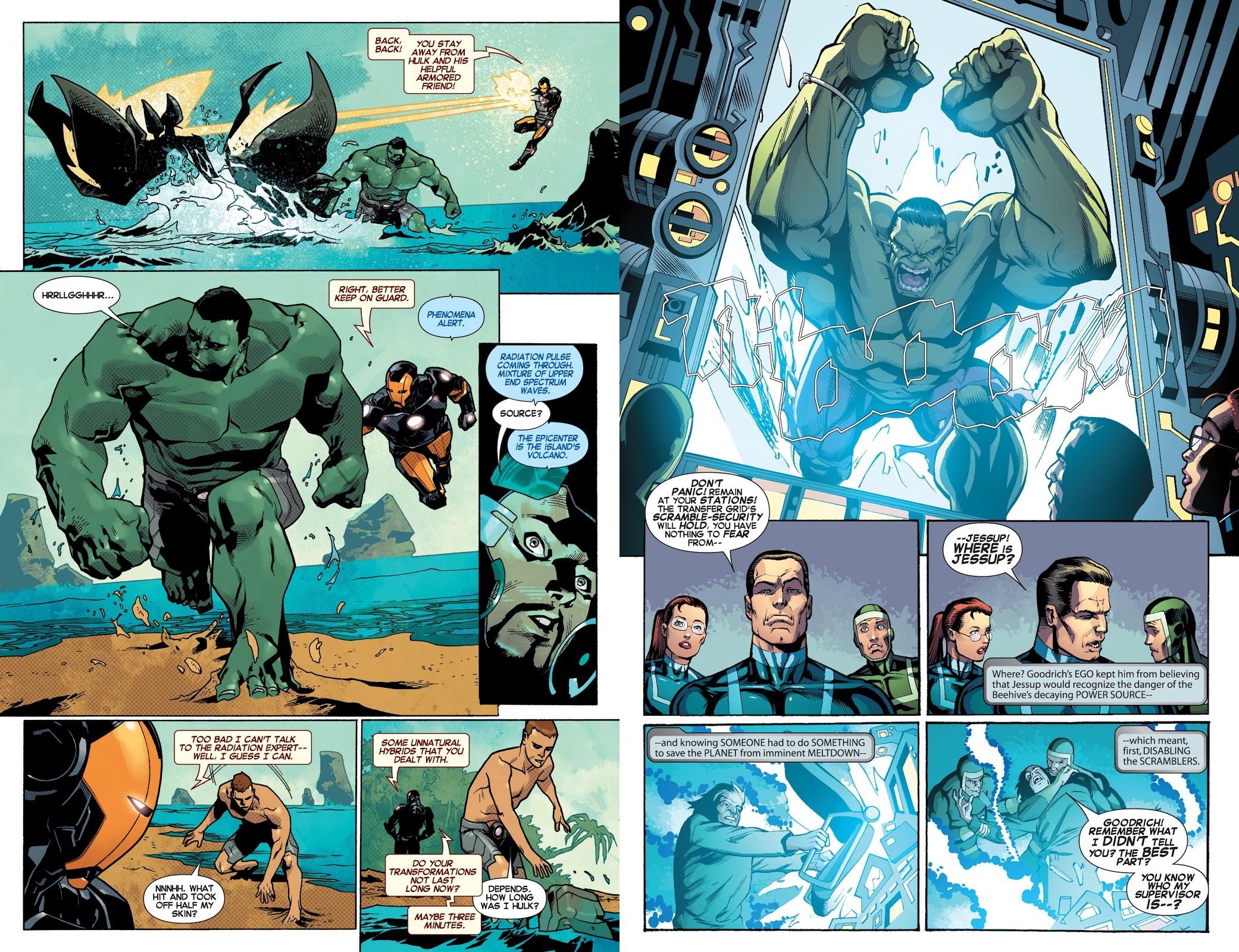 Over the three previous volumes the artwork on Indestructible Hulk has been inconsistent, and as if to completely force home how little Marvel care about that, only Mahmud Asrar (sample art left) and Joe Bennett (sample right) manage to complete an entire chapter of Humanity Bomb. The third chapter has three artists over twenty pages, and the clash of styles throughout saps any quality from the plots.

These primarily tie in with Inhumanity, events in which the gas that transforms individual Inhumans on puberty is loosed on the wider world with the result that ordinary people throughout the globe find themselves transforming into strange new beings. Amid this Waid remembers the series supporting cast, and takes a dip into their backgrounds as he also explores Bruce Banner’s jealousy regarding the achievements of other Marvel scientific geniuses. The provocation of Iron Man in particular comes over as plot-serving rather than anything a rational human would do under the circumstances. The most interesting part of Waid’s contribution is Banner confronted with the possibility that he can be permanently cured of being the Hulk, but there’s something curiously old-fashioned about the story. A few scientific principles apart, it could have been produced in the late 1960s by Roy Thomas and Herb Trimpe. There is a cliffhanger ending, and that leads into Banner D.O.A., Waid’s continuation on the character.

Opening Humanity Bomb there’s what was originally a Hulk annual by Jeff Parker and Asrar, focussing on a scientific genius who lectured to a young Banner and Tony Stark, yet now perceived as a threat. Key is Parker’s interesting point that science is only properly funded for military needs. Unfortunately, as with some of Waid’s work, the idea is greater than the execution, which amounts some buddy bonding and a less impressive version of Ego, the Living Planet. Asrar shines with the action, but compared with his work elsewhere doesn’t seem as interested in the talking sequences.

The run of slipshod and haphazard art may well have drained any enthusiasm Waid had for working on the Hulk, and a reboot with a single artist was certainly a viable way forward, but it leaves this as ordinary and inessential. If preferred, an alternative is Indestructible Hulk By Mark Waid: The Complete Collection. 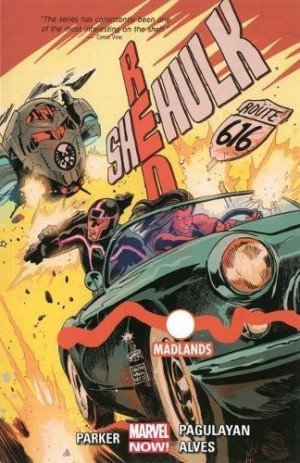