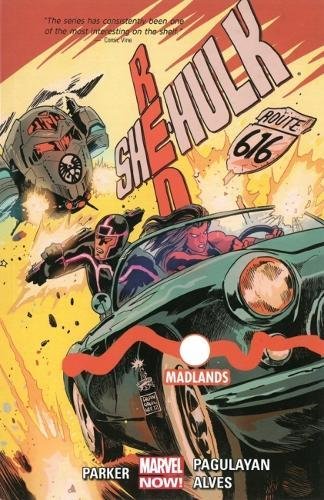 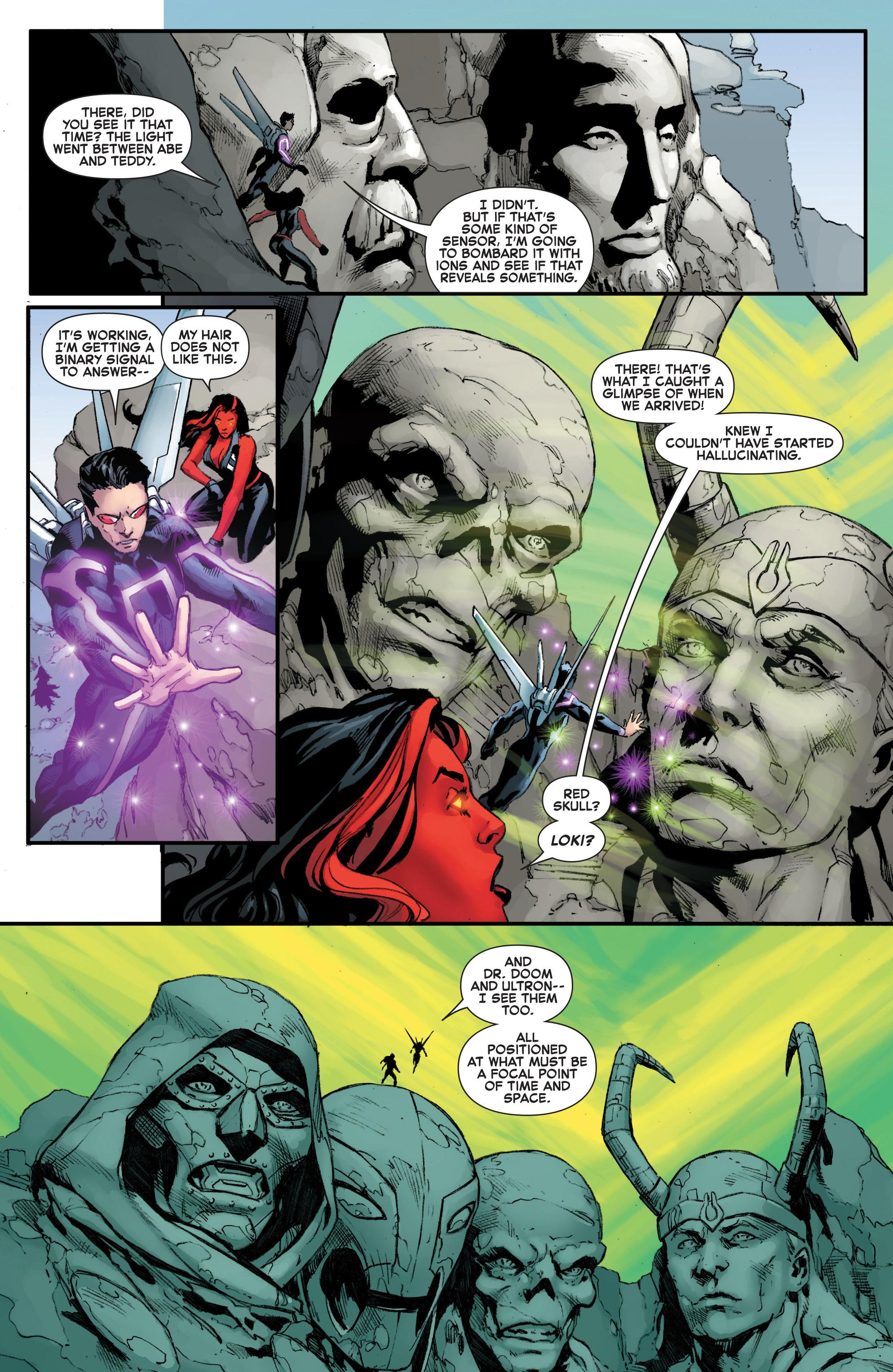 Hell Hath No Fury re-established Betty Ross as fighting the good fight while fearing a seemingly inevitable loss of her humanity in the future as her personality is gradually over-written by her Red She-Hulk alter-ego.

This information was a result of interacting with a super computer able to predict the future with 100% accuracy, and with an intriguing personality as a guardian. The information provided also indicated the superhumans currently being developed by the covert military-related Project Echelon will over-run humanity. Betty has taken on the role of attempting to close down Echelon, aided by the more recent convert, the android Machine Man.

Jeff Parker’s work on that opening volume was a greatly extended set-up, but most of Route 616 is an improvement, with Parker back to the writer of inventive and entertaining stories that he’s been elsewhere. Red She-Hulk and Machine Man are on a quest, and that brings them into contact with many familiar faces from around the Marvel Universe. He teases with She-Hulk (green variety) for a while before delivering, and throws in Man-Thing, who has a pivotal purpose, but the new self-aware talking model is a definite mistake.

Not wanting to spoil the surprises, but primary artists Carlo Pagulayan and Wellinton Alves are called on to illustrate a fair variety of exotic environments and characters, and convince with them all. It’s presumably Parker’s concept of Mount Rushmore being altered to depict the greatest villains of the Marvel universe, but Pagulayan’s version of it has a great shock value. Alves, however, produces the most distinctive and decorative art, and his pages have a greater clarity. He’s so valuable it takes two artists in Joe Bennett and Patrick Olliffe to replace him on the single chapter where he’s absent.

Everything is chugging along nicely until it seems Parker was told to wrap up his complicated plot as the original serialised comic was being cancelled for a re-boot. Here everything falls apart in double-quick time. The actual ending to the plot is neat (as Parker himself comments via the dialogue), but involves a hollow and prolonged fight sequence that occupies pages without moving the plot forward. Yes, superhero graphic novels, and this is a superhero graphic novel, subsist on fight sequences, but this has the feel of filling pages.

There’s a far better graphic novel to be had by compressing Hell Hath No Fury and Route 616 into a single volume and eliminating the chaff.