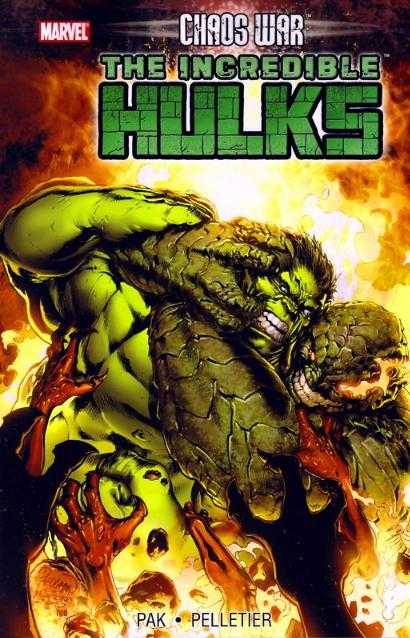 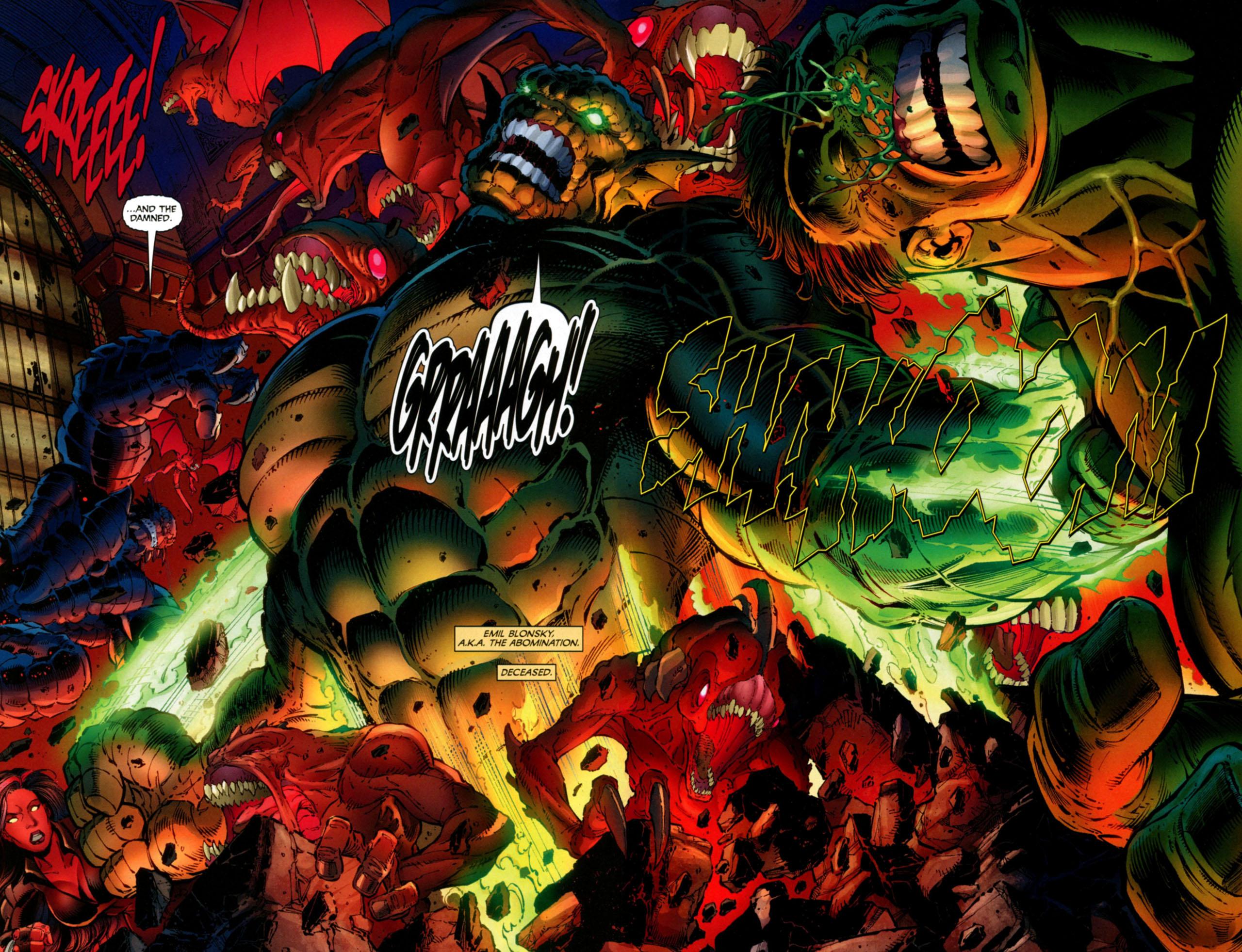 This ties in with Chaos War, in which the Chaos King, based on Japanese deity Amatsu-Mikaboshi has concluded the universe was an infinitely preferable place when he was alone within it, so that state of affairs should be restored.

Where this crossover tie-in benefits is that it’s written by Greg Pak, who’s also orchestrating the main series, so unlike some crossovers Pak at least has an understanding of the bigger picture seemingly absent in some other cases. A theme of Chaos War is resurrecting dead characters as part of a sweeping clearout of the underworld, and there have been plenty of those over the Hulk’s long and violent history. First back is the Abomination, relatively rapidly after his demise, raising the suspicion Pak already had this story on his agenda.

As seen in Dark Son, the Hulk’s been travelling with a posse, so She-Hulk, Red She-Hulk, Rock monster Korg and Rick Jones in his A-Bomb identity are also usefully on hand when it comes to dealing with the Abomination and a demon named Zom. There’s a clever twist connecting back to a popular member of the Hulk’s older supporting cast, and the danger they’re placed in supplies an emotional core missing from the previous Dark Son. Pak increases that emotional pull with the arrival of a few others connected to the cast, giving pretty well everyone a singular purpose within the bigger picture, and every time you might consider he’s ramped things up as far as they can go, he’ll surprise.

Pak’s plot certainly provides all the visual cues enabling Paul Pelletier to present first rate widescreen Hulk action. Assorted Hulks smash in every direction, and the sheer grimacing power is off the scale, but he doesn’t slack off in the quieter moments either, providing detail and resonance.

The linear structure makes this the best of all the Chaos War titles provided you read it as a tie-in. If not, there may be some frustration that after three chapters of solid build-up, the resolution occurs in the Chaos War graphic novel. The following two chapters where the Hulk takes on the gods has a neat theological twist, and after the that the continuity of the assorted Hulks picks up in Planet Savage.

However, there’s more to Chaos War, a batch of short stories by assorted creators spotlighting the Hulk’s allies, what he refers to as the Hulk Family. Some occur before the main Chaos War, and some during. Simon Bisley, an artist that might be considered a match for the Hulk, is strangely restrained, but all the stories read well, and the smartest of them is Tim Seeley and Al Rio showing just why She-Hulk is suited to work alongside some of her more savage colleagues.