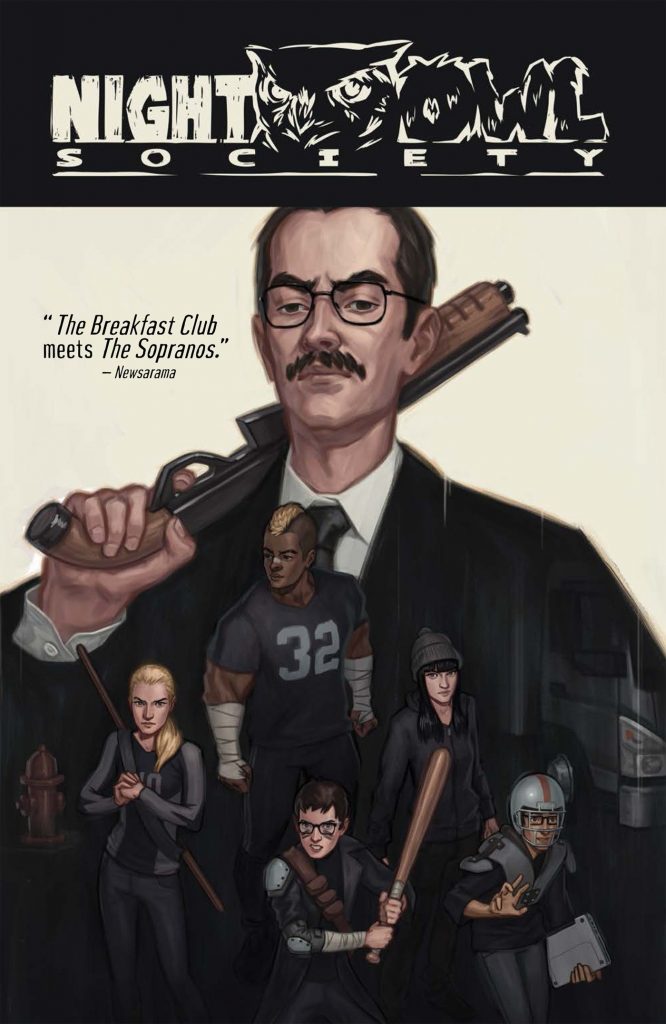 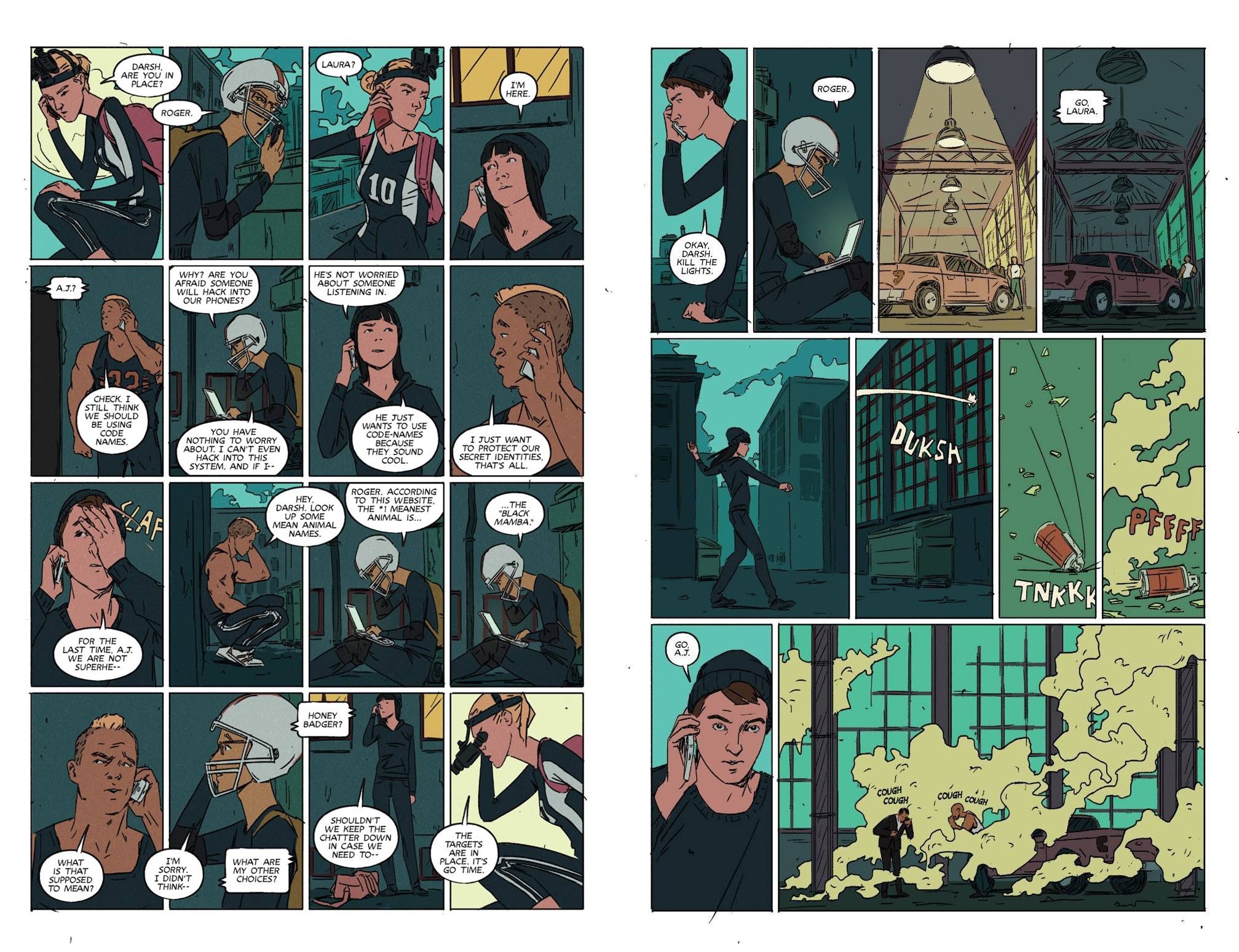 Night Owl Society sets a likeable mood from the start as we see high school kid David Foxworth try to sneak out of his home early in the morning and break into the premises of a local mob boss. He’s careless, but lucky, which prompts the realisation that perhaps he needs some help to bring down the gangster responsible for his best friend’s death. Observation is one of David’s skills, and he knows just which kids at his scholl will be able to help him. His plan is to continually disrupt operations, and only then will he let the hammer fall.

There’s a long literary tradition of the plucky kids putting the world to rights. The Hardy Boys began in 1927, The Famous Five in 1942, with many others since, and Night Owl Society follows in their footsteps. However, it’s no coincidence that the villain of the piece, as seen on the cover, resembles Breaking Bad’s Walter White, indicating someone more ruthless than the Scooby Gang would tackle. A killer ending to the first chapter reinforces this, and James Venhaus manages to keep a smart sense of suspense simmering as we watch the Night Owls go about their business. It’s indicated that there’s something more going on than we’re being shown, and brief flashbacks gradually confirm this.

In order to maintain a dramatic pacing Pius Bak uses a lot of small panels, rapidly switching from one person to the next providing reaction shots to accompany the pithy snippets of dialogue. It’s a rare word balloon containing more than fifteen words, and Bak breaks down this minimalist approach extremely well. In places though, his simple, loose style seems out of focus, as if the art has been deliberately smudged, and that’s unappealing.

Everything’s out in the open from halfway, revealing a clever plot with another nod to Breaking Bad, as Venhaus plays out the twist we’ve known about since the first chapter. The pacing, the drama and the character notes all fall neatly into line from a writer with both film and theatre experience, and almost everything works until the final pages. A gratuitous death provides cheap emotional impact when Venhaus could have conceived something better, but it’s not a moment that fails in context. So it’s only the cheesy final panel that disappoints in a neatly conceived fall and rise arc. If you’d like a greater feeling for Night Owl Society’s potential, there’s a neat promo video online.