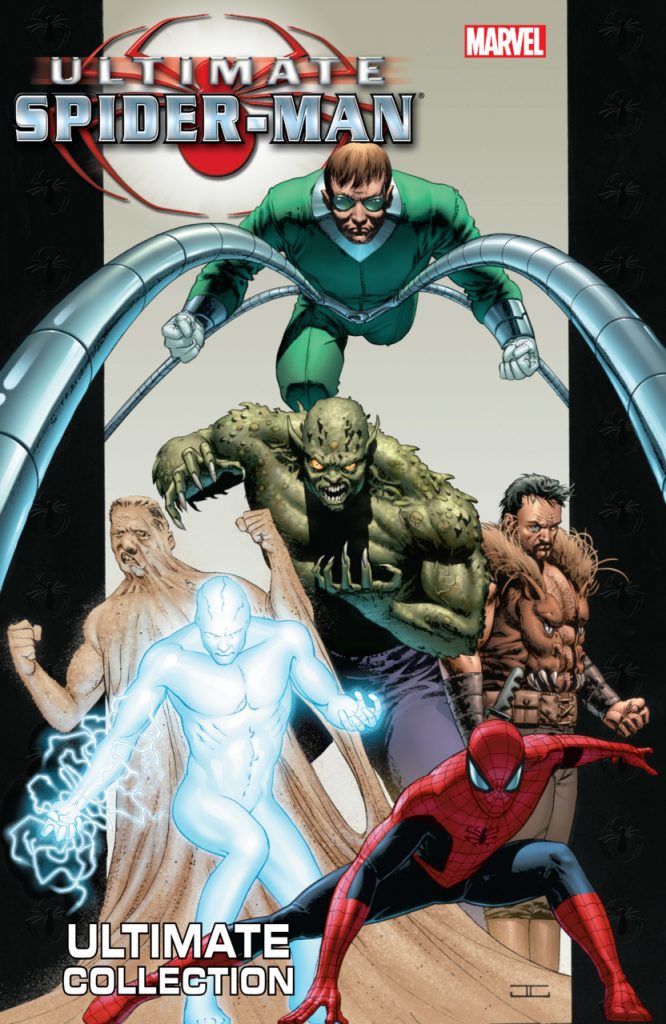 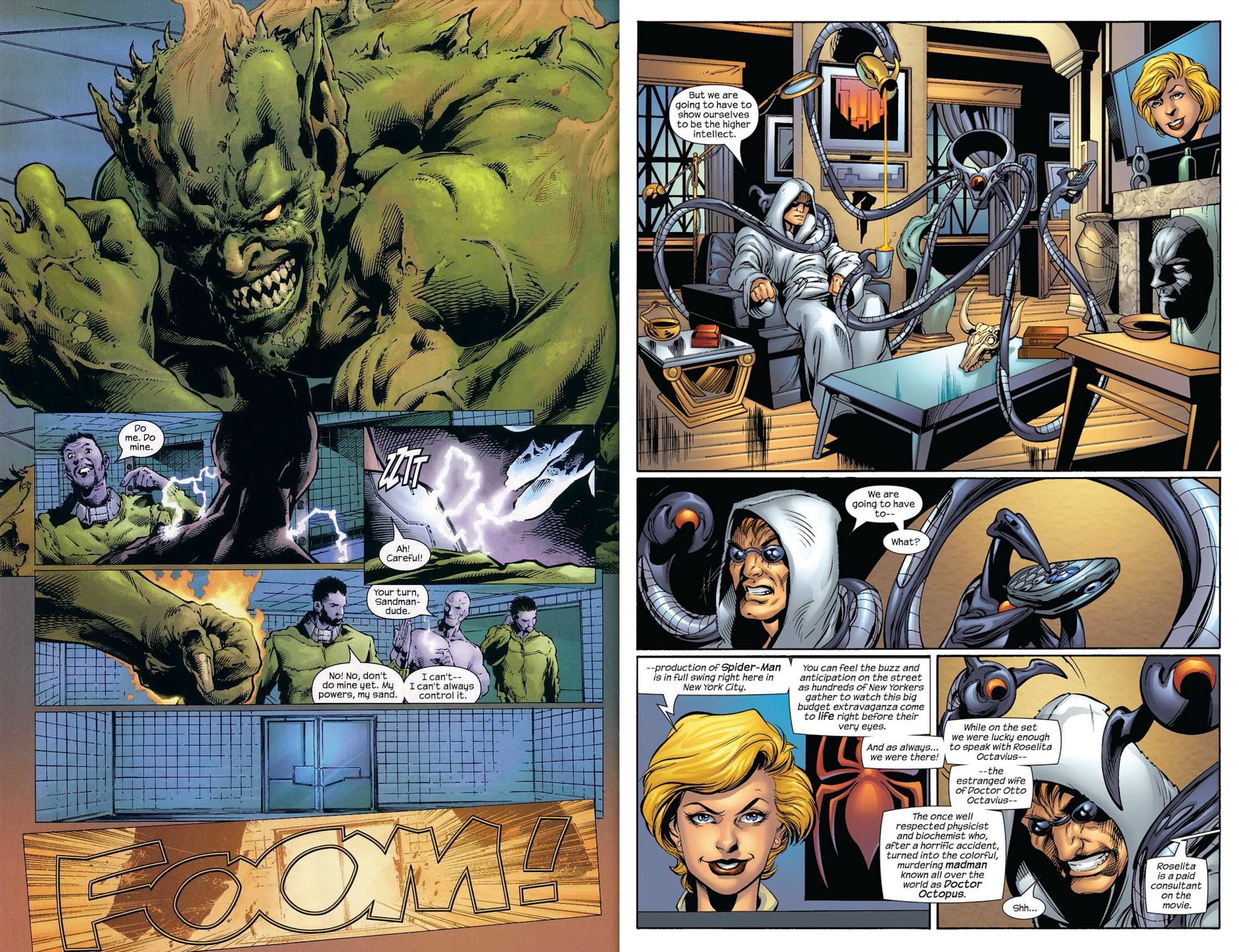 As with earlier volumes, this review covers the hardcover Ultimate Spider-Man Vol. 5 and the fifth paperback Ultimate Spider-Man Ultimate Collection, with the content the same in both. In slimmer paperbacks they’re split into Ultimate Six and Hollywood. They’re both cinematic, one deliberately so in referencing the then forthcoming Spider-Man movie, the other intentionally created as a widescreen blockbuster.

‘Ultimate Six’ doesn’t slot very easily into the Ultimate Spider-Man canon, firstly because it’s drawn by Trevor Hairsine, not Mark Bagley, and secondly, some evidence to the contrary, it’s not really a Spider-Man story. It may unite his enemies, and he and some of his supporting cast certainly feature, but Spider-Man isn’t the focus, and when serialised it wasn’t part of the Ultimate Spider-Man series. While the likes of Norman Osborn and Doctor Octopus are a formidable match for Spider-Man, join them and others together and it’s a power set way beyond his abilities, which is why the Ultimates are more heavily featured. Hairsine runs with the look of their own title by drawing in a passable imitation of Bryan Hitch, high on action and spectacle, yet with a graphic realism. The combination hits the mark most of the time, providing the intended pyrotechnic display along with Bendis’ smart and funny dialogue, very good on Nick Fury, and you’re unlikely to have seen some villains treated or defeated in the manner seen here.

‘Hollywood’ isn’t as successful until a great final chapter with supporting cast hitting all the right spots. There are funny moments to Spider-Man’s indignation about a movie being made about him, and how that’s exploitation, with the anger of Doctor Octopus more direct and violent. Still, as far as the movie crew is concerned, every moment of mayhem on the set featuring the real people saves millions of dollars in filming costs. Because he was also in the real film, Doc Ock had to be the villain, yet we’ve just seen him in the previous story, and while Bagley provides what we’ve come to expect, there’s an element of coasting about the plot once it leaves the movie set. A saving grace is a good role for Gwen Stacy.

These are the final stories in which Art Thibert inks Bagley’s pencils, and that’s never been a comfortable combination. Scott Hanna takes over for the final few chapters, a smoother look resulting, and although the inkers vary over future volumes, the capable Drew Hennesy is the main choice.