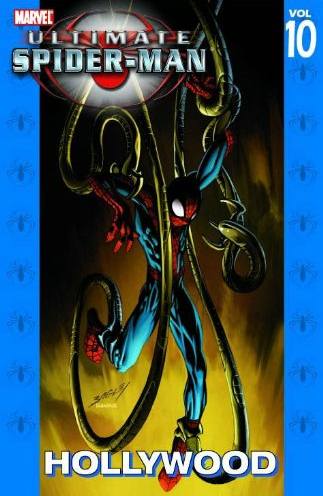 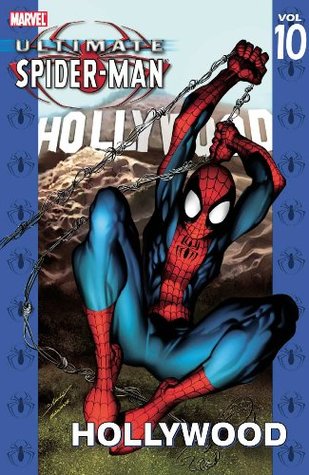 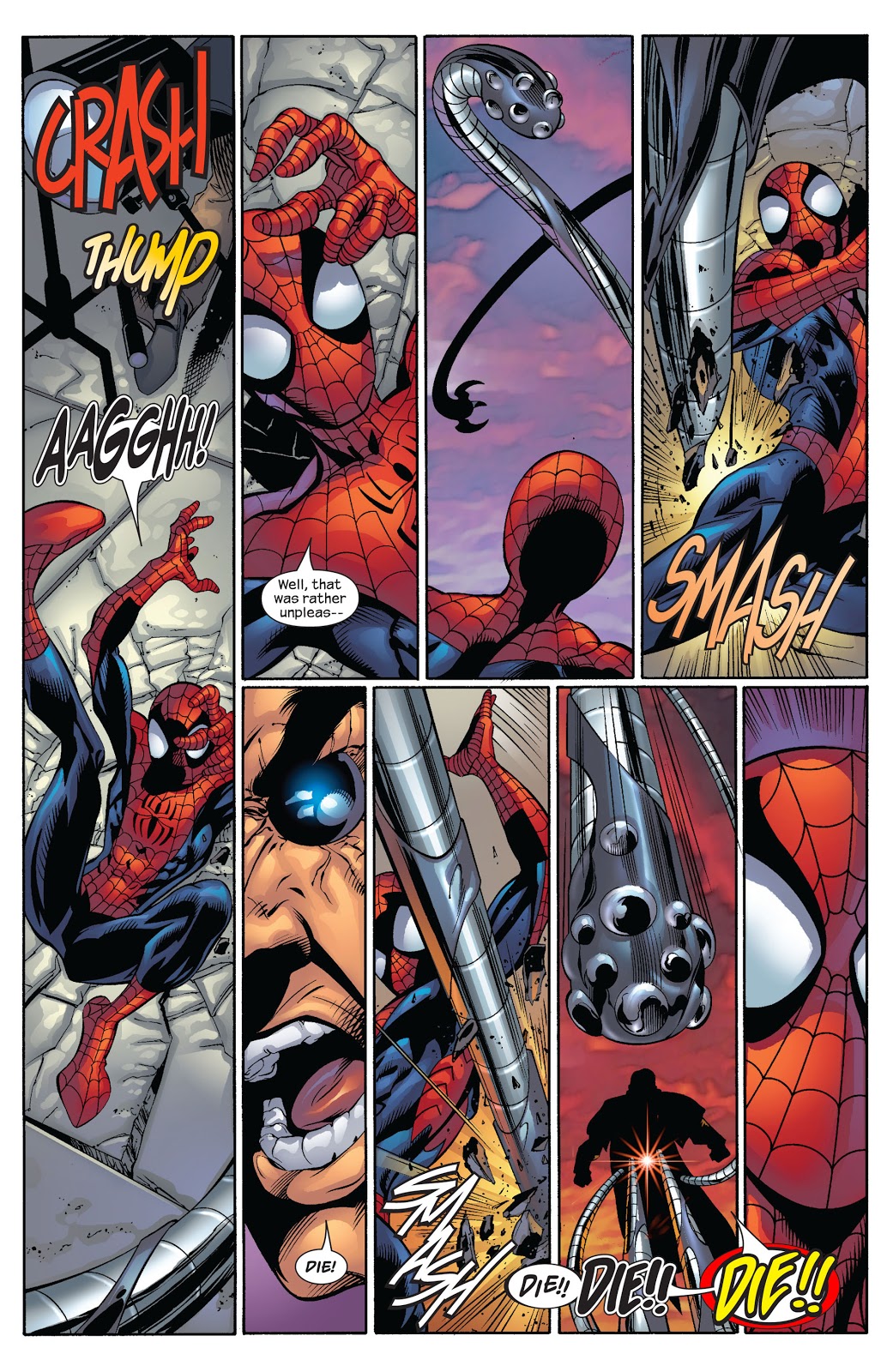 Unlike the original Spider-Man series that inspired it, Ultimate Spider-Man turns almost every villain’s appearance into an event, stretching it over several chapters. The exceptions are the cannon fodder, such as this universe’s version of the Shocker. That however, presents a problem when someone makes a return, in this case Doctor Octopus. He was thoroughly explored in Double Trouble, and played a large part in Ultimate Six, so his menace over four chapters here doesn’t have the same resonance.

Hollywood is the title because Brian Michael Bendis begins with an enthusiastic romp on the set of the then recently released Sam Raimi Spider-Man movie, simultaneously made in the Ultimate universe. Neither Spider-Man nor Doc Ock are best pleased at the idea, although for different reasons, and after an initial fun sequence, they set about each other. The filming set provides Bendis and artist Mark Bagley with enough props to sustain the action, before that’s transferred to a plane.

The developments in Peter Parker’s own life have a far greater resonance. The spiky and unpredictable version of Gwen Stacy has been a constant scene stealer, and is given a great role in Hollywood. This ties into Bendis’ running joke of so many people knowing Peter is Spider-Man, which takes a logical, but emotionally torturous turn. Bendis has been great with sequences of Peter and his school friends, and makes no mistakes here in really turning the screw, yet it’s beautifully resolved in a final chapter containing several other wonderful character notes.

There’s fun and it’s well choreographed, but this also the first Ultimate Spider-Man volume where there’s a feeling of some coasting, and proves to be the weakest of the Bendis/Bagley run despite the good scenes with Gwen. Carnage is up next.