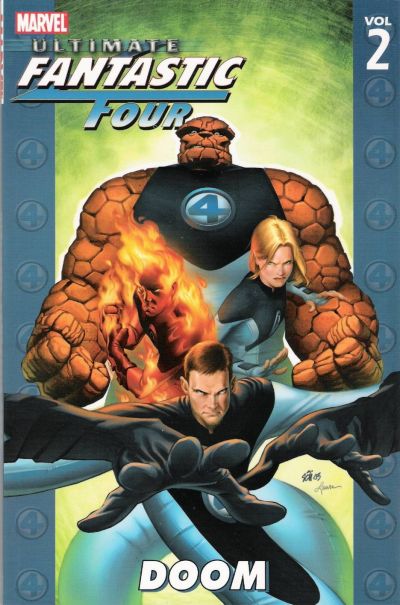 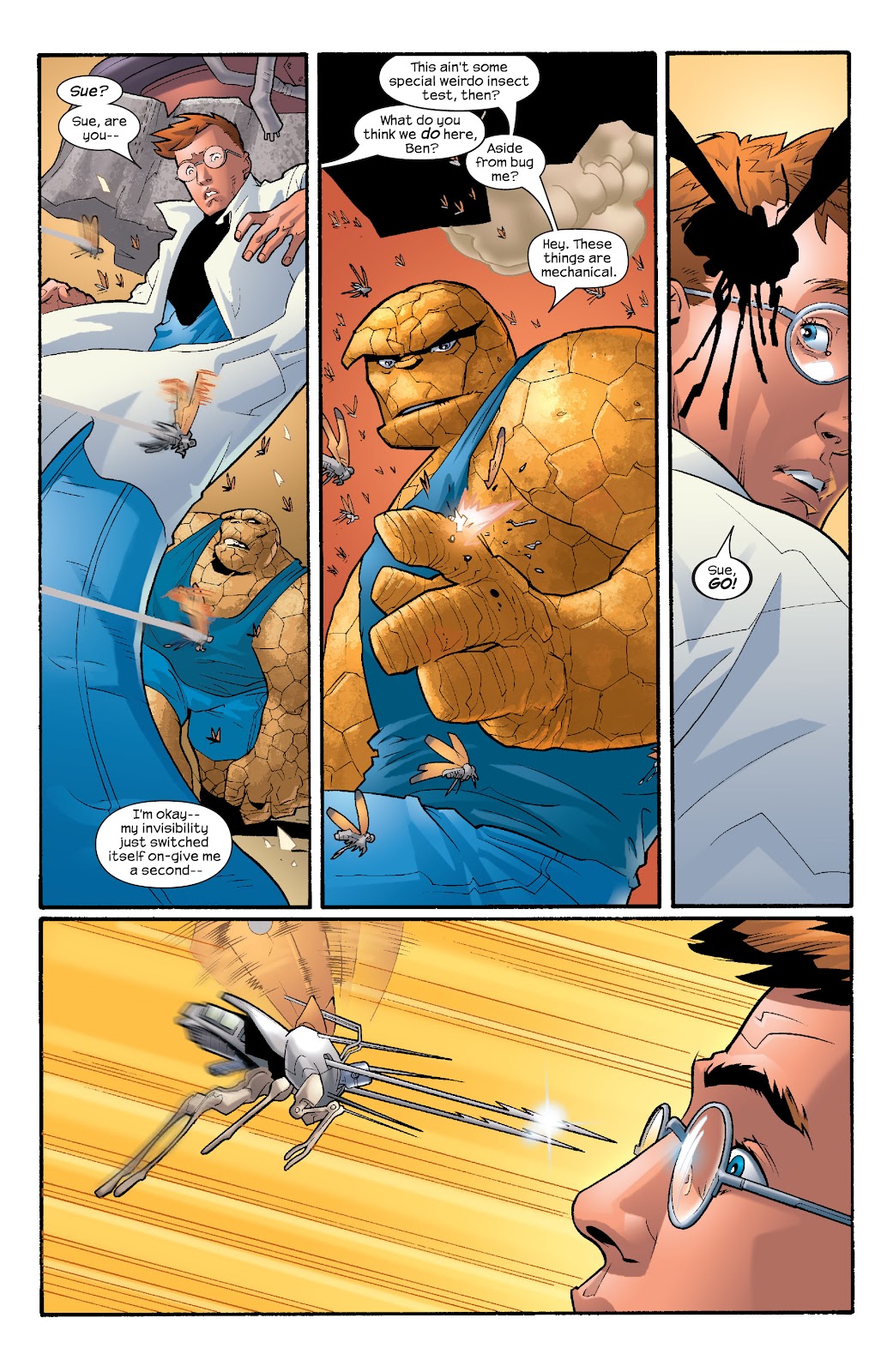 Brian Michael Benids and Mark Millar combined to produce the origin story for this revised and updated Fantastic Four, but it’s now left to Warren Ellis to pick up from where they left off in The Fantastic. He begins by tackling the loose end of what’s happened to Victor Van Damme after the tragedy in Nevada.

Ellis is bequeathed a fractured and separated Fantastic Four two months after their transformations, unsure of what the future holds. Many of his other other projects emphasise science, and his interest in that provides the concurrent plots. He starts in the opening chapter by positing that in order to stretch his body the way he does, Reed Richards can no longer have any internal organs. Later he suggests by stretching his eyeball Reed has exceptional sight. There’s also some cataloguing of the Thing, and as seen on the sample art, Ellis introduces micro-technology, a relatively new theory on original publication.

Despite drawing numerous highly regarded projects over the years, Stuart Immonen doesn’t seem to have the reputation his artwork earns. He’s a fantastic superhero artist. His sense of how to make every panel visually interesting was virtually unmatched by artists working on similar titles during his career, and he fills panels without ever making the people looked squashed into them. Their expressions tell how they feel, and his action scenes are creative.

As Bendis and Millar did in the opening volume (with which this is combined in hardcover as Ultimate Fantastic Four Vol. 1), Ellis adds little pieces of logic to Fantastic Four standbys. The Thing’s catchphrase of “It’s clobberin’ time” is explained as something his old football coach said before a game, and while Immonen presumably designs the compact new version of the Fantasti-car, Ellis theorises the science behind its capabilities.

Instead of basing Doctor Doom in Latveria Ellis uses the real world Danish commune community of Christiana as the location for Doom’s power play. There’s a prolonged set-up via some cat and mouse ploys, but when the confrontation with Doom arrives it’s surprisingly ordinary. Having been so creative when dealing with the potential powers of the Fantastic Four, their first actual use in combat doesn’t resonate. There’s enough other stuff of interest overall to rank Doom as better than average, but let’s hope for greater spectacle in N-Zone. 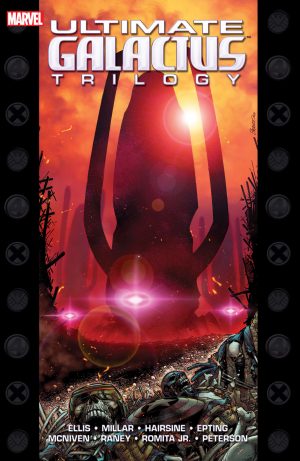