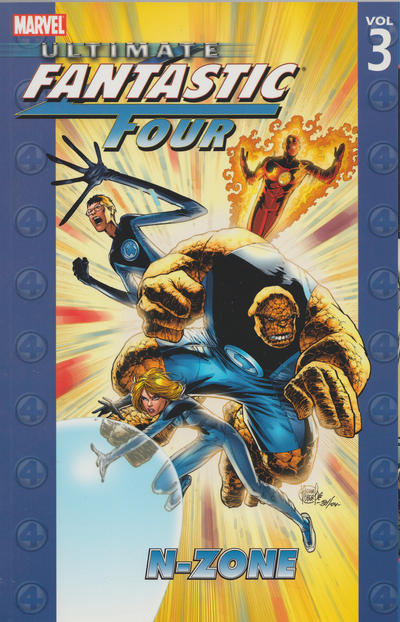 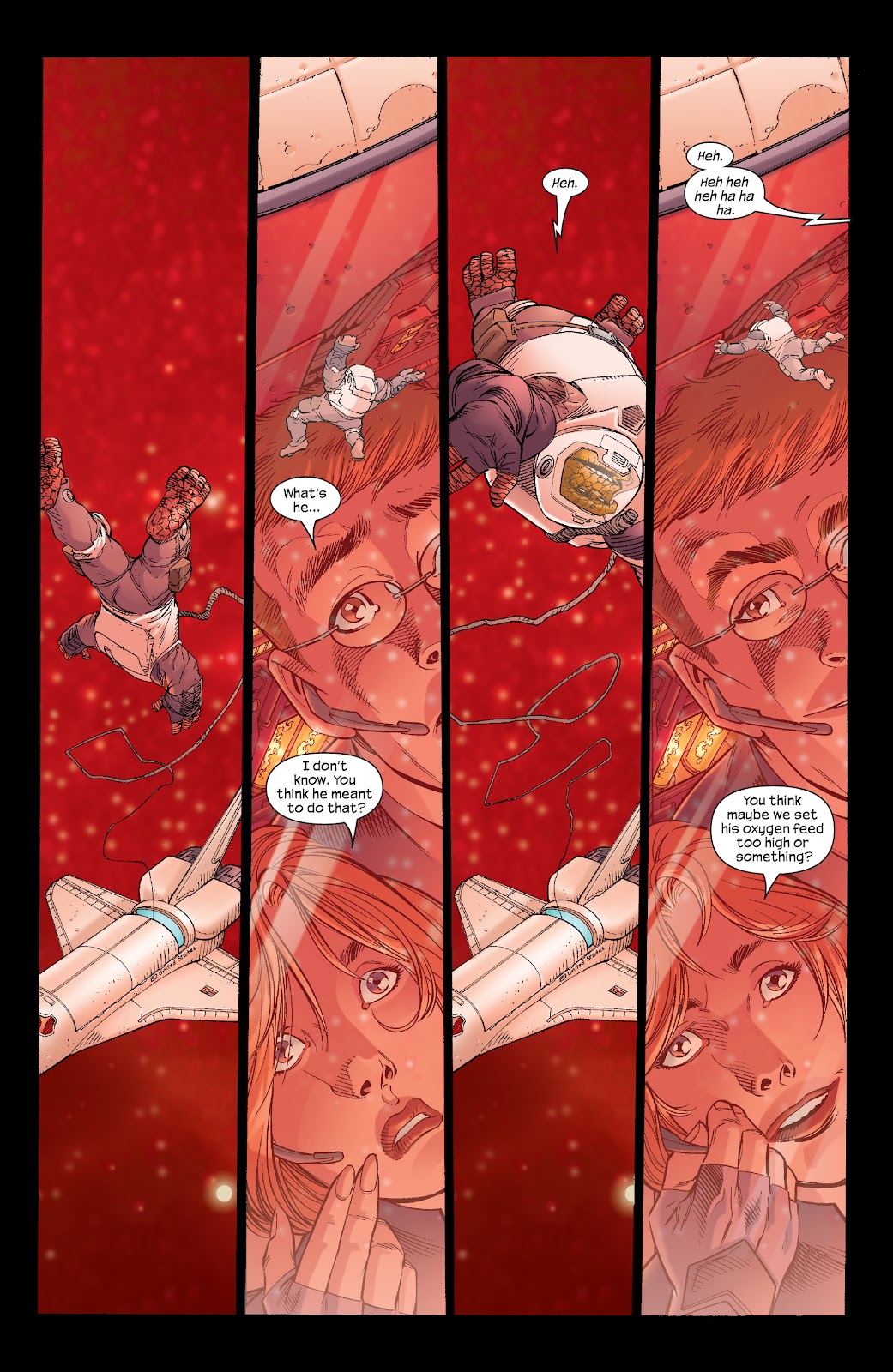 A terrible accident in the N-Zone resulted in molecular changes to the structures of four people, in effect giving them super powers, but in Ben Grimm’s case it’s also left him looking like a rocky monster. Reed Richards is convinced the effects can be reversed, but it’s necessary to know the alterations to the codes made by Victor Van Damme. In Doom, he refused to supply that information, so Reed has to find other ways of discovering the necessary data and N-Zone turns out to be a volume of escalating pleasures.

It starts slowly, though, very slowly. Unlike Marvel’s 1960s iteration of Fantastic Four there is no new enemy supplied every chapter in Ultimate Fantastic Four, and that’s both a freedom and a limiting factor, the latter because it means other ways have to be found of providing the entertainment. Warren Ellis seems more interested in the conceptual possibilities anyway, so would probably have viewed it as a blessing, but the decompressed story that results here could really do with a kick into action.

Adam Kubert may draw them very nicely, but never draws more than four panels to a page, and the first third of N-Zone concerns working out the methodology, funding, and permissions for another trip into the unknown. It’s slightly more interesting than that makes it sound, and Kubert’s skill elevates it a little further, but it’s still taking a long time to arrange something that Stan Lee and Jack Kirby would have knocked out in two pages, not two chapters.

There’s greater wonder to the third chapter, and the fourth introduces the Ultimate universe version of a familiar FF enemy, one most readers will be able to guess. It’s here that Ellis is at his best, playing on readers knowing who the FF have just met, and what they’re really like, although Reed’s immense scientific curiosity dampens all suspicion on the first encounter. The remainder is the widescreen action we’ve wanted from the start, Kubert providing the exquisite visual thrills. Extra tension is added by one team member being incapacitated and possibly dying, and the Thing really gets to strut his stuff for the first time in the series.

N-Zone is like a bicycle freewheeling down an ever steeper hill. It takes a while to get going, but develops into a real thrill ride that’s only ever going to end with a big crash. That’s it for Ellis and the Ultimate Fantastic Four, but Mark Millar’s back for Inhuman, with which this is combined in the second Ultimate Fantastic Four hardback.