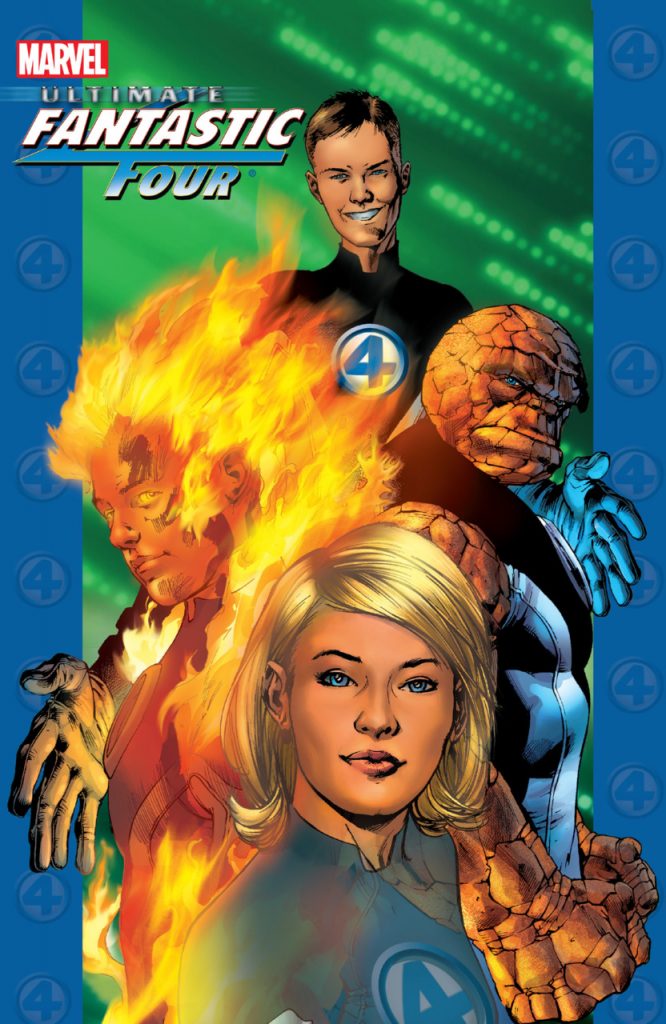 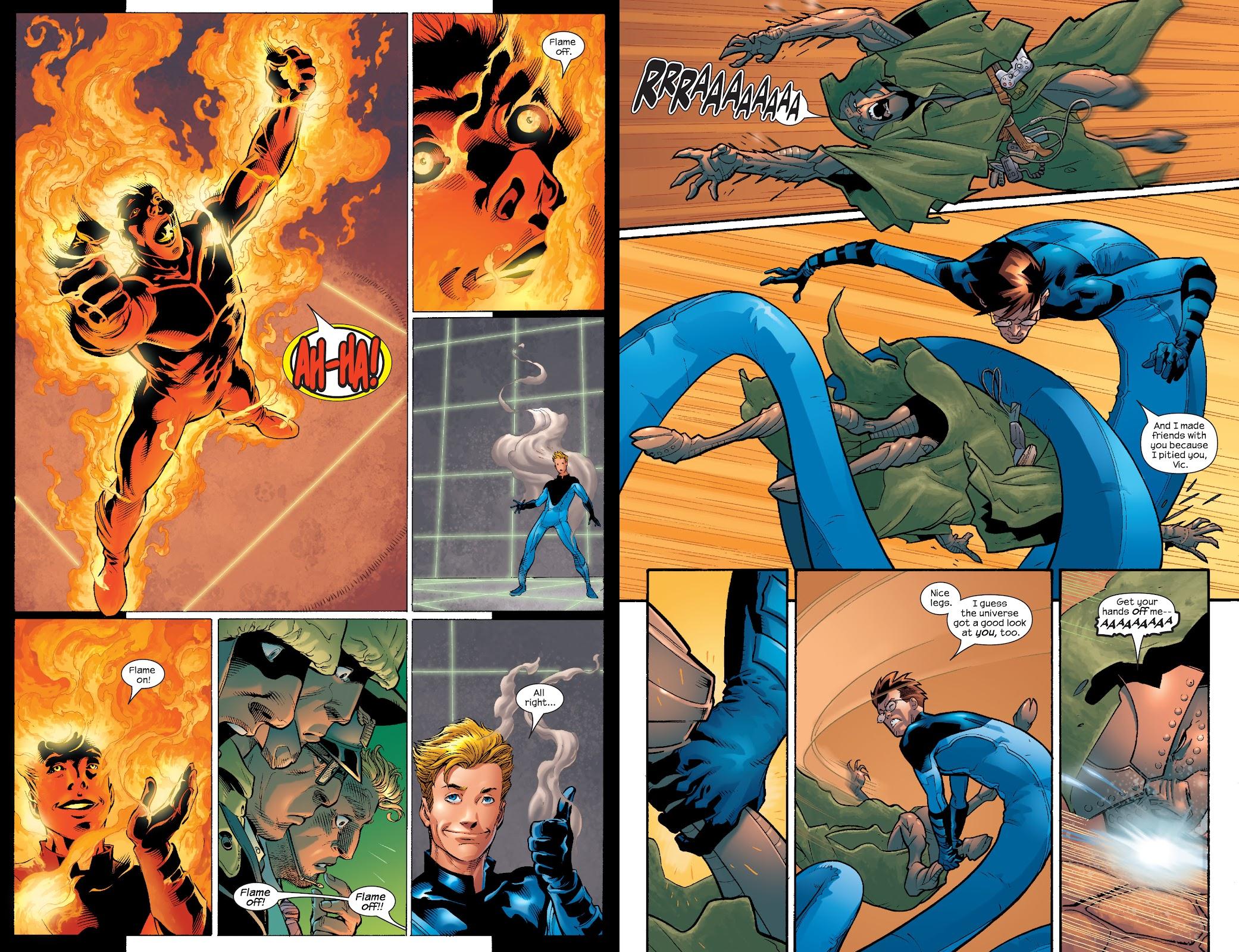 To enjoy Ultimate Fantastic Four you really have to be enamoured of decompressed storytelling that supplies all the nuts and bolts, but takes a long time to get to the action that you’d imagine is the purpose of a superhero comic.

This combines what was previously issued in paperback as The Fantastic and Doom. The combination of Brian Michael Bendis and Mark Millar re-imagines the origin of the Fantastic Four, a name never applied in this book, while Warren Ellis then takes over and supplies some scientific theorising as to how the powers they end up with actually work.

According to their introduction the well-laid groundwork is down to Millar’s concepts being fleshed out and scripted by Bendis. They reprise the origin of the earlier FF and iron out the logical flaws. In the Ultimate universe there is no maverick scientist and his mates stealing a spaceship, but sabotage resulting in a terrible accident when investigating the N-Zone. Before that happens it’s been established that teenage genius Reed Richards has been recognised and co-opted by the military industrial complex to work with others equally clever. This Susan Storm isn’t a random girlfriend, but the gifted daughter of Professor Storm who runs the unit based in Manhattan’s Baxter Building. The arrival of Reed’s childhood friend Ben Grimm at exactly the wrong moment is random, though. Victor Van Damme is an arrogant sociopathic student, and Dr Molevic is one of the faculty supervisors, but he’s also discovered a race of beings beneath the Earth’s surface.

Adam Kubert draws the first story, and Stuart Immonen the second, and although their approaches are very different, you’d be hard pressed to pick another pair of early 21st century superhero artists turning out a comic a month who’d bring similar levels of quality. Both have a facility for making everything look interesting, and they’re both full detail artists, yet also good with people.

The first story is better for moving faster. Explanations provided by Ellis as to the science behind the Fantastic Four and other matters are clever, but their cost is minimal story progress. While the FF acclimatise to start with, there’s some catching up with what Van Damme’s been up to since sabotaging the N-Zone project, and what it’s cost him. The micro-technology he uses was cutting edge in 2004, but has since been seen in many other superhero comics, yet its use remains the highlight. A confrontation with the now armoured Van Damme is a long time coming, and it’s a rather tepid affair, although background items, such as Van Damme being based in Copenhagen rather than Latveria are novel.

As a collection this reads well enough, but isn’t as exciting as the reboots of Spider-Man and the X-Men, and falls well below The Ulitmates. 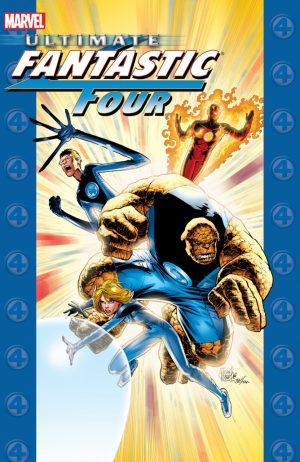 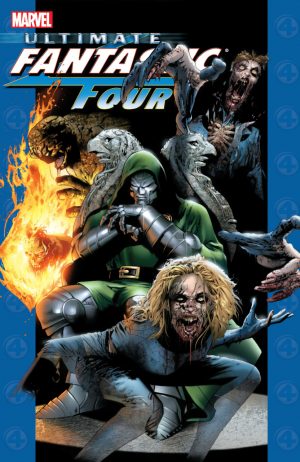