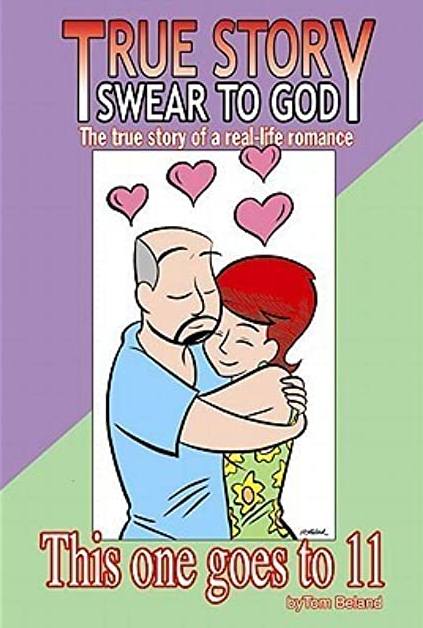 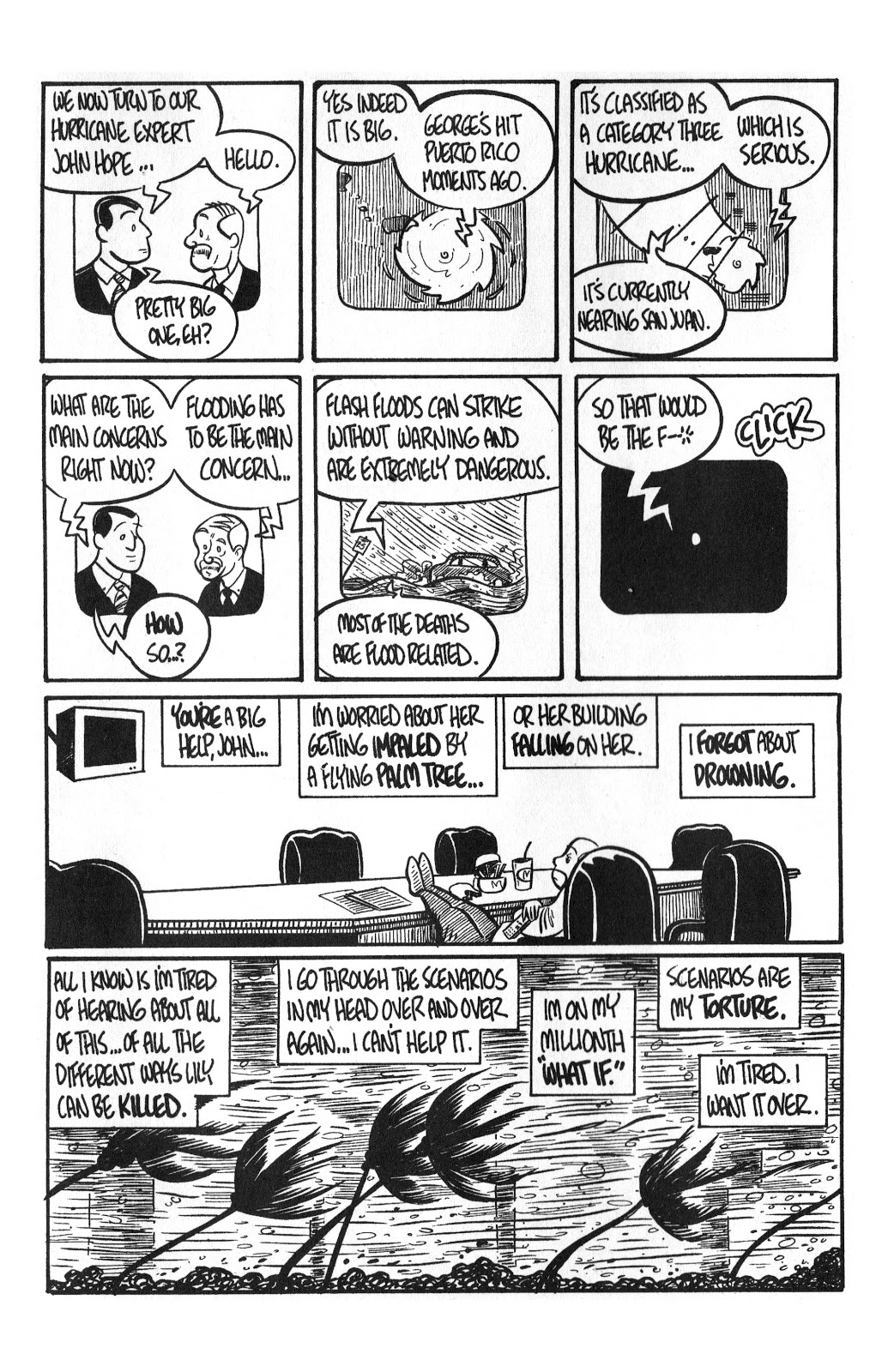 This One Goes to 11 has a title with a triple meaning, first as a Spinal Tap reference, then to indicate that it reaches the eleventh issue of the original comics series, and thirdly as a metaphor for the tropical storm about to hit Puerto Rico. It continues directly from Chances Are, in which Californian cartoonist Tom Beland met Puerto Rican morning radio host Lily Garcia, each smitten at first sight, and how their long distance relationship survived each meeting the other’s families in their home town.

Like many of us before 2017, Beland had never given any thought to hurricanes hitting the Puerto Rican islands annually, but having the woman he loves resident there fosters a considerable sense of concern. Around half the book contrasts Beland at work knowing the hurricane is dousing Puerto Rico, and what Lily in Puerto Rico is going through surviving a storm extreme even by the standards of someone at least used to the phenomenon. It’s also stretching Beland as an artist. Most of the previous collection was neat expressive cartooning, but here there’s a lot of crosshatched backgrounds and some meticulously etched architecture and fallen trees.

Chances Are is charmingly sentimental, but there’s greater depth to This One Goes To 11. While there is no doubt about how Tom and Lily feel about each other, the hurricane supplies a different perspective, forcing them to think about a relationship that’s currently long distance. Each considers whether they should change that. There’s also a greater depth when it comes to Beland’s interactions with his family, with brother Joe’s close relationship being explained. It’s another aspect of his life where he feels he’s let someone else down, and esteem issues are starting to creep into the narrative, which is an indication of how honest the graphic novels are overall.

By the end some decisions have been made, and the enormity of them is well developed. There’s a move from a comfort zone to the unknown, but it’s for love, with all the conflicting emotions that brings explored in the final chapter. Those prone to such things may well shed a tear.

For a long while the graphic novel editions stalled here, leaving around a third of the original run only available as comics, but when Image began issuing new stories, they also published True Story Swear to God Archives Vol. 1. It features the content of Chances Are and this book while also gathering up the issues showing what happened when Beland tipped up in Puerto Rico.