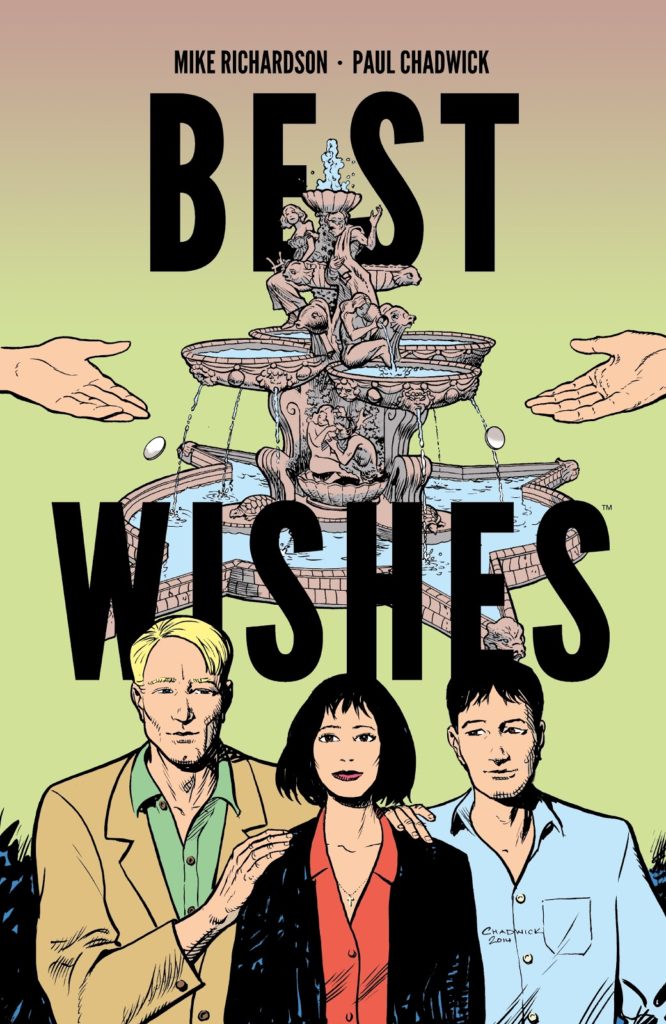 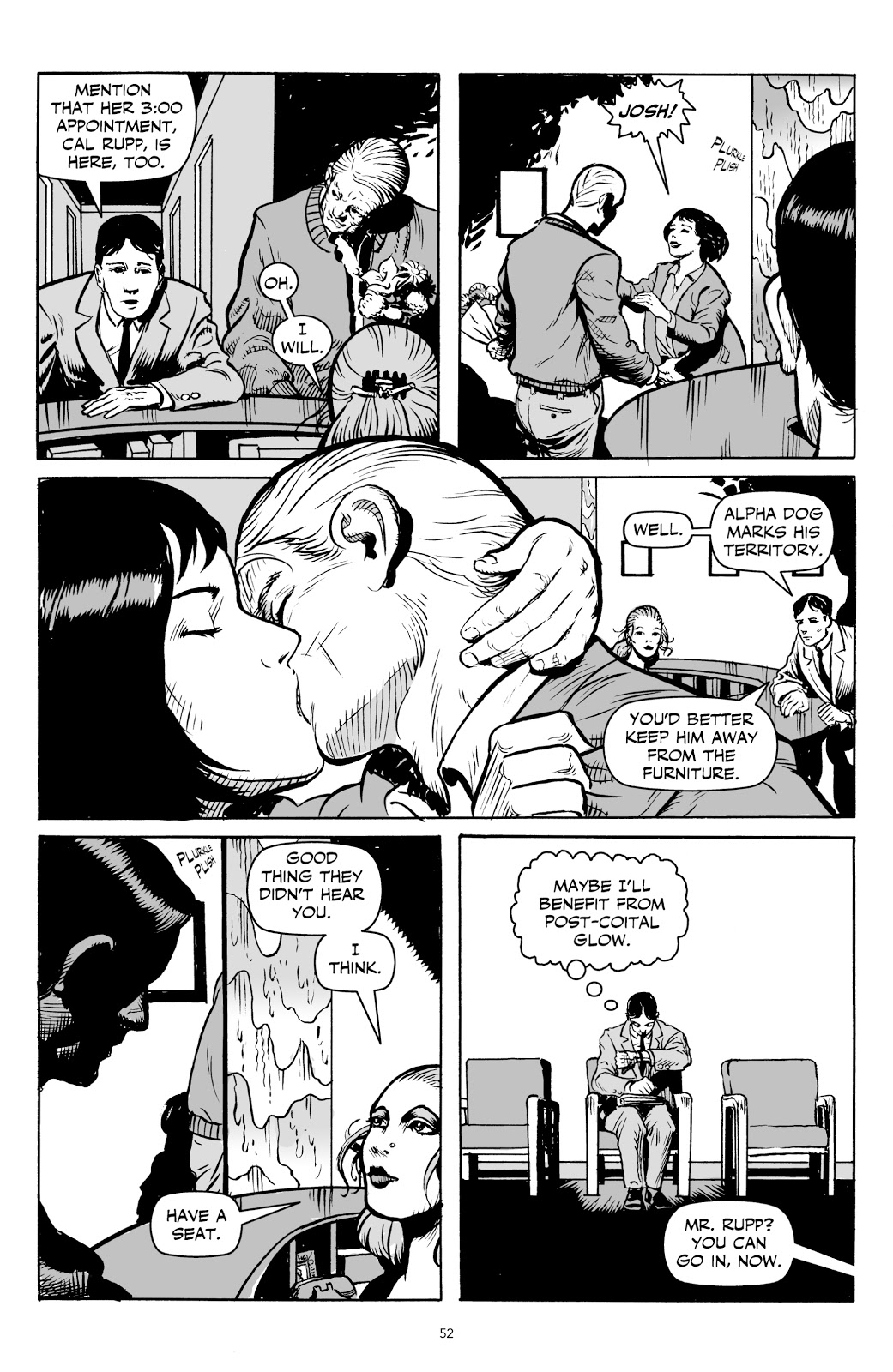 After a brief opening scene, Best Wishes begins with unsatisfied people whose life is about to take a turn for the better after the arrival of a fountain imported from Italy to New York. Calvin Rupp is a talented designer, best of his graduating class, but has found it counts for nothing in the real world where he can’t even get the time of day from Nolan & Briggs. Despite having a city contract they’re hovering just over the breadline. Perhaps they can be saved by competition winner Mary Capolavoro, unable to believe her luck in her doodle being adopted as a design seen all over the city. Her concern, however, is that sports star Josh Tiefenwasser will eventually tire of her. Yet he adores her, not least for her having no idea who he was when they met.

The emotional complexities outlined early take Best Wishes a long way, instituting insecurities and tensions. The plot is provided by Mike Richardson, but as well as drawing it, Paul Chadwick supplies the script, and he’s a master of naturalism. The three leading roles are all likeable because Chadwick ensures it. Anyone can understand Cal’s struggle to have his talent acknowledged, and his initial jealousy of Mary, who’s lucked out, but is a phenomenally nice person loved by everyone. She’s completely natural, and completely oblivious to sending out the wrong personal signals. Josh is the slight anomaly, a charismatic person aware of how he can captivate a room, but lacking the ego that often accompanies that knowledge.

Key to the story is a visual motif Mary designs by chance, adopted as a meme and a city symbol. There’s a smart discussion indicating how people can read what they want to into simplicity, and Chadwick’s reinforcement of the symbol is clever. He uses it to separate panels and incorporates it into backgrounds. Movement isn’t something that comes easily to Chadwick, but he’s strong everywhere else, and when a second important design is needed he comes through with that as well, endowing this with a more reflective and ambiguous quality.

Attraction hangs in the air throughout, but via a suspenseful twisting of expectations for dramatic romance there’s never any pre-supposed certainty about who’s supposed to end up with whom. It’s also nice to see people for the most part being sensible, doing what can be understood. Yes, they make mistakes, but Richardson and Chadwick completely swerve artificial behaviour. The whole story is hung around the idea of a possibly magical fountain, but everything else is so strong, that magical background is rendered irrelevant, although the fountain prompts some nice illustrations. The only mis-step is a brief foreshadowing scene, which would have been better omitted, so providing the pay-off with a greater shock. Otherwise Best Wishes is a canny romantic drama shot through with minimum sentimentality. A winner. 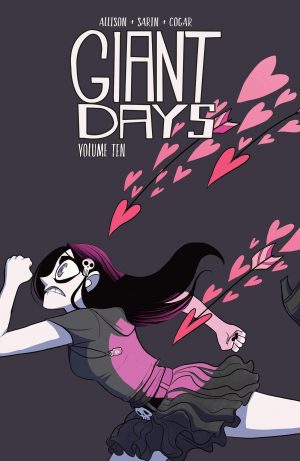