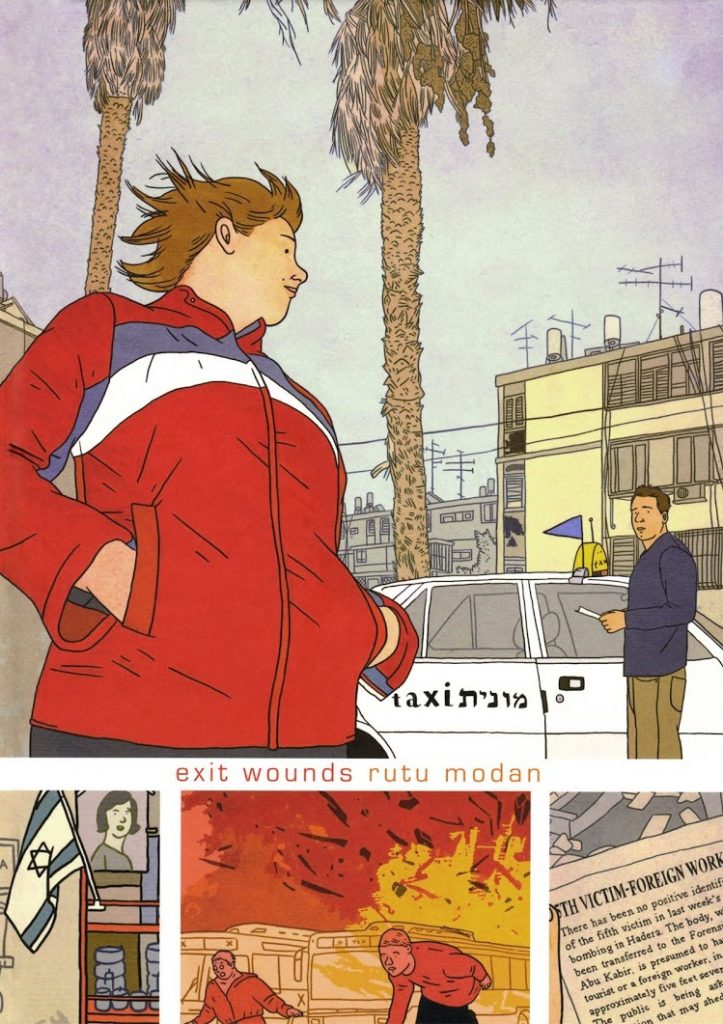 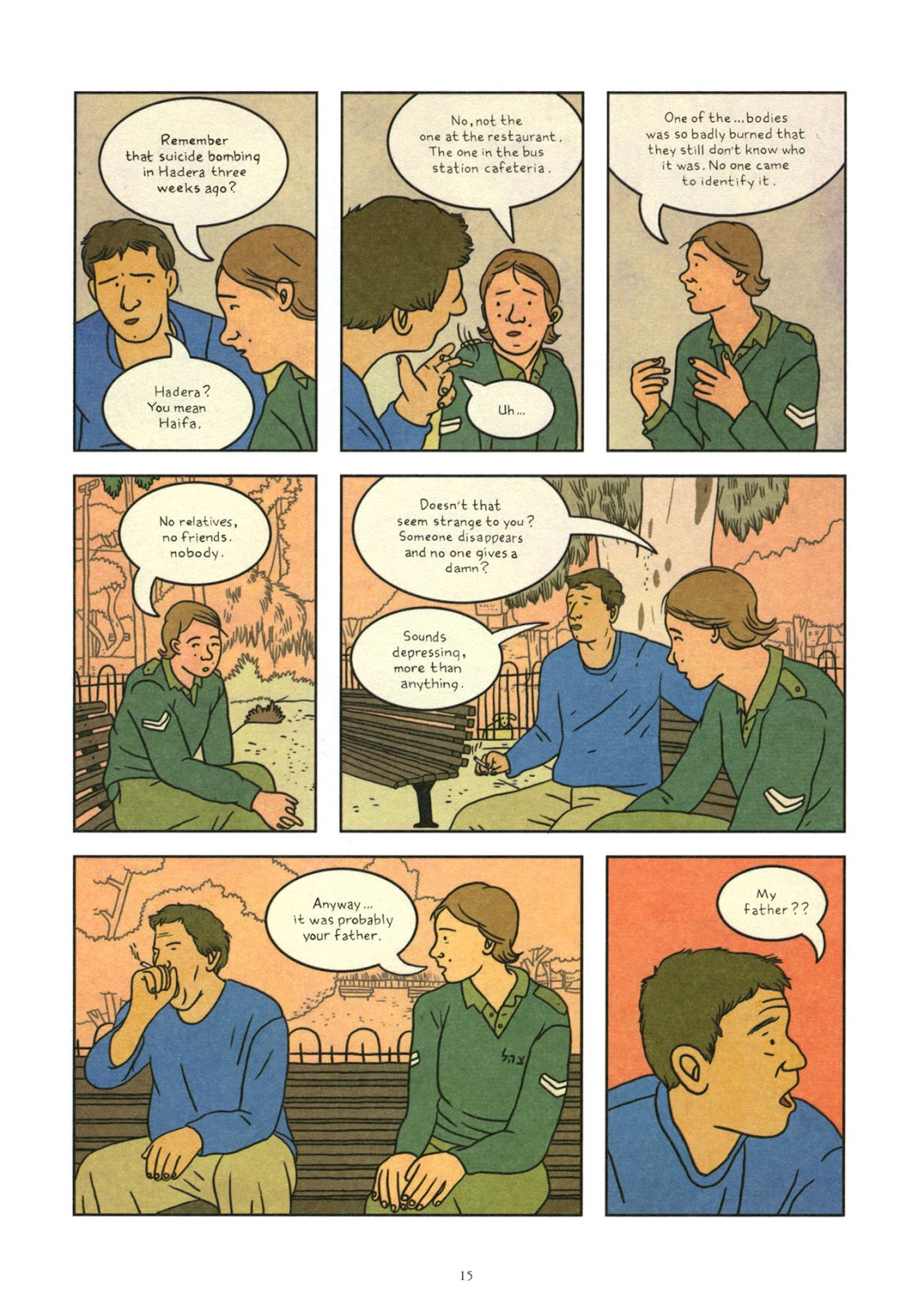 Koby Franco drives a cab in Tel Aviv, living with his Uncle and Aunt, but his relationship with his direct family is problematic. His mother is dead, he doesn’t see eye to eye with his father, whom he’s not contacted for a while, and definitely doesn’t get on with his sister. One day he’s summoned to meet an Israeli soldier who tells him his father was likely to have been present at the scene of a recent suicide bombing, but the remains were so badly charred there is no certainty, although a DNA test would provide that. His presumption is that he’s being officially informed, but after a little digging and finding his father’s house has been empty for some while, other things come to light. The soldier, discharged shortly after their meeting, is Numi, and she had a close friendship with Gabriel Franco. As he’s not been seen since the bombing she wants some closure, and she’s a very determined woman.

Out of a tragedy Rutu Modan builds an emotionally complex story of a woman who refuses to be cast as a victim and a withdrawn young man scarred by neglect who refuses to hope. They’re a reluctantly tied couple, through which Modan casts her eye over wider Israeli society. This is largely subtle, an observation about burial regulations separating Jews from all others, that no-one notices if one Filipino cleaner is replaced by another, but in the case of an abusive and aggressive taxi driver perhaps more personal. Although a bombing fires the plot, there’s little further mention of the constant threat endured in Israel (nor of the aggression that prompts it) and skilled storytelling ensures we become wrapped up in Numi and Koby’s quest. Modan’s art is ostensibly simple, but actually very skilled, the fine line always attractive and an eye for detail present throughout. She invests in every location, be it the shabby bus station cafe or the inside of Koby’s cab, always revealing something about the person occupying that space, and her bright watercolours make Modan’s work stand out in an English language market where that’s rare.

As Exit Wounds continues Koby and Numi inevitably discover more about each other, while Gabriel Franco remains hovering over the plot in ghostly form, seemingly forever out of reach. There’s a sentimentality about Modan’s approach that leads to the entirely appropriate ending of Koby literally leaping into the unknown, having learned a fair amount about both life in general and his father in particular. It’s very satisfying.