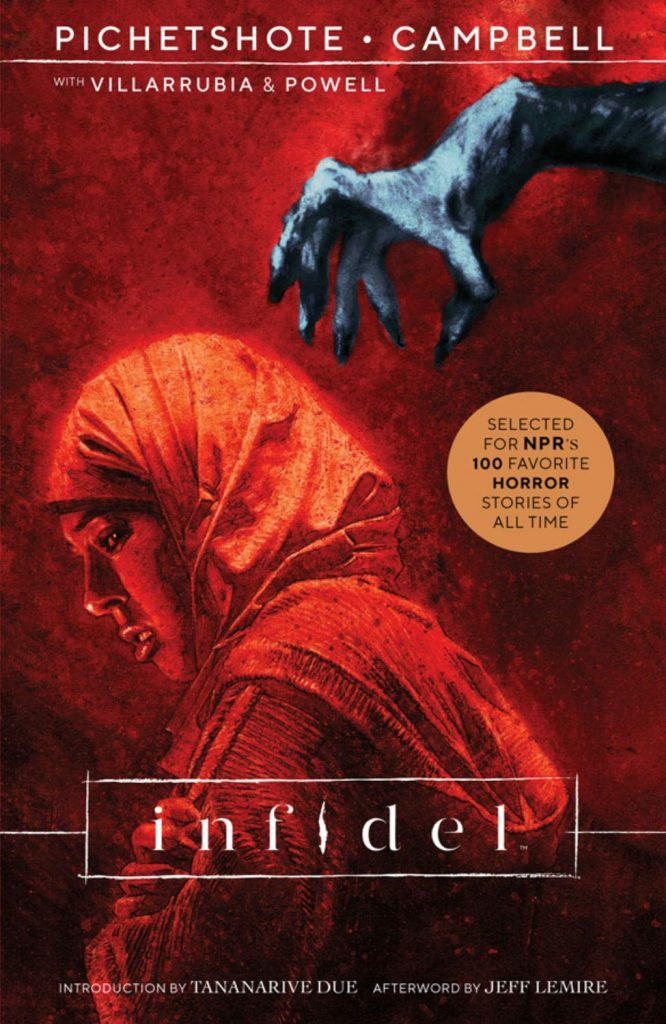 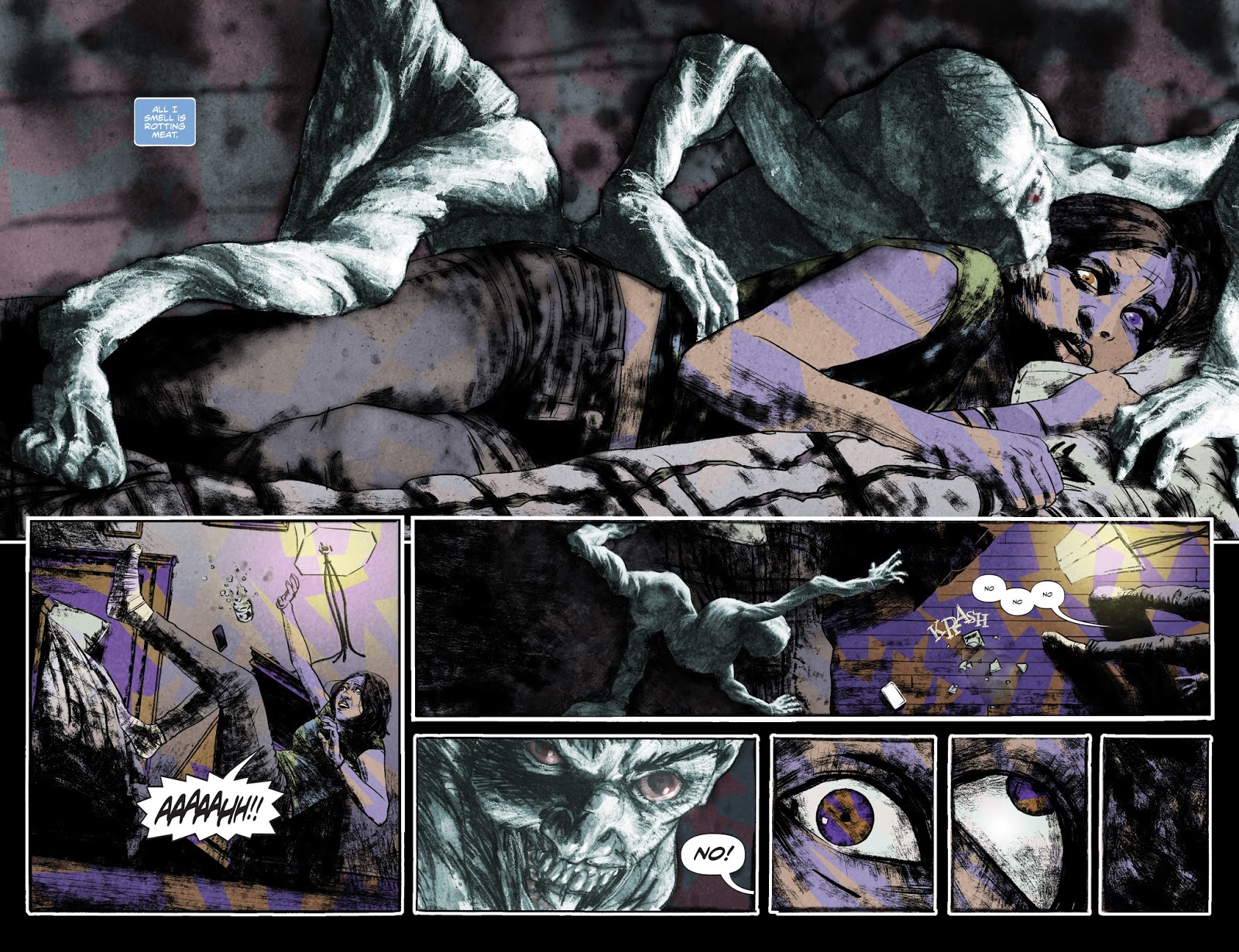 On the basis of Infidel, Pornsak Pichetshote has made an effortless switch from editing to writing, and proves a better writer than many of the known names he was previously editing. Over a wide-ranging first chapter he introduces a veritable melting pot of troubles and concerns, beginning with the nightmares Aisha’s been having seen on Aaron Campbell’s sample spread. She’s estranged from her mother due to having a non-Muslim boyfriend, Tom, with whom she’s now living in his mother’s apartment building where a mass murder occurred in recent memory. Tom has an antagonistic relationship with his mother, who’s been intolerant in the past. Is she now really trying to change?

A pointer to how good Infidel is? Over the opening chapter if all the non-human horror were stripped out, it would still work as an engrossing drama. Tom may consider his mother manipulative and beyond change, but the way Pichetshote writes her we’re left uncertain, Aisha is wonderfully observed as strong and confident, but haunted, and her conflicted friend Medina rounds out the prime main cast. Tom’s also experienced tragedy, his first wife now dead, leaving him to bring up his infant daughter Kris alone.

The art is very good, expressionistic and strong with emotion, but there’s a disconnect somewhere as seen on that sample page, and whether it’s down to Campbell or colourist José Villarrubia is something for the technically minded to decide. There’s not the correct weight to the demon, who looks to be superimposed as floating on Aisha rather than locked onto her as intended, and it’s repeated in other places where two world intersect. Where Campbell’s just sticking to the otherwordly exclusively the twisted images impress. Other styles are also employed, and these slot in more naturally.

In the course of a disturbing and mysterious horror story, the pernicious real world repugnance of racism and prejudice are addressed. However, this isn’t clear cut lecturing, but a nuanced exploration of what people feel, and not just white Americans, but people whose parents or ancestors arrived from other countries. Almost every non-horror element somehow offers a viewpoint as to what a character’s like, or what their motives might be, Pichetshote deliberately inviting a rush to judgement that may not speak well of us. It all serves to establish a second wave of uncomfortable tension to the hateful communications from the spirit world, and added to the deaths ending almost every chapter. Building towards those is clever, as is so much else. The use of symbolism is good, and so is the way Pichetshote pretty well follows the formula of standard horror story while throwing buckets of kerosene all over it. Pichetshote expanding the cast beyond those introduced in the first chapter is necessary, but the sole negative aspect of the writing is the characters who appear later don’t have the same resonance about them, contrived as single note plot devices.

No other graphic novel comes to mind that so consistently challenges the reader to investigate the possibility of their own latent prejudice, and that’s remarkable.