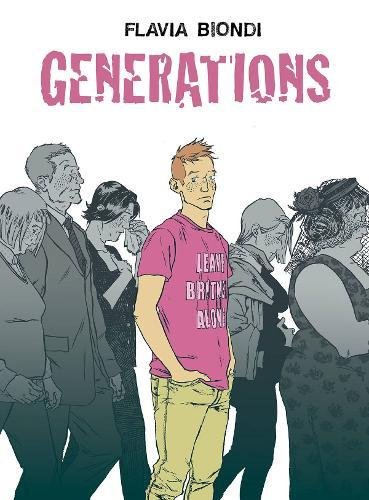 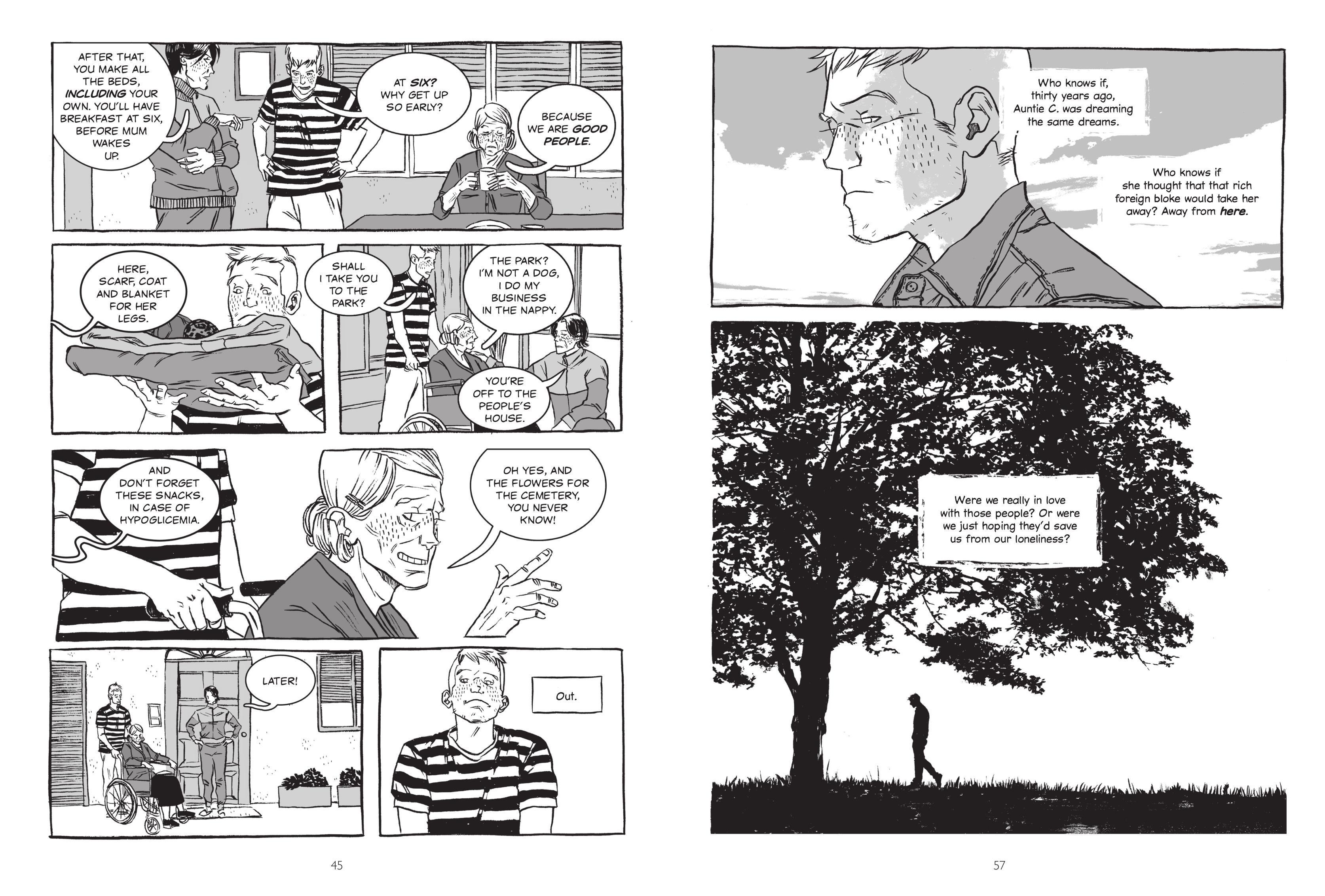 After three years away Matteo returns from Milan to the small Italian town where he grew up. Little has changed there, including the attitudes. His father told people Matteo’s been studying in Milan, but you don’t have to be Sherlock Holmes to work out the truth very quickly from Flavia Biondi’s opening pages. Matteo is gay, and his father couldn’t accept this, so rather than going back home he stays in his Nan’s house, already overcrowded with his three Aunts and a pregnant cousin.

While very likeable, Matteo’s always drifted through life following his instincts without ever considering a future, and his options have now narrowed. Just as he’s fallen into almost everything else, trading a roof over his head in return for looking after his Nan seems okay, and saves the family the considerable costs of official care.

A wonderful delicacy characterises Biondi’s art. She draws people simply, but endows them with great personality, each of Matteo’s Aunts very different facially, yet with a confident compositional line to them all. She relishes developing characters visually and equally filling in the scenery, using nature to emphasise or underline, such as the tree enveloping and protecting Matteo as he considers one of his aunts on the sample page. They’re a very different bunch, and we learn about them along with Matteo.

Like so many people, a return home after a prolonged absence gives Matteo a new appreciation, not just for the beauty of the surrounding countryside, but for what the generation before his went through. He’s heard the family stories growing up, and has never given those stories any consideration as an adult while being wrapped up in his own problems. However, just as Matteo’s coming to terms with how things might have changed since he left Biondi shifts the ground.

Most coming of age stories concern a person still in their teens, but Matteo’s stunted growth and a propensity for running away has postponed this. The event that gives him the final nudge into adulthood is predictable, but it’s not only Matteo forced to confront himself under the circumstances, and Biondi pushes all the right buttons. By the time it occurs it’s surprising how well the cast have been defined over short scenes, and there’ll be a tear in your eye. Generations sets out to present a family and their differences, and does so perfectly and sensitively. Biondi has previously published three graphic novels unavailable in English, and on this evidence the sooner that’s rectified, the better. 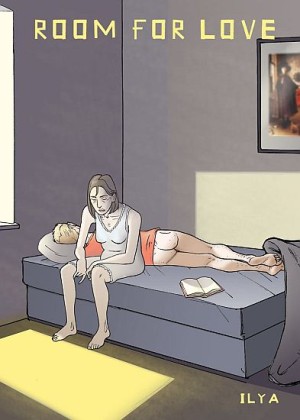