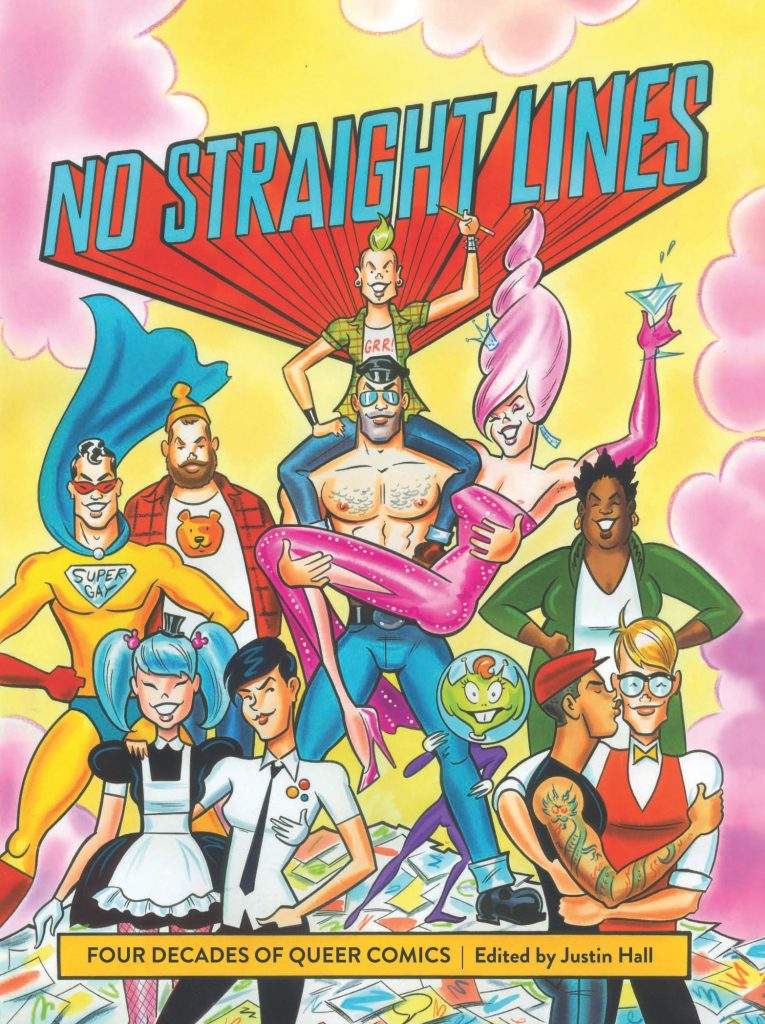 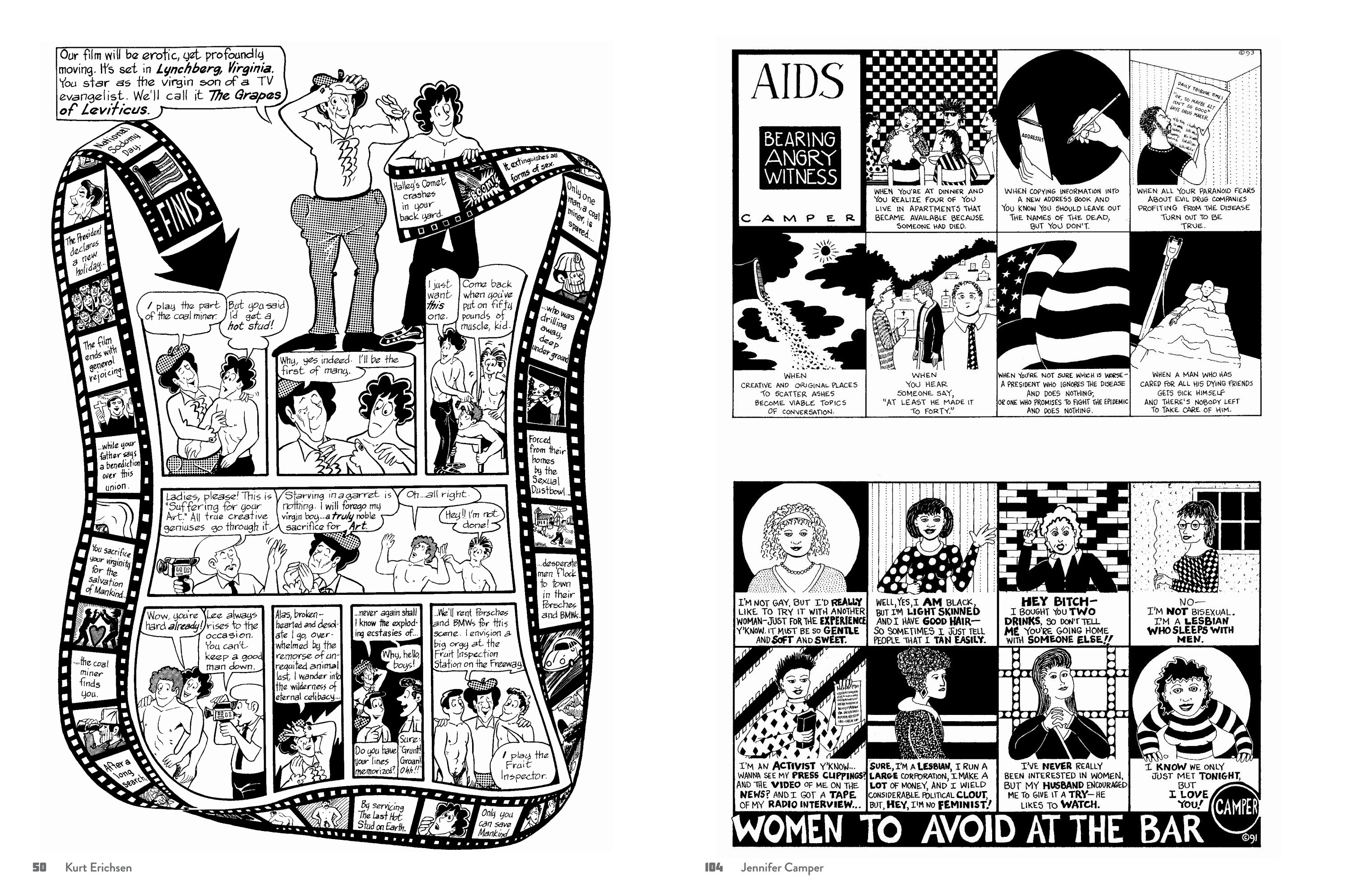 Having curated the No Straight Lines exhibition at the San Francisco Museum of Comic Art in 2006, the first ever museum show of LGBTQ cartooning, Justin Hall was the ideal editor for this equivalent run through of genre history. A paperback edition of the 2012 hardcover is very welcome. Hall separates the content both thematically and chronologically, beginning with the pioneers of personal expression in the 1970s and working toward the current web comic practitioners, having set ground rules of avoiding explicit sexual content and restricting the contributions to Western creators. Also published by Fantagraphics, Massive is a meaty selection of gay manga.

Like Massive, No Straight Lines is a much needed anthology, opened by Hall’s contextualising essay before moving to Joe Johnson’s cartoons and Shawn’s Gayer Than Strange strips from leading gay newspaper The Advocate. They illustrate how much is about context, as were they by a straight guy Johnson’s cartoons of a precious and primped protagonist would be considered inordinately offensive stereotyping. Hall picks ‘Sandy Comes Out’ by Trina Robbins as the opening strip, dating from 1970, and for all the hindsight about how the 1970s underground comics had a generally poor attitude to women, slotted in among the anthologies were pioneering gay strips. They became more prevalent in the 1980s, with work by Tim Barela, Howard Cruse and Lee Marrs among others amusing and honest. A particular gem is Robert Triptow’s strip concerning the confusing messages a child receives about ‘normal’ sex, and German cartoonist and film maker Ralf König’s farcical strips are rarely seen in English.

By the early 1980s Gay Comix was a regular anthology, and that in turn inspired many cartoonists to relate experiences that differed greatly from the standard US coastal gay scenes. Cuban exile Jaime Cortez offers one perspective, and there’s a greater anger at the heterosexual orthodoxy, particularly in a world where AIDS is devastating the gay community. Political activism is high on the agenda, this middle section opening with two pages taken from David Wojnarowicz’s 7 Miles a Second. It’s one of the few cases where an excerpt stands well alone. A desire to be inclusive means the excerpted work of other creators sometimes suffers in comparison with strips designed to be short. It’s also a primal scream, placing it variance with the largely humorous strips making up the majority of the content.

Hall himself adapts an anonymous letter about an abusive relationship, and his editorial research is in-depth. Including content from small run stripzines alongside more widely circulated comics means a place for the excellent Leanne Franson, although Hall tacitly acknowledges the really influential by giving them more space. The pagination allows for similar themes to be grouped, but without repetition, and the 300 plus pages allow for longer thoughts. Eric Orner’s experiences in Israel, Eric Shanower’s symbolic tale of repression and Fabrice Neaud’s clever reflections on Emile all run to eleven pages.

It’s not until the 21st century content that transgender identity is properly addressed, and these strips have a greater introspection to them, but there are far fewer even within the final section. Mysh’s closing illustration, however is charming and poignant.

No-one’s going to like every strip here, but Hall’s curation is informed and thoughtful, covering as much ground and as many creators as possible with an extensive contributor biography section and much suggested further reading. It’s an immense achievement and difficult to imagine anyone doing a better job.