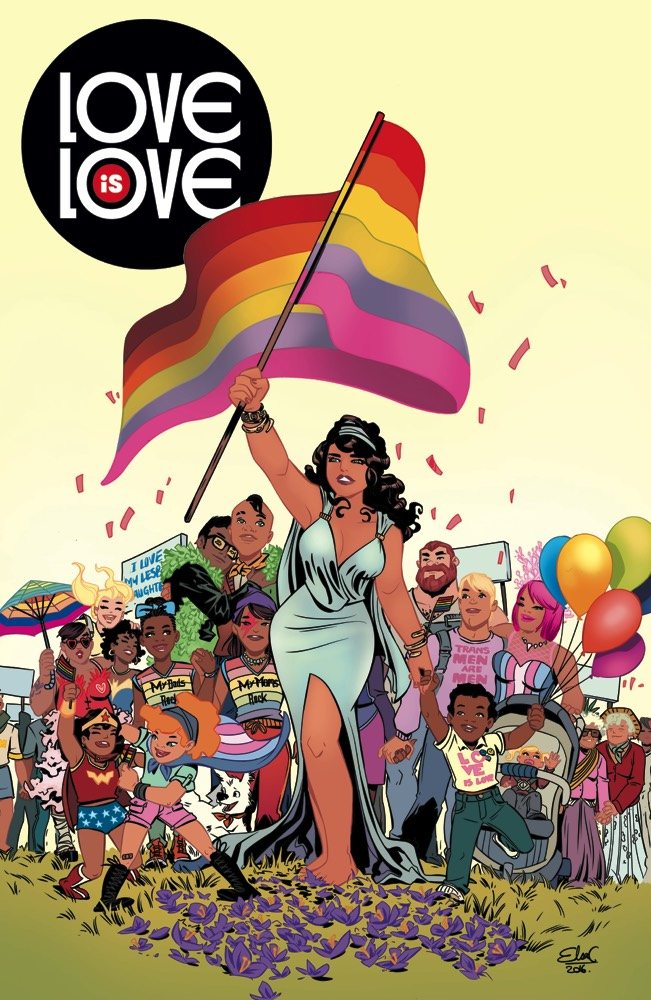 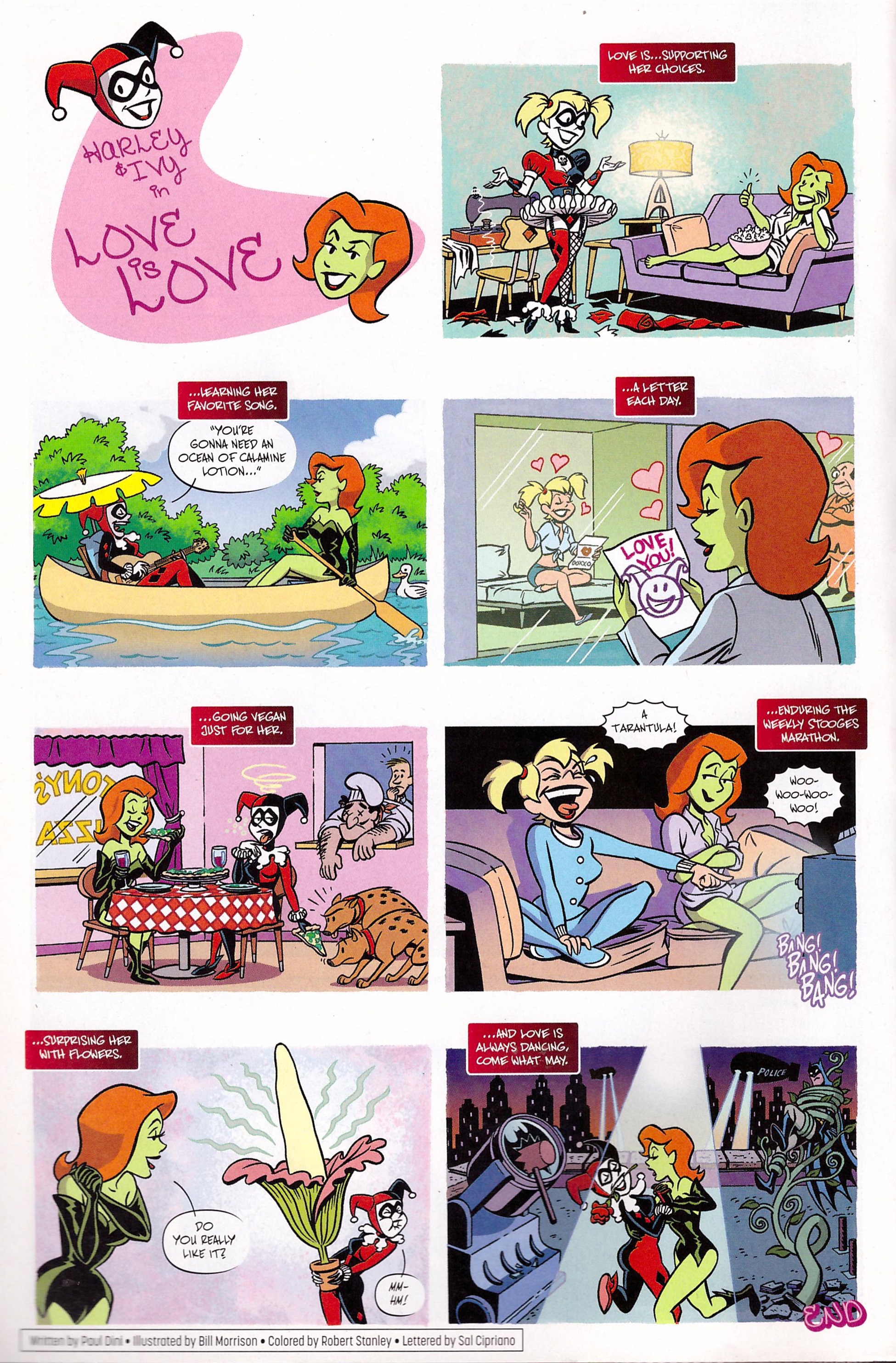 Love is Love is the comic community’s response to the 2016 atrocity of 49 people being killed in an Orlando nightclub, targeted for a hate crime because the club was widely used by members of the LGBTQ community. Every copy sold benefits the attempts of Equality Florida to reach out, educate and inform. DC lent their properties to ensure maximum commercial impact, while the contributing creators donated their time and work, and as such any critical evaluation of the content is irrelevant. Most is of a professional standard, and the best work either prompts some thought that otherwise wouldn’t occur, or briefly manages to make you forget this is a benefit project while still passing on a message. Take a look at the superb sample page from Paul Dini and Bill Morrison.

Marc Andreyko initiated and curated the project, but the editing was carried out by Sarah Gaydos and Jamie S. Rich. Given the emotive nature of what occurred, some repetition in the responses was inevitable, and it was perhaps a mistake to group together strips sharing a similar theme or motif. Several strips detail personal responses to watching the news footage (Joshua Hale Fialkov and Gabriel Bautista’s stands out), several more consider gun control (Mark Millar and Piotr Kowalski make a good point), others a call to action (nice one by Brad Meltzer and Chris Eliopoulos), but they’d have been better sifted throughout the content. Andreyko, Gaydos and Rich’s editorial brief was to keep the content positive, so excluding any revenge fantasies, and the most effective use of the superheroes is by Lilah Sturgess and John Lucas, set in the Legion of Super-Heroes 30th century. It’s not the best written or the best drawn, but the message is concise, apt and hopeful.

Many phrases resound. Dan Jurgens notes that we’re not born with hate, we’re taught it, while Al Ewing mentions it’s more acceptable to hold a gun than to hold a hand. Jim Lee effectively quotes a Harry Potter book, yet for all the wisdom and positive messages, it’s likely there’ll always be people threatened by whom others choose to love. Why?

A particularly inspiring strip is by Justin Hall, quoting cartoonist Howard Cruse. Cruse is old enough to have fought the battles and seen the tragedies in the past, and comments that the difference on this occasion is genuine support and grieving from the wider public. As a measure of progress and societal change this is about as good as it gets.