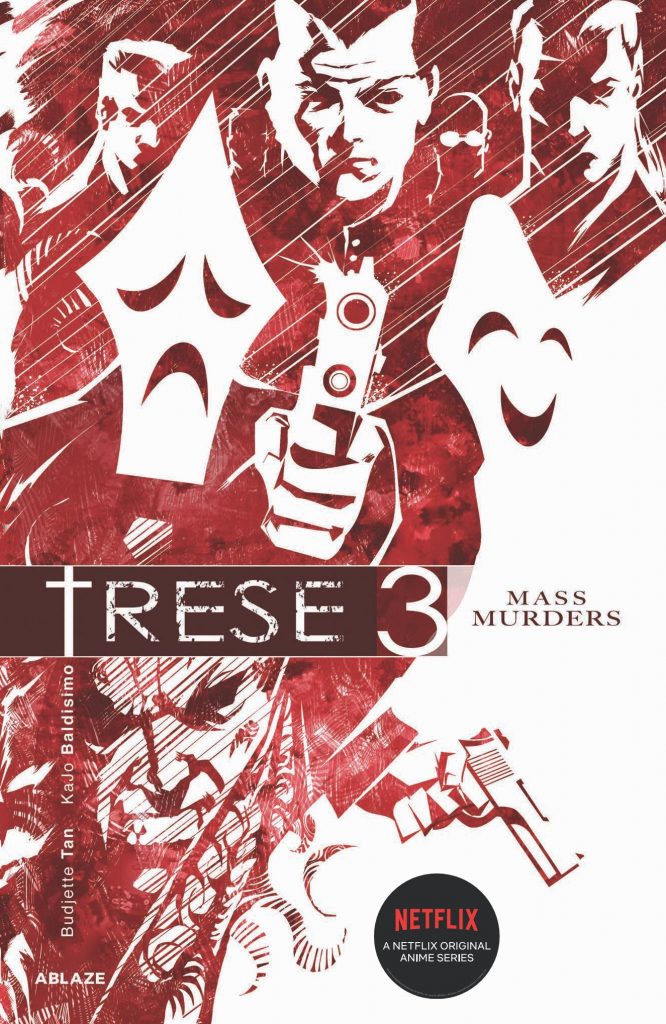 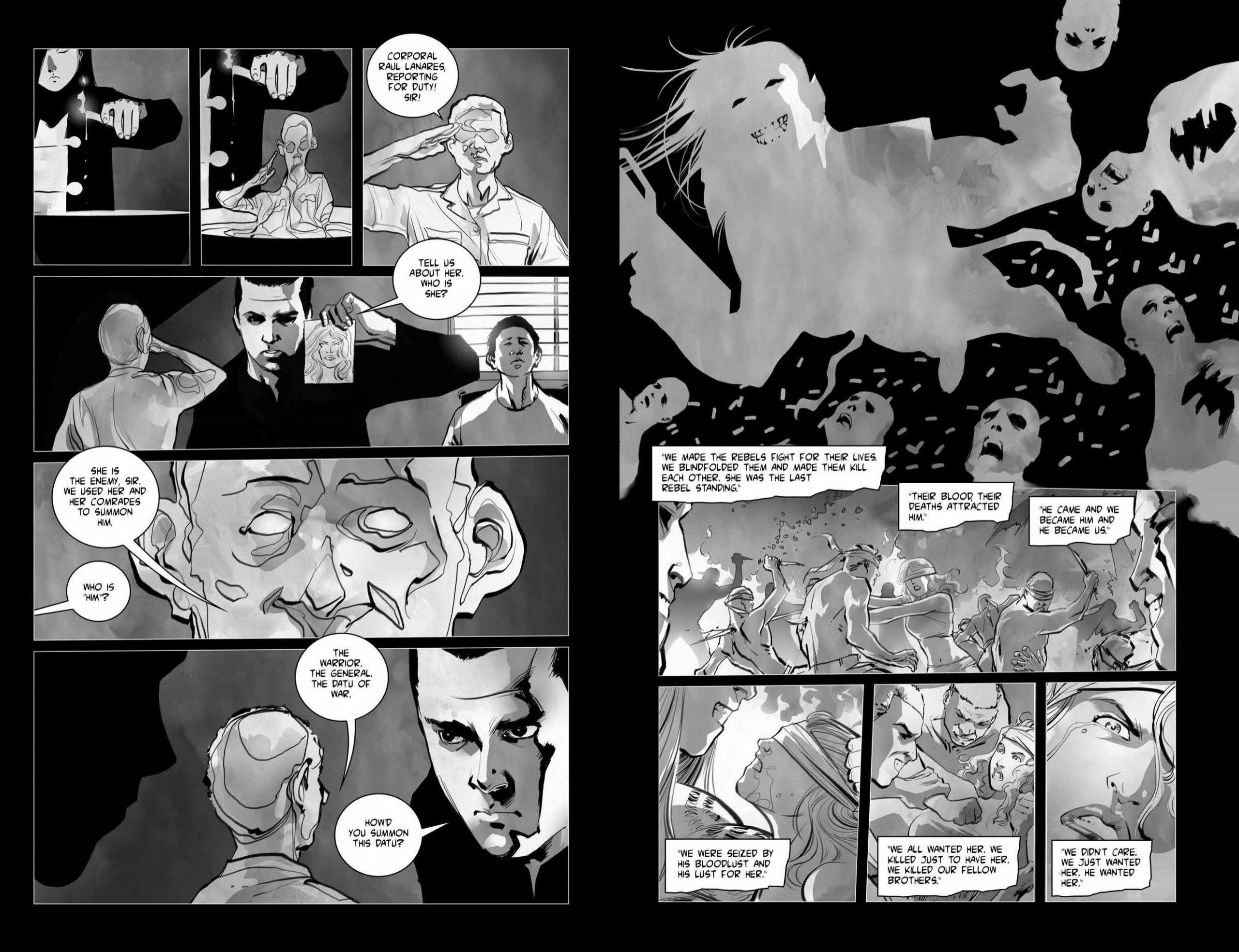 Mass Murders takes a slightly different approach to Budjette Tan and Kajo Baldisimo’s horror series drawing on Filipino mythology. Both Murder on Balete Drive and Unreported Murders supplied four separate stories with a range of different threats. Those threats have been well spotlighted, each with a text feature explaining their background, purpose and menace, and here those threats start to recur and interact with each other, pulled into a bigger story continued over five chapters. It’s almost exclusively set in the past, delivers some specifics about what Alexandra is and what she does, and sets the tone and direction for what follows, hinted at to end Unreported Murders.

Several supernatural intrusions seen to date have referred to Alexandra Trese’s father or grandfather, indicating hers is a generational guardianship. In the opening story we see her apprenticeship at fifteen, accompanying her father Anton. Her police contact Guerrero is also younger, then just a Sergeant. Baldisimo draws this unlike any other story to date, using plenty of grey shading, perhaps an indication of the past, but while still proficient, the result isn’t anywhere near as striking as the stark contrast of his black and white.

It’s perhaps surprising that Mass Murders begins tamely, for Trese at least, then becomes a procedural mystery with a few dips into the supernatural, but by the third chapter the accelerator is down and the freaks are out. Tan feeds in some novel ideas fitting his updating of supernatural legends with a modern theme, one just in passing is that ancient gods of war are satisfied with the bloodlust shown by kids playing combat-themed video games. There’s a revelation most readers are unlikely to see coming to end the third chapter, a neat explanation for an integral part of Alexandra’s world, before we read ‘The Baptism of Alexandra Trese’, a chapter answering a lot of questions. “The sixth child of the sixth child will be a child of paradox and possibilities” is the prophecy for Alexandra, dropped just after the revelation of five so far not seen siblings, each with a different destiny. Tan’s channelling all kinds of stuff for this chapter, and it explains the relationship Alexandra has with the assorted supernatural beings. It’s the key to the series and even though we know what she’ll become, for once there’s some genuine suspense about Alexandra’s activities. Compelling storyteller that he is, though, Tan keeps some matters clouded.

Tan moves back to the present day for the final chapter, which sees a number of suicide bombers causing devastation and the returns of many powerful people seen in the previous two books. It’s the most complex outing yet, and reads a treat.

While the previous books have been really good dips into the supernatural, Mass Murders has an ambition that succeeds in tying together what seemed random elements, and along the way weaves a great story. Baldisamo’s art has settled into the new style by midway, and while not as compellingly distinctive as before, there are some stunning pages. The good news is that a further three collections continue the bigger picture now revealed, with Last Seen After Midnight next. 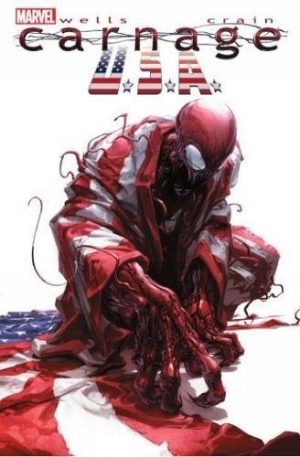