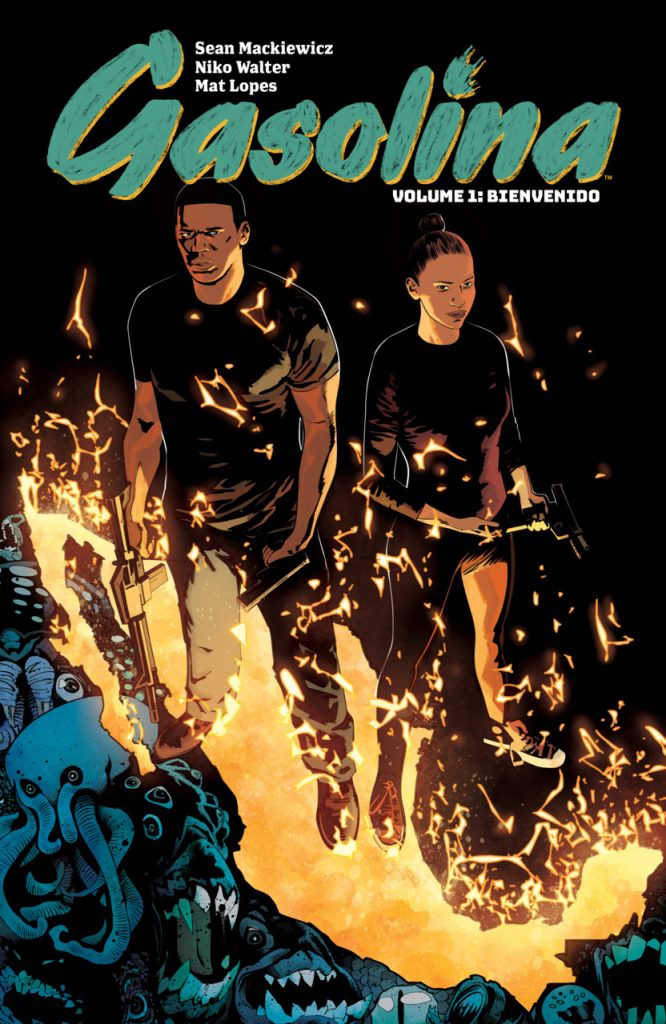 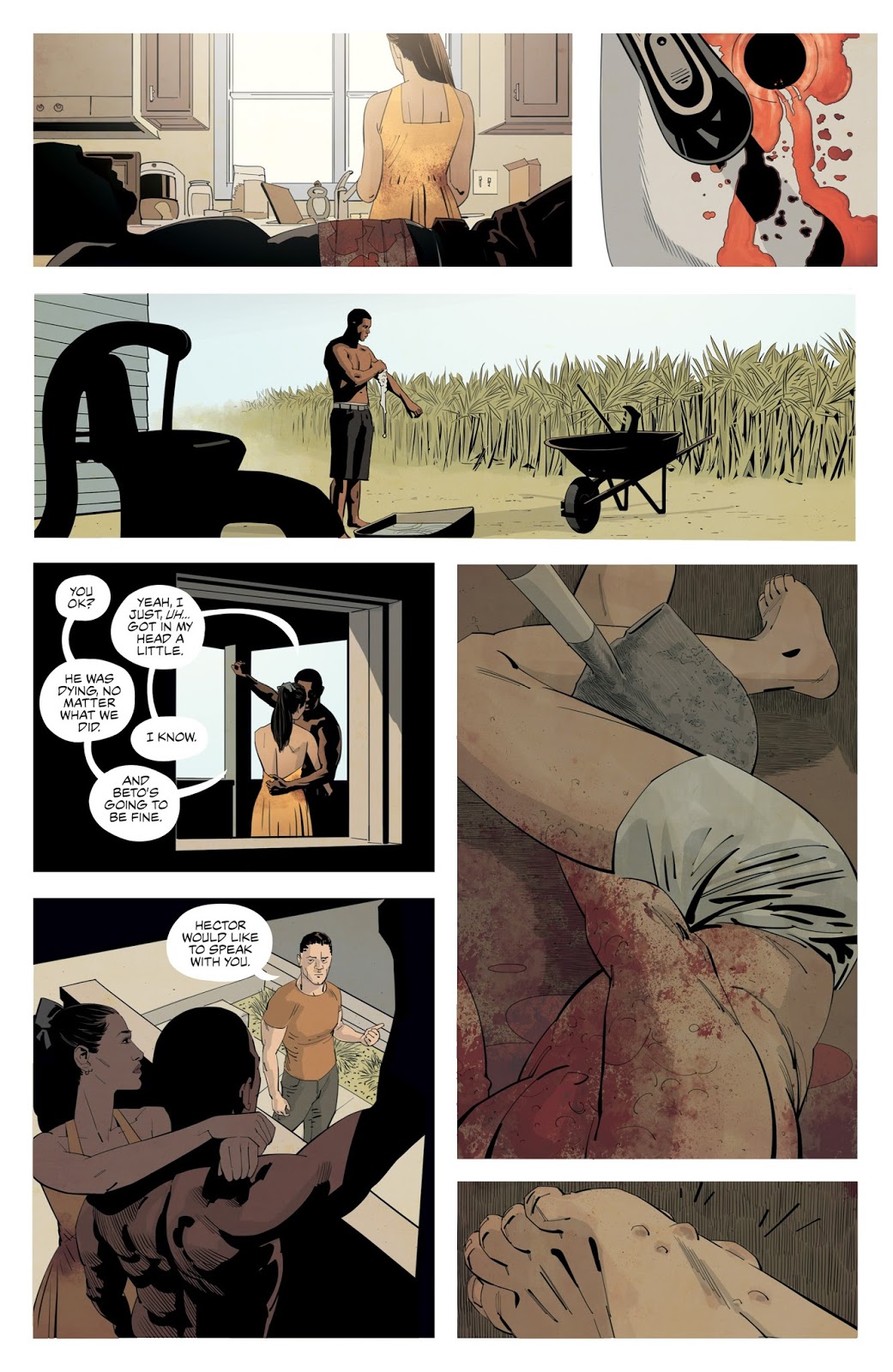 Sean Mackiewicz sets a fine mystery rolling over the opening chapter of his gangster and horror fusion. A new faction has entered Mexico’s ongoing drug wars, and they’re even more vicious and uncontrolled. As if previous atrocities haven’t set the bar high enough, corpses are now turning up not just dismembered, bullet-riddled or decapitated, but looking as if the victim has been savaged by a monster. We’re also told that couple Amalia and Randy, who can’t keep their hands off each other, have a past as very capable people despite just working as farm hands. Very soon it’s just Amalia and Randy using their skills to figure out what’s going on.

As its starting point Gasolina is violent and disturbing, but ramps up from there. Occasionally artist Niko Walter shows us the unworldly horrors, and occasionally he keeps them confined to the shadows, which is sensible on the part of both creators as showing everything up front eventually lessens any suspense. There’s plenty of that. While we’re shown the gang calling themselves Los Queridos and what little concern they have for life, their ultimate purpose remains unclear. However, they’re well armed and by the end of this opening volume some matters have been disclosed.

Much of Bienvenido is just set-up, establishing some parameters, but it’s consistently surprising as well as being horrifying, so job well done. Most of the action takes place on farmland with the largest nearby city Veracruz, where the action switches for the final chapter. We’ve already met Arguello, a rare honest cop, but compromised in other ways, and we follow him as he begins to understand just how bad things have become. It’s a very promising start, and Fiesta picks up the pieces.