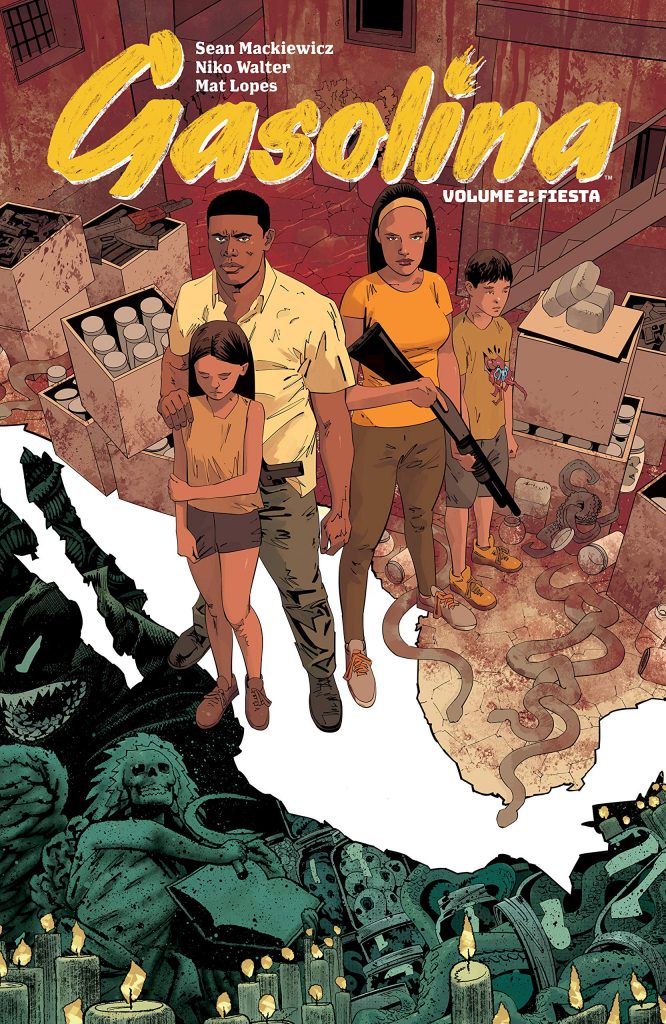 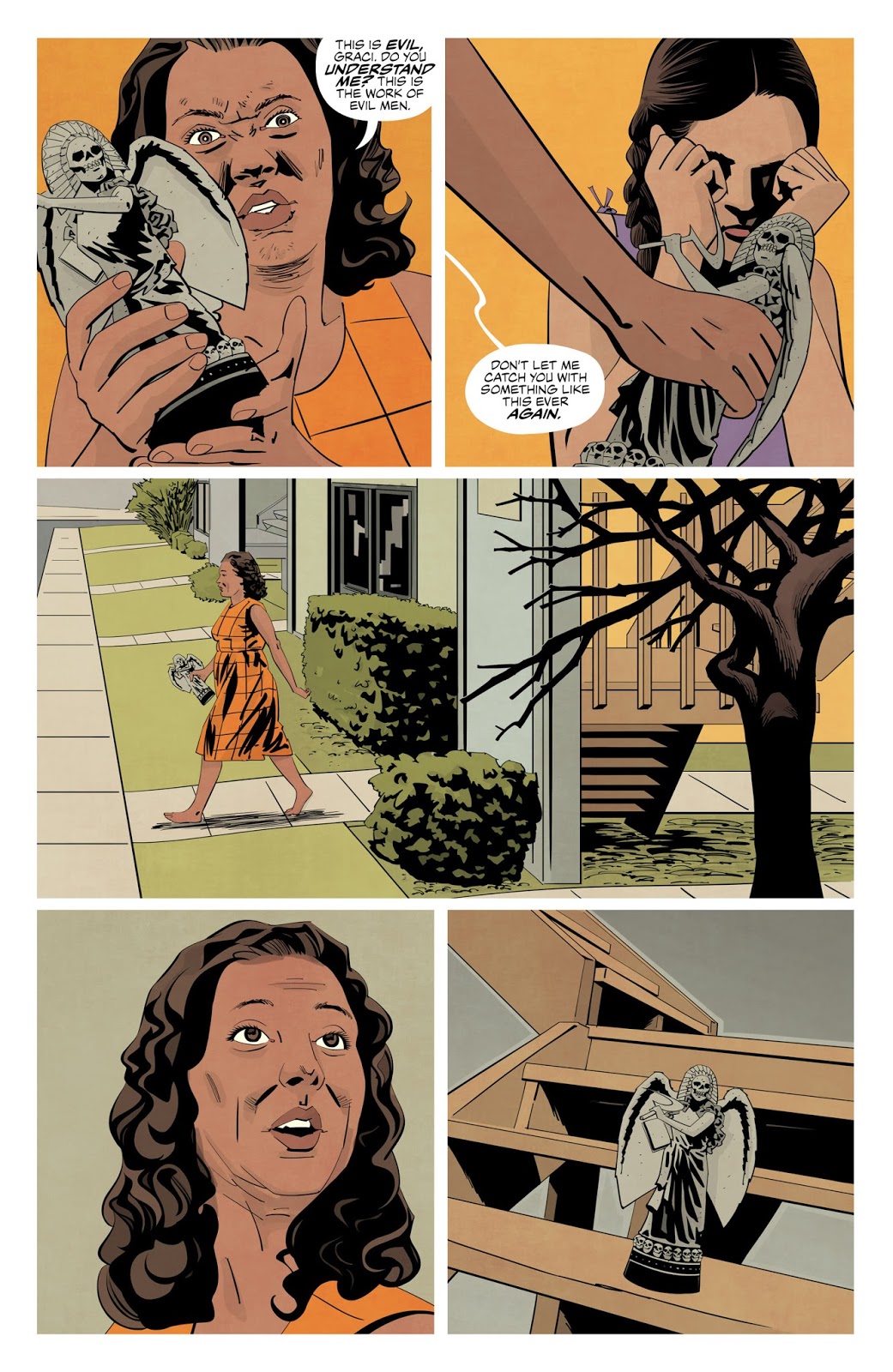 What makes Gasolina a more thoughtful project than the average crime and horror fusion is that Sean Mackiewicz constructs his cast so well, and supplies a fair amount via background information. Bienvenido didn’t reveal everything about lead characters Amalia and Randy, but established their capabilities, Amalia’s family, and that they’re in Mexico due to anywhere further North being a dangerous proposition for them. It’s unlikely that when Mackiewicz established Amalia’s nephew Quique as housing an alien entity in his chest with a voracious appetite for flesh, anyone’s predicted path for the plot would be that Amalia still cares enough to look after him.

That alien entity ties into the bigger plot, that of the Las Queridos cartel being introduced to Mexico’s already horrific drug wars. Their ultimate purpose is uncertain, but they worship an ancient god, and are even more callous and vicious than existing cartels.

Thankfully Niko Walter reins in the visual atrocities. We know they happen, and they’re described, but Gasolina doesn’t need explicit sensationalism to sell a tight story. The art does that anyway, neatly arranged with an admirable economy, but with people occasionally too posed from the use of visual reference.

The path Mackiewicz takes with Quique is indicative of his general approach, which is to discount the obvious. The horror is the background to everything, but he keeps the focus on the people, specifically a community who’ve realised that live or die, their only way forward is to free themselves from the yoke of gangsters. It means Fiesta isn’t what most people would conjure up from the title, although some of the characters might see it that way. It is a successful middle act, cranking up the tension, and previewing the apocalypse to come in Viva Mexico. 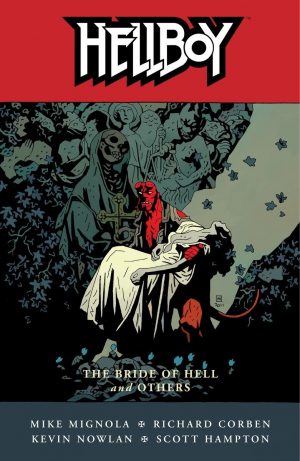