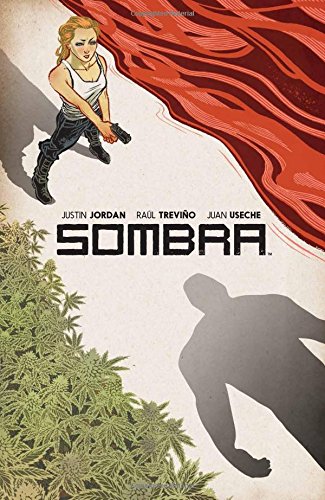 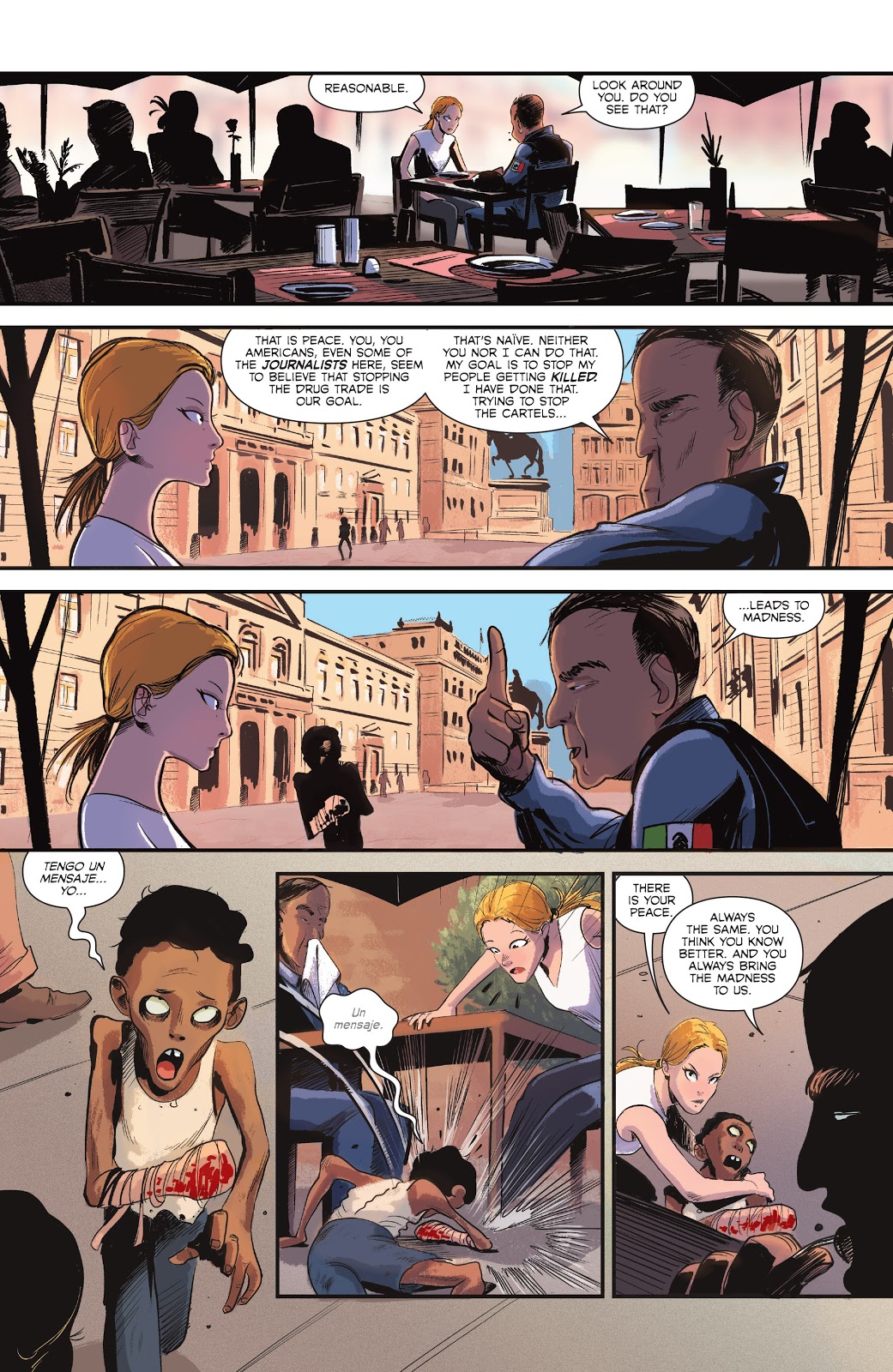 Sadly, whenever Mexico makes overseas news bulletins in the 21st century there’s a fair chance it concerns yet another atrocity committed by drug gangs who perpetuate fear of retribution among the general public via the savagery of their murders. American DEA agent Conrad Marlowe thinks he’s found the solution, which is to ramp up the barbarity, instead inflicting it on the gangsters and those who help them in the hope that that people will fear him more than the gangsters. He’s gone rogue to test his theory. The DEA can’t afford to let this become public knowledge, and the only way they can see of stopping Marlowe is to call in one of their most promising younger agents to find him. Danielle Marlowe is Conrad’s daughter.

Artist Raúl Treviño is Mexican, which gives him an edge when it comes to bringing the country to life. He uses a sketchy form of cartooning, but everything needed to tell Sombra with dynamism is there on the page. He has an effective way with light and shade, differentiates his characters well, and manages to suggest some appalling events without revelling in them.

These appalling events are courtesy of Justin Jordan’s imagination, and his strong crime story. It would require a hard heart not to be repelled by the activities detailed over the opening section, and Marlowe’s solution is equally repellent. Danielle’s diligence and determination makes her a likeable character from the start, and the emotional conflict caused by her father’s actions renders her even more sympathetic.

For three chapters Sombra is a captivating crime story, but it falls to pieces at the end, when Jordan switches from his carefully cultivated fearful version of reality to something that also has a real world basis, but the way it’s treated is a step too far into fiction. The logic behind much of what we’ve seen is wiped away, and the story descends to the commonplace. Don’t let that put you off the good aspects, and for three chapters Sombra is very good indeed. 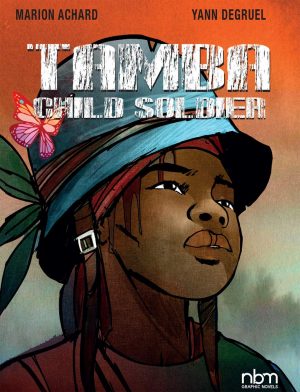