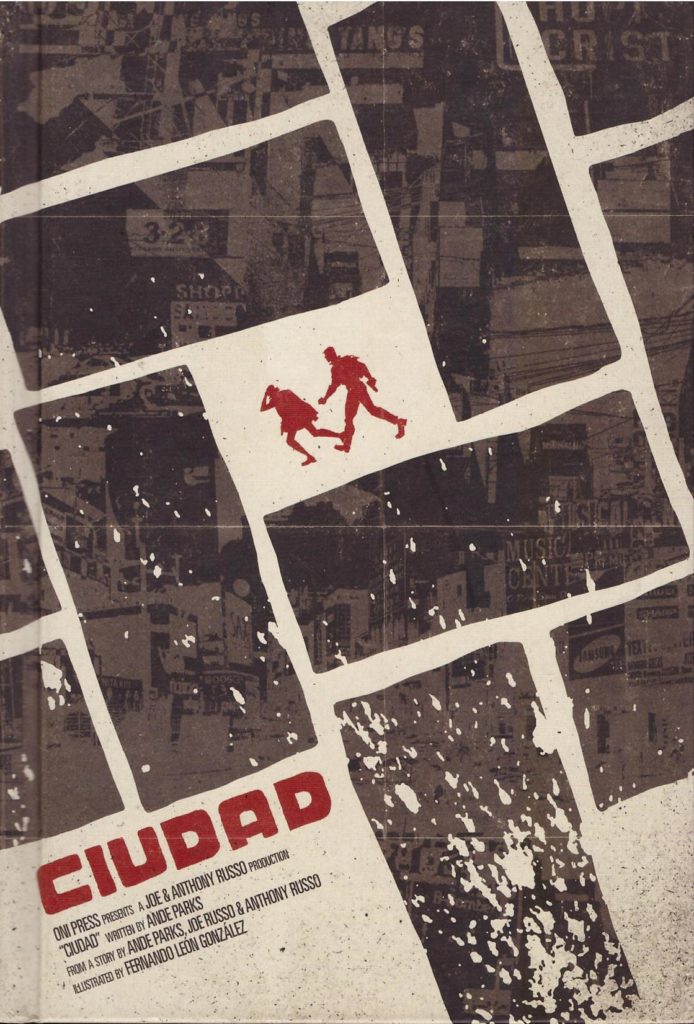 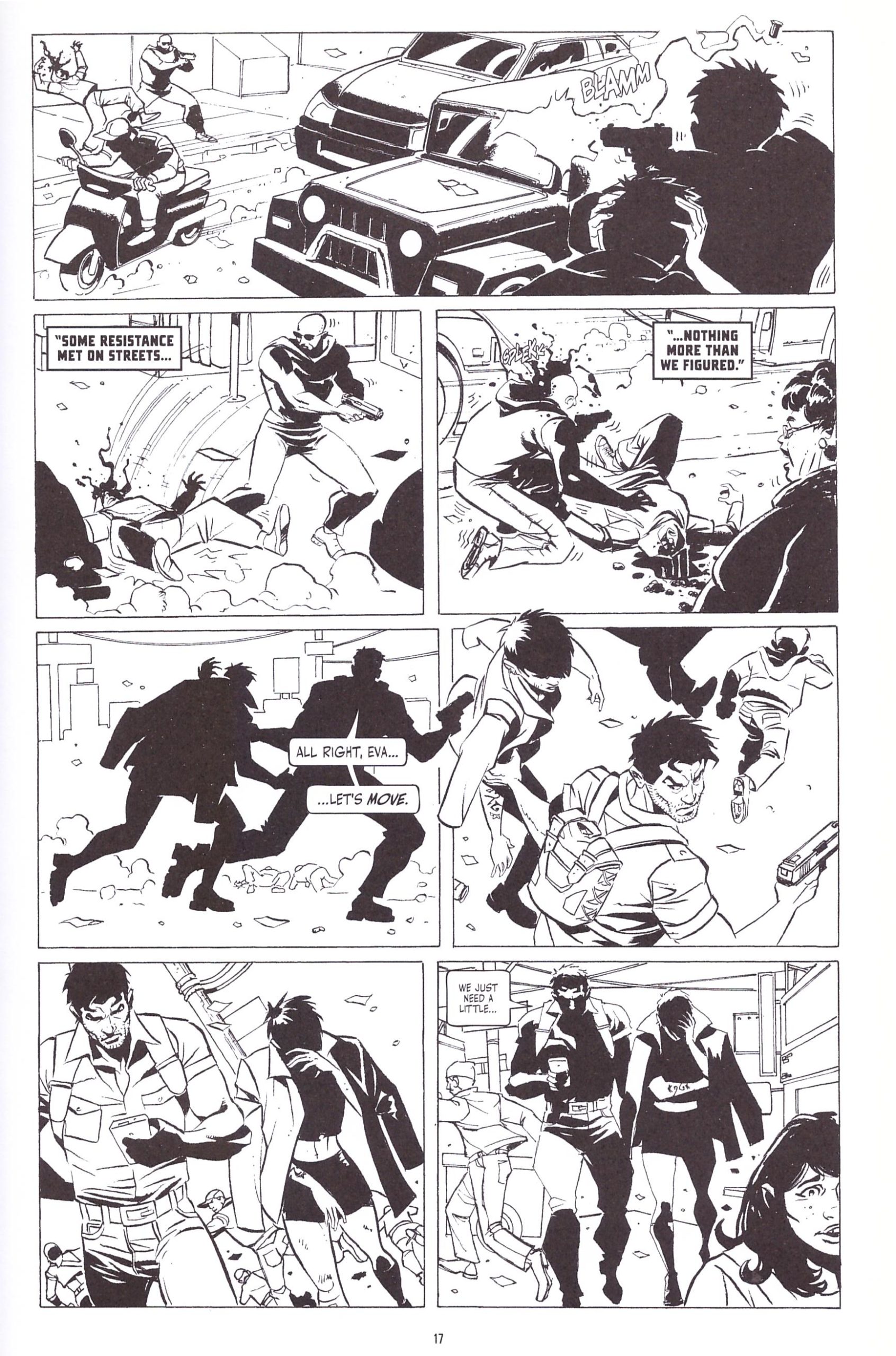 Ciudad’s cover is intended to mimic a period movie poster down to the presentation of the credits, evoking the designs of the late 1960s and early 1970s. The actual story begins in the style of those movies also, with a prolonged action sequence establishing Tyler Rake, our protagonist. He’s a resourceful man of action, hired to rescue a teenage girl being held for ransom, and will need all his wits about him as the Paraguayan city of Ciudad del Este is about as corrupt and crime riddled as they come.

The Russo Brothers’ background is in film and TV, best known to comic fans for directing Captain America: Winter Soldier, and it certainly reads as if Ciudad either adapts a film script not yet produced, or is intended a means of generating a film. Either way, it’s considerably better than most such faux storyboard projects, the collaboration with Ande Parks ensuring Ciudad breaks down effectively for comics while maintaining the high octane thrill rush of cinema. After the fast opening the background is supplied, including the sadism of Lieutenant Mora, a man who’ll make children chop their own fingers off. In short, no-one can be trusted, and it could all go very wrong very quickly. It does, but that’s what we expect, so the trick is to keep us interested with a succession of ambitious action set pieces in well chosen locations as Tyler tries to save his skin.

Fernando León González efficiently uses stark black and white to sell the story. He’s an artist who makes an effort, designing characters, providing complete locations, and the occasional oddly posed figure along the way is neither here nor there.

A few dips are made into the politics enabling Ciudad del Este to function as it does, and more unconvincingly a few attempts to humanise Tyler, but two-thirds of the way through he gives his best Liam Neeson speech over the phone and we know all will be well. Perhaps the creators have managed a bullet count along with a corpse count, but they’ve certainly imagined how it will all look on a screen. While the violence is inventive, there’s no pretence of Ciudad being original in any other respect, and most readers will predict every emotional beat, some of them extremely wooden, but no-one’s here for those. Anyone wanting an action thriller living up to both portions of the genre description isn’t going to be disappointed. 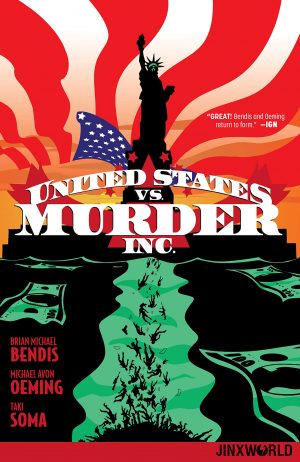