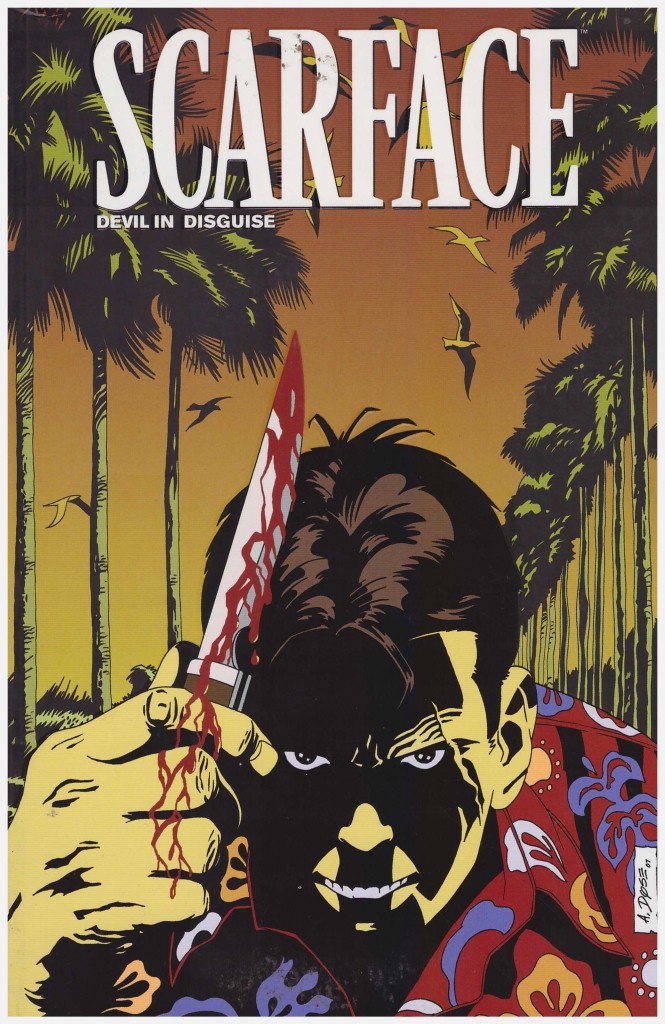 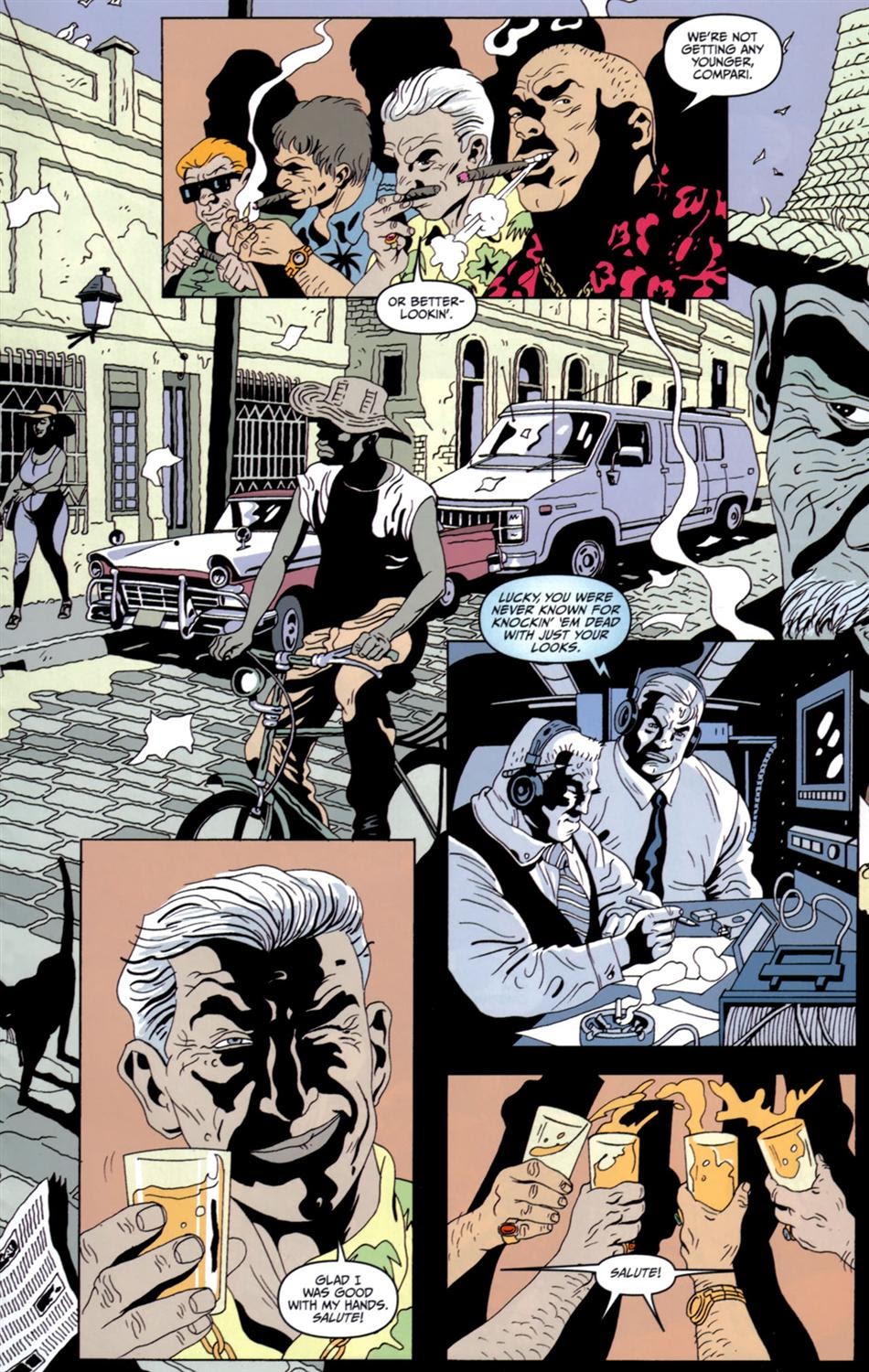 This serves as the prequel to the Brian De Palma’s 1983 Scarface movie, detailing the life of Tony Montana before he arrived in the U.S.A. and how he developed the skills that enabled his rise through the underworld.

The narrative skips back and forth – in his afterword writer Joshua Jabcuga likens it to a scratch on vinyl knocking the needle out of place – and it turns out Tony was disappointing his mother long before he left Cuba. His amorality made choosing sides during revolutionary times simple: “Lesson number one – You gotta make the money first. Then you get the power.”

Jabcuga’s skipping stone method possibly isn’t the most effective way to relate what is a very simple story once its unpicked from its telling. Or it may be a way of disguising that simplicity. We see the very young Tony running the streets despite his mother’s best efforts, and making a friend. It’s that friendship that characterises the years, eventually turning sour. Running parallel to the events of 1980 we see a posse of classic mafioso, still festering about how Castro ran them out of Cuba decades previously and hatching a plan to take the country back. “Being Un-American, now that is a cardinal sin. Unpardonable if you ask me.”

Alberto Dose’s artwork is exceptional. Much in the shadow-heavy manner of his Argentinian countryman Eduadro Risso, but with a greater element of cartooning. He supplies an evil young Tony, glamorous women, sleazy corrupt officials, complacent old gangsters and cruel rebels whose ideology trumps humanity. His is the wonder here, dragging a sparse story into an atmospheric sleazepit.