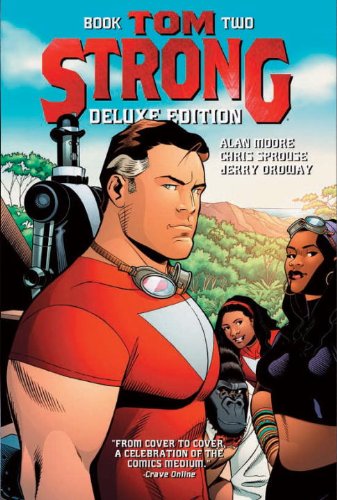 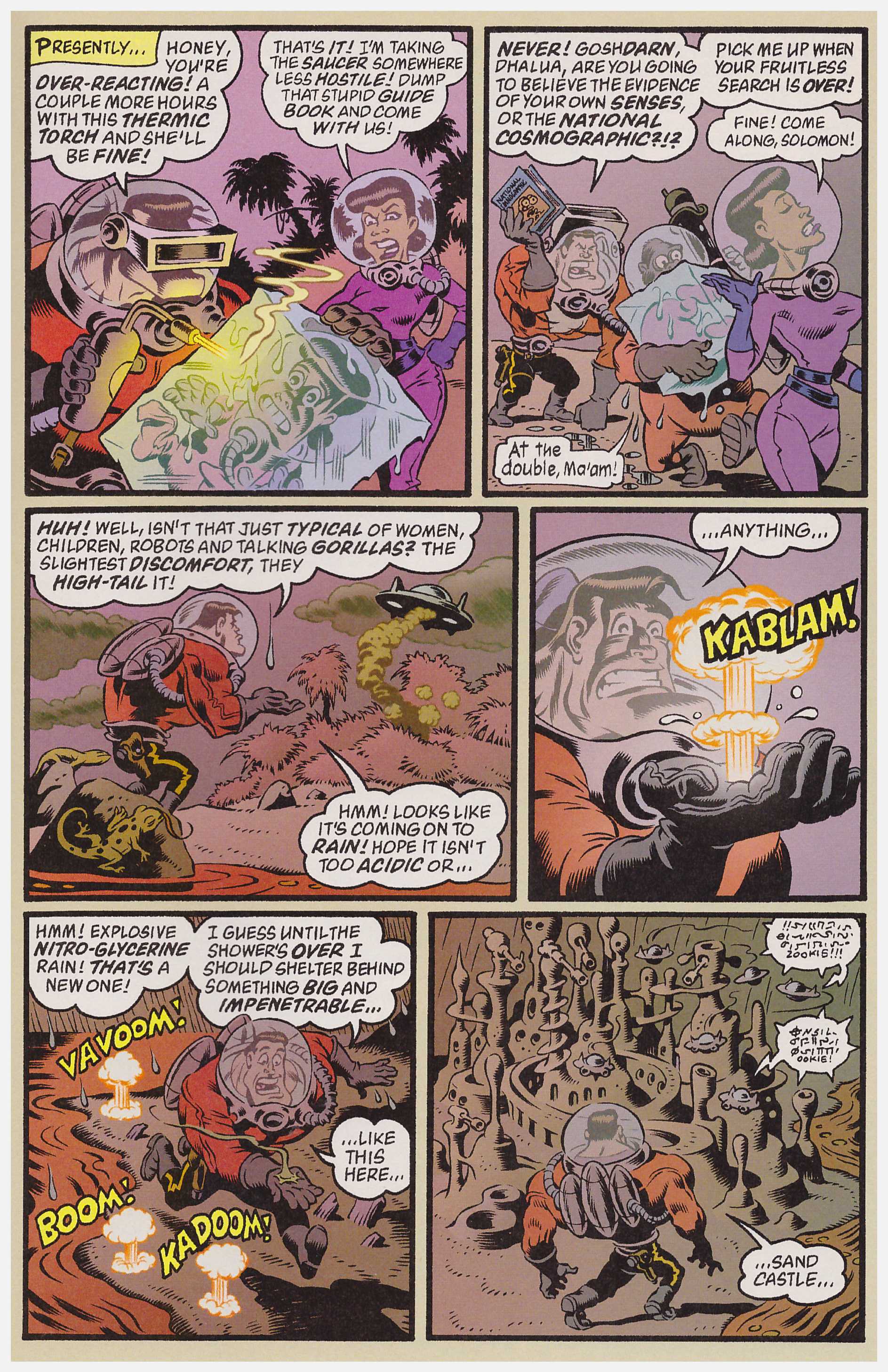 This second hardcover completes the collection of all but the final Alan Moore tale from the Tom Strong series, and that might be out of place anyway as it took a very different tone.

There are some fine shorter stories here, but contrasting its predecessor, the real thrills of this book are to be had with two extended three-part adventures that between them feature almost every significant member of the Tom Strong cast. The first of them cleverly establishes a near invincible alien race with unlimited resources, yet does so by barely showing them. The threat is conveyed by personal narrative alone, and a charm is that it builds very naturally from elements of previous material, where Moore has carefully put aspects in place that segue into this epic. One, though, is his weakest story of the run, an underground adventure in a volcanic cavern to rescue Tesla. This is all impeccably drawn by Chris Sprouse.

A second epic takes the established backstory of Tom Strong and twists it for entirely different outcomes. Here it’s not the boatman taking Sinclair and Susan Strong to the island of Attabar Teru in 1899 who perishes, but Sinclair. Tom is born Tomas, and we inspect the impact of nurture over genetics in the opening chapter, from which the known history plays out very differently. Moore’s story unfolds idyllically over two chapters before certain cosmic inevitabilities assert themselves for a dramatic finale. It’s Jerry Ordway who illustrates this, an under-rated artist who’s a consummate storyteller and fine with the emotional characterisation.

The book begins, though, with more of the excellent eight page stories that closed the previous volume. There’s a reversion to childhood in a distorted version of Enid Blyton’s fables, a parody of Bill Elder’s early Mad strips (excellently drawn by Hilary Barta and featured as the sample illustration), a teaming with Jonny Future, and a pastiche of the original Captain Marvel. Tom and alternate versions are illustrated by Kyle Baker, Russ Heath and Pete Poplaski as they battle against the plans of arch-enemy Paul Saveen and his alternates. Moore escalates this plot into absurdity – “I remember this crushing failure from dozens of periods of my wretched life” – and it’s all the better for that.

Further shorts punctuate the two longer tales. Howard Chaykin illustrates a plot centred on a feminist society that doesn’t quite come off, but Moore’s subsequent paean to the comics of his youth is charming and elegant. So is Leah Moore’s script detailing the final hours of Saveen, previously mentioned in passing. Shawn McManus brings this to life.

We conclude with two tales illustrated by Sprouse but written by Peter Hogan, and closest in tone to the Moore material than much of what would follow. As Moore has done, Hogan uses previously introduced elements and builds on them, in the closing tale creating both an awkward and heartbreaking situation.

Those wanting Moore’s Tom Strong finale will find it in Book Six of the series, never gathered into a deluxe edition, and the contents of this collection are spread over Book Three and Four.