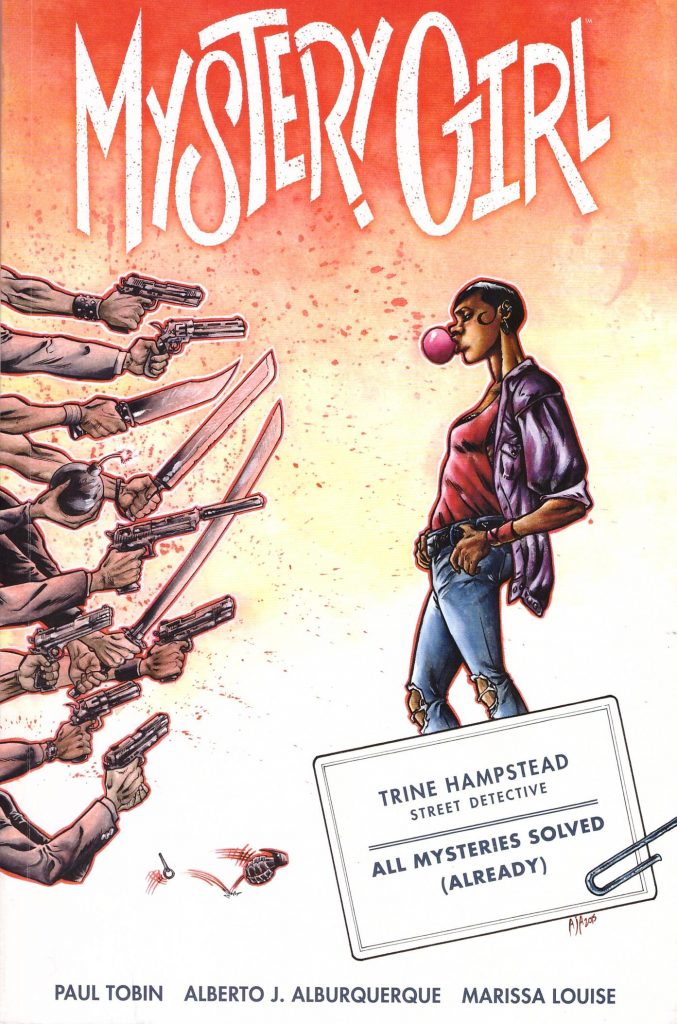 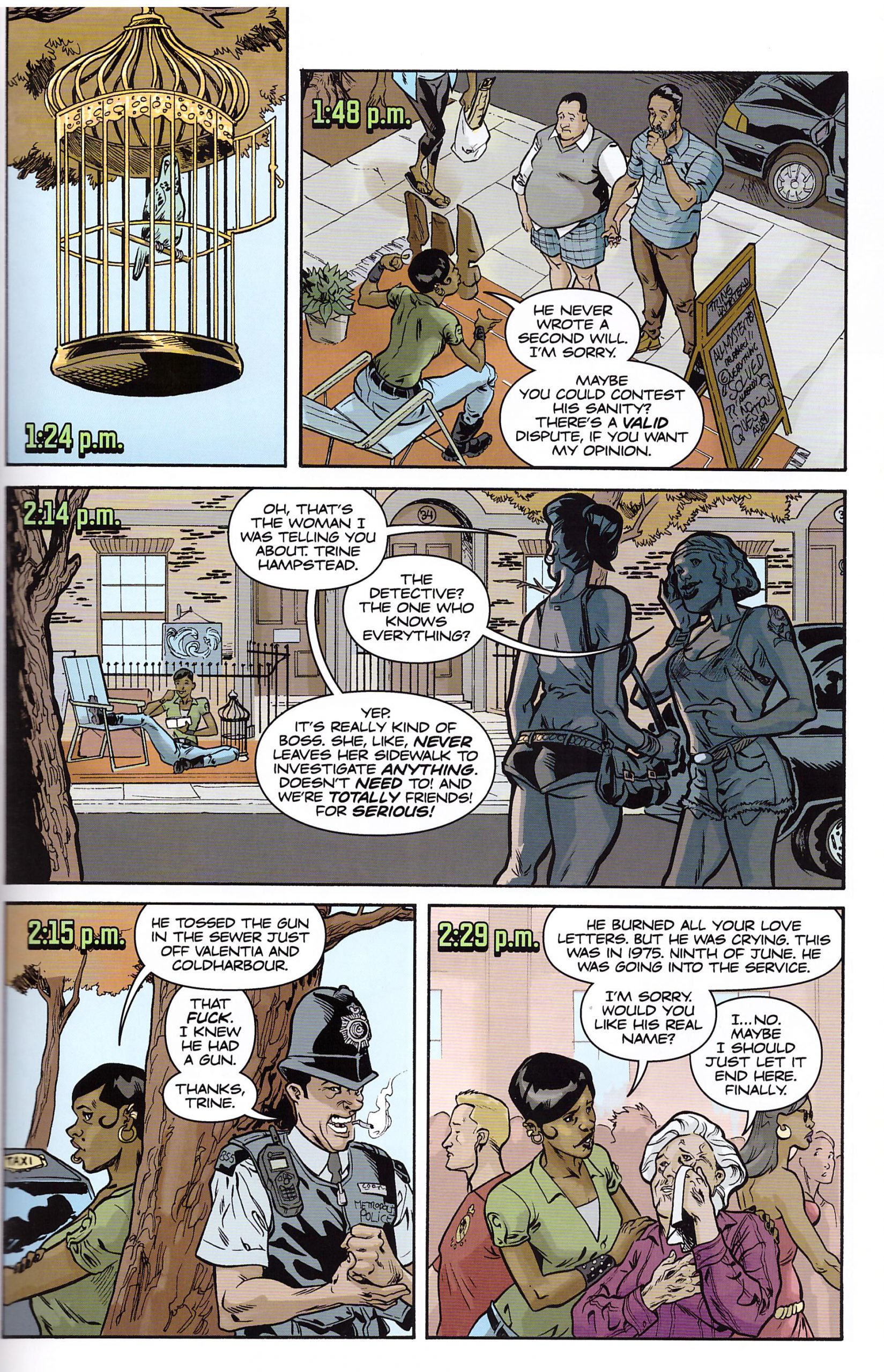 Paul Tobin’s come up with a fantastic premise for Mystery Girl: Trine Hampstead just knows things. She knows your secrets, my secrets, Boris Johnson’s secrets and Donald Trump’s secrets. If anyone bothered to ask, she’d know who ordered JFK’s killing, why people like Michael McIntyre and even why her excellent graphic novel didn’t set the world on fire. Trine doesn’t know how she knows, she just knows, the answer popping into her head as soon as the question is asked.

Presumably for reasons of exotic colour, American writer Tobin locates Trine in London, which leads to occasional cross-cultural errors (“sidewalk” instead of “pavement”, the frequent use of “blocks”), but that’s nothing when balanced against constant mystery, charm and hilarity. In terms of the latter, Tobin considers who might want answers and has Trine randomly supply them throughout. Sometimes her answers prompt other things, such as learning mammoths still live in Siberia, which causes her to leave London to see them for herself. Tobin also introduces a nasty threat, a killer who revels in his work, has no concerns about being seen, and who’s puzzled by Trine and wants to know more.

Tobin’s plot requires a sympathetic artist, one willing to put the work in to cope with designing and differentiating a cast numbering around a dozen with numerous other people in small roles. Alberto J. Alburquerque goes well beyond that, not only creating a cast to cherish, but packing both the streets of suburban London and the frozen wastes of Siberia with lovingly rendered detail. He employs a slightly exaggerated figurative style, but one that ensures a warmth to everyone, and the process notes in the back show how much work he put in.

Tobin establishes that Trine’s solving of problems only covers events that have already occurred, as if she could also predict the future several plot points would be invalidated. She is incredibly resourceful, though. The answer of how she knows things remains a mystery, so live with that and luxuriate in the frenetic delights it prompts. As seen by the recommendations below, Tobin hasn’t been short on other good ideas during his career, and surely one day one of them will pay off with a monster hit.