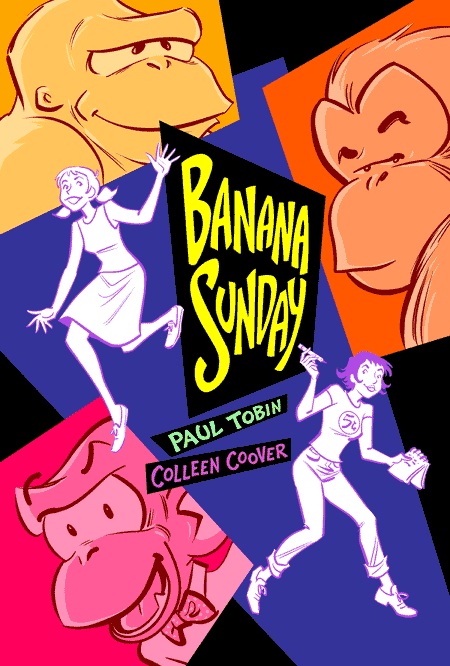 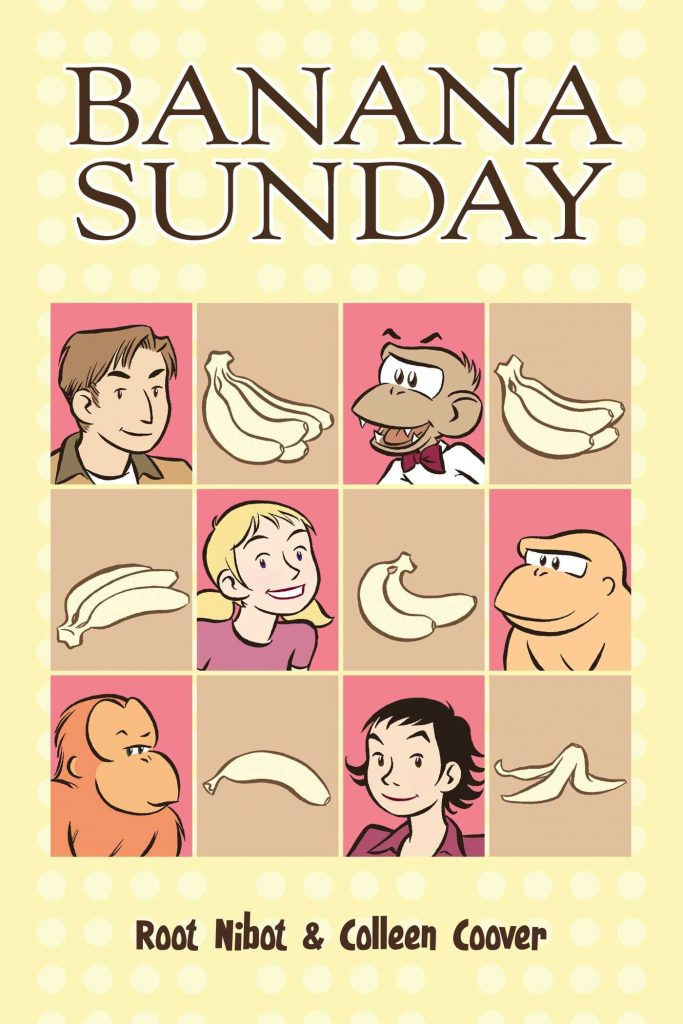 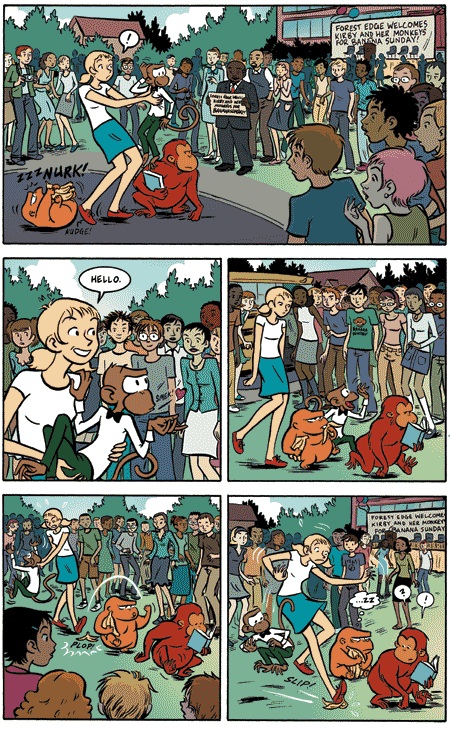 When she starts at a new high school Kirby Steinberg is somewhat of a celebrity by association, her father having successfully carried out experiments enabling three apes to talk by boosting their intelligence. Well, technically, two apes and a monkey. It’s difficult fitting in, but at least Kirby has school newspaper reporter Nickels to confide in. That’s despite her suspicions that Kirby’s not telling the truth about her companions, and a determination to get to the bottom of that. This guy Martin seems rather cute as well.

The market for graphic novels aimed at children and young adults was in its infancy when Banana Sunday was first published in 2006, so a 2018 reissue adding colour makes perfect sense, especially as creators Colleen Coover and Paul Tobin now enjoy a higher profile. Coover has retouched some art she wasn’t happy with, and Tobin has dropped his Root Nibot alias. His introduction also mentions some minor alterations from the earlier version, noting that times have changed and the creators have changed with them.

A fantastic first impression is made by Coover’s cartooning. Banana Sunday is charmingly drawn, with a lot of effort applied to ensure the backgrounds are packed, ensuring cartoon accuracy for a busy school environment. She’s a natural at letting everyone know what her characters are feeling, with wordless sequences a feature, and Go-Go the miniature gorilla is a real scene stealer.

It is the case that Kirby hasn’t been telling the truth about her companions, and when the mystery is revealed, the solution is amusingly clever, if a little convenient, and convenience afflicts the entire story. It’s not something the intended all-ages audience will pick up on, but all too often events servicing the plot occur without any greater explanation. Nickels is an engaging personality, and a good foil for Kirby, but there’s absolutely no reason for her to suspect immediately that Kirby is lying about the origin of the two apes and a monkey. The truth is even more fantastic, yet it’s routinely accepted by Nickels. To be ultra-picky, it’s only Go-Go of the apes and a monkey that’s effectively used throughout, the other two limited by single characteristics and not much involvement, but they’re seen a lot, and Coover’s appealing depictions go a long way. On the positive side, some scenes avoid the expected adroitly, not least the outcome of a minor sub-plot featuring a powerful villain. That’s dealt with compactly, the character necessary to the story, but Tobin recognising that a protracted scene would mess with the overall tone.

Banana Sunday never talks down to the audience, and while animation is a possibility, it’s a story that’s strongest as comics, ideal for the medium. There’s a greater chance of success in 2018, with many more people waiting to be charmed.