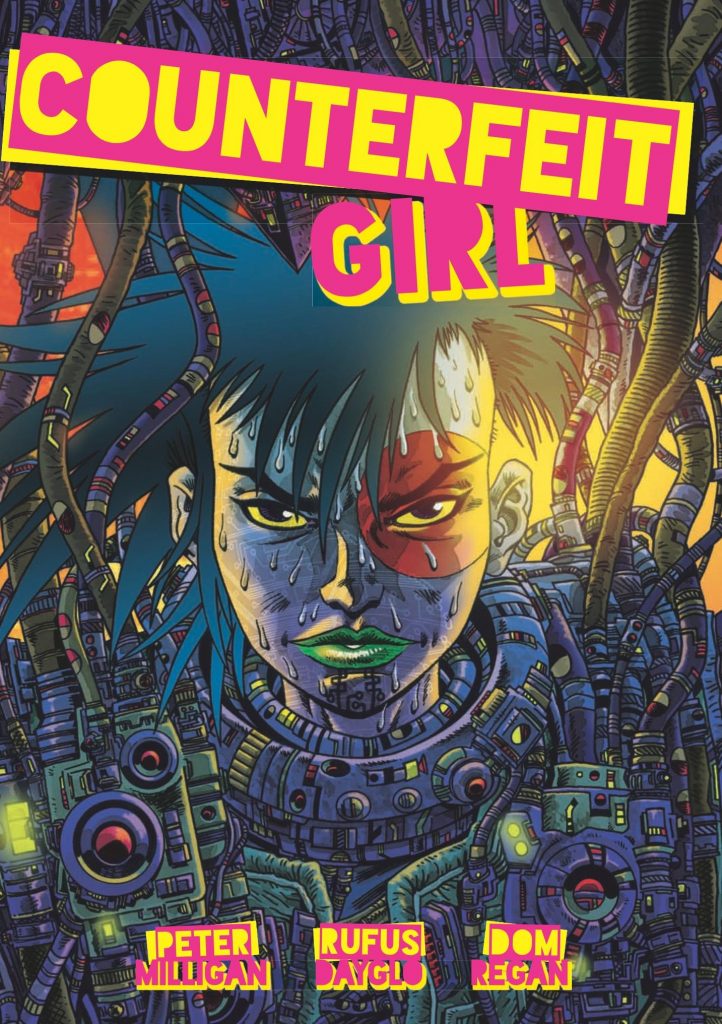 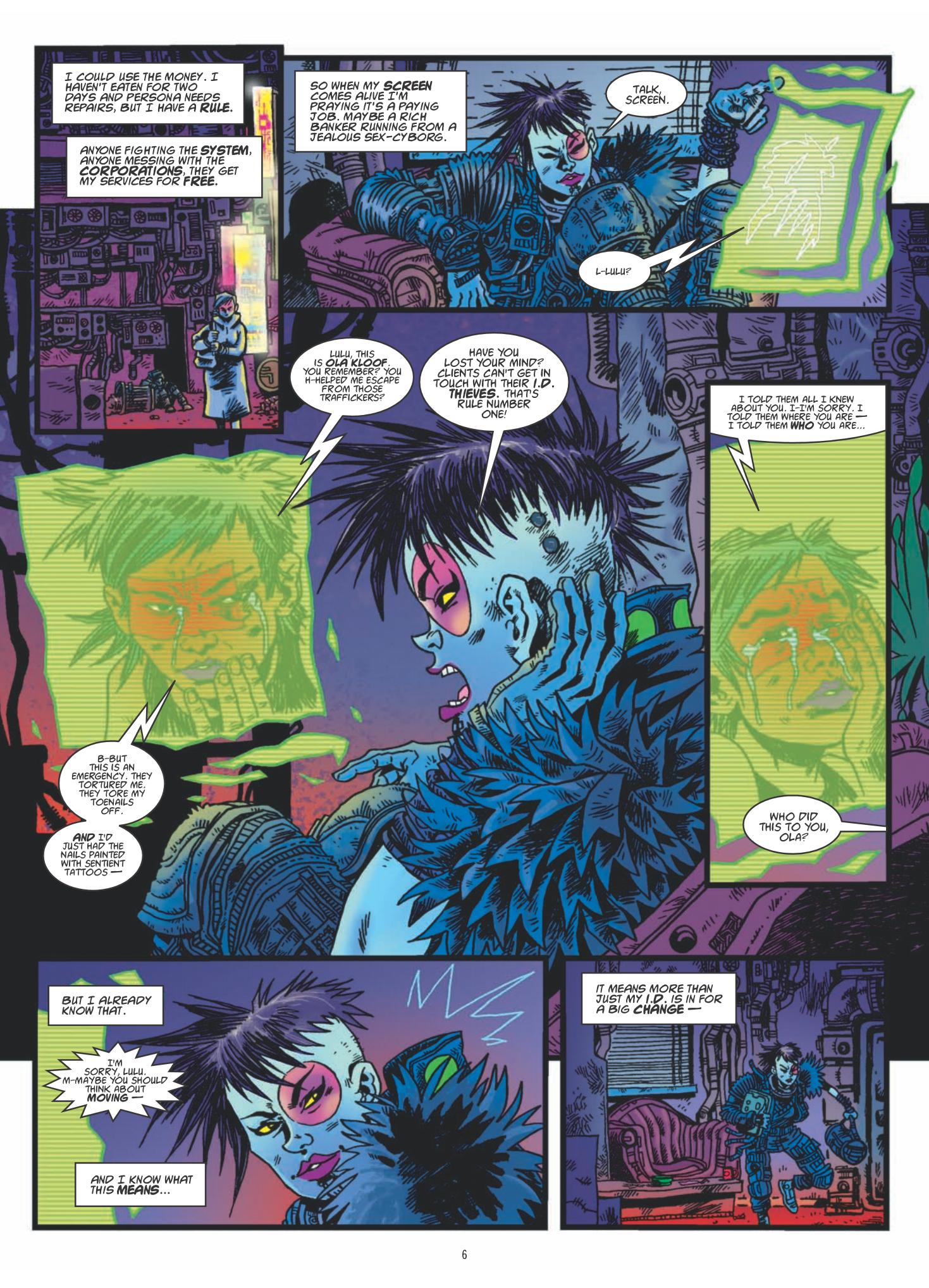 The person who introduces herself to us as Lulu Fun is the Counterfeit Girl of the title, caught in a hellish futuristic extrapolation of our real world in which personal data is ever more important. In Lulu’s world everyone is defined by their data, instantly scanned and credit rated, but there are people who can circumvent the rigidity, skimmers who can provide genetic makeovers and new identities. Lulu is one of them, more talented than most, talented enough to have impacted on the all-powerful Albion Corporation, who’re out for her blood.

Rufus Dayglo worships at the church of Jamie Hewlett and Brendan McCarthy, and has a similar insanely detailed intensity to his art, the effect sealed by Dom Regan’s vivid colours. The art is designed to confuse, that being the best way to engage with the world Lulu operates in, so there’s not a page of tranquillity as Dayglo’s imagination lives up to his name.

This is a Peter Milligan project, and over the years when left to his own devices that’s pretty much a guarantee of good ideas and twists. One is that people undergoing the new identity process will develop the same illnesses suffered by those whose DNA is being spliced, and these can include the grim, speaking Cognizantus Rash. It’s like walking around with your own personal health assessor, but one with an uncaring and offensive attitude. Via Lulu, Milligan takes us on a tour of the satirical new world he’s devised in all it’s malign glory as she desperately attempts to find a cure to her current condition while simultaneously avoiding the attentions of the Albion Corporation. Milligan is Milligan, so even within a feature that’s trivial by his standards there are philosophically interesting ideas such as the consideration of what it might be like to have no idea of personal identity at all.

Counterfeit Girl works to an ending that you may see coming, but getting to that point has been a rich experience, and the ending gives us what we want, what we really, really want.