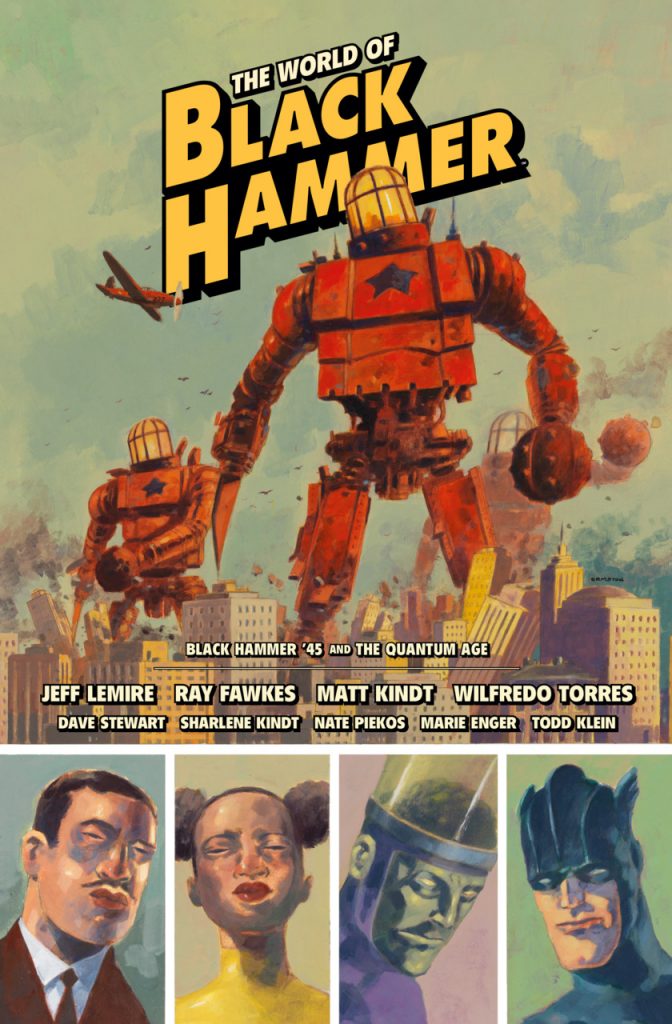 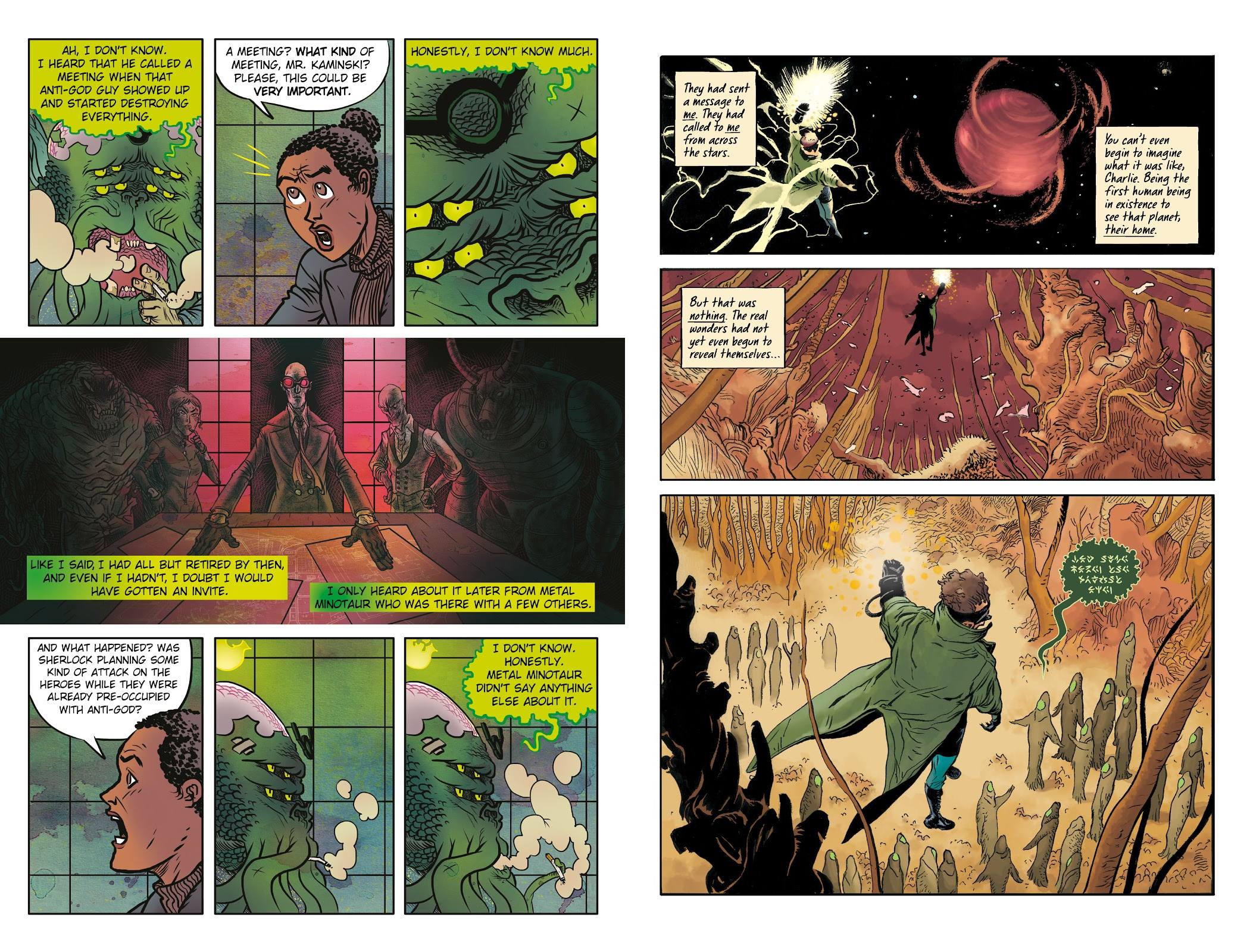 The second combination of features associated with Black Hammer looks back into the past, showing the Black Hammer Squadron at the end of World War II, and way into the future of the 30th century. Released in trade form as Black Hammer ‘45 and The Quantum Age, they present a greatly contrasting pair beyond the time zones. One connects deeply with the core Black Hammer story, one doesn’t. One features sparkling superhero art, one doesn’t. One is twisting and captivating, while the other only shines for brief moments. Unfortunately all the positives are found in the future, while looking back to the past is nowhere near as much fun.

It seems at first as if the Quantum Age story is going to be a Legion of Super-Heroes pastiche, but Jeff Lemire’s focus only really concerns his altered version of a single member, while the remainder of the story is a desperate battle to save humanity from its chosen path. It features an ensemble cast drawn in by Wilfredo Torres in his clean, open style with bright colouring by Dave Stewart to match what for the world of Black Hammer is a largely optimistic story. Despite that overall optimism, and this being the closest so far to a traditional superhero adventure for the Black Hammer universe, it’s not inconsistent with the established mood. Better still, there are very close ties to the core Black Hammer story, to which it’s a form of sequel. Lemire and Torres advance events a little further with each chapter, during which there’s also a focus on one of the main characters, filling in their past or their relevance to the bigger picture. All in all, this is very satisfying.

Unfortunately, the same can’t be said about the original bearers of the Black Hammer name, a World War II flying squadron. Lemire collaborates with Ray Fawkes writing what’s a loving tribute to the Blackhawks, although featuring a more racially diverse cast without the stereotypes of the 1940s material. We join a couple of surviving members on their way to an annual reunion in the present day, and a sense of foreboding hangs over this, one of them still convinced he’s responsible for a past tragedy. While it’s a downbeat homage to the more adventurous Blackhawk story, at no point is it removed from its influence, and the payoff to the present day sequence fails to be match the anticipation constructed by the build-up.

Also to be factored in is the Marmite aspect of Matt Kindt’s art. The crude figures could be said to match the comics of the 1940s, but they’re a distraction when they shouldn’t be. His technology, though, has an appealing looseness and is imaginatively designed, the highlight being some massive battle robots.

Given that the quality levels of the two stories are so different, it’s difficult to recommend the entire package in this expensive hardcover edition.