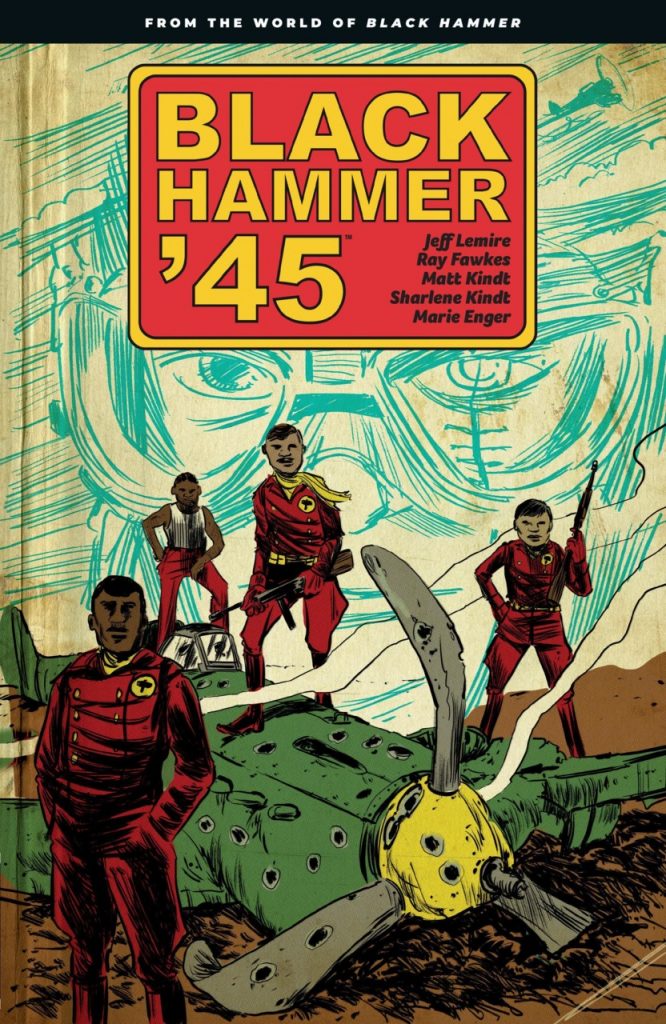 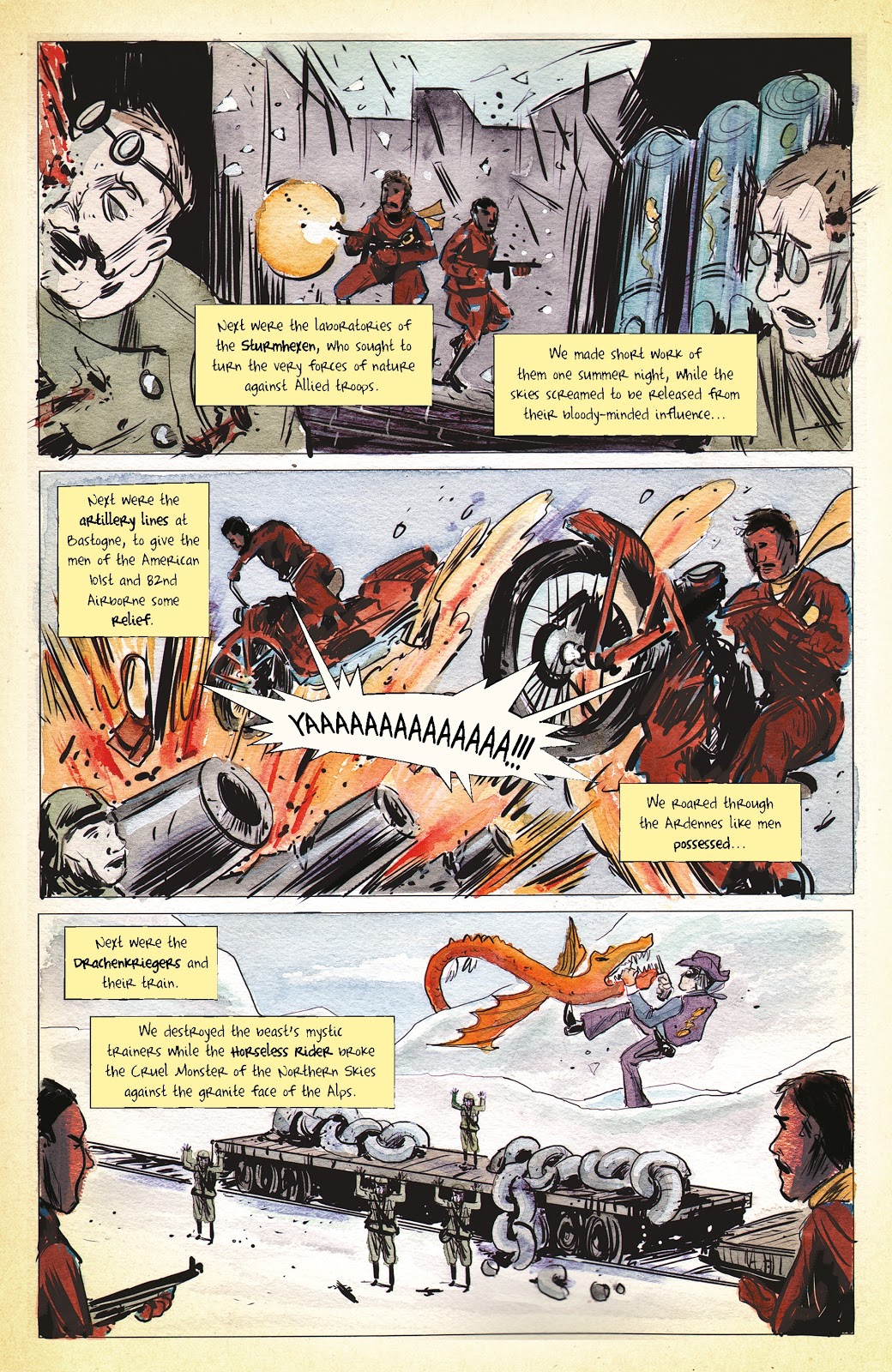 This is but one of a positive industry of spin-offs from Black Hammer, looking at the heroes of Spiral City and their USA before the calamity detailed in Secret Origins. Most feature the characters from the core cast in earlier times, Abraham Slam seen in Black Hammer ‘45, but in supporting roles as Jeff Lemire and his selected collaborators explore the world he created.

Long before there was an individual hero in Spiral City named Black Hammer there was the World War II Black Hammer Squadron, flying aces who tormented the Axis forces all the way through the war. The story of their final mission at the war’s end is counterpointed by the present day reunion, which has taken place annually ever since, the attendees now in their nineties. In 1945 there’s a prison camp in the vicinity of Vienna, and the Black Hammers are to extract a family for the US government while being wary of the advancing Russian threat. That involves the world’s greatest pilot, the Ghost Hunter, claimed to have over 800 kills.

Plotted by Jeff Lemire with Ray Fawkes, and written by Fawkes, this is a love letter to the Blackhawks, Enemy Ace and to a lesser extent Sgt Rock, slightly disguised, but involving all the best aspects of those strips. We have giant robots, an invincible fighter, an international flying squad, and an abiding melancholy, that transferred from Enemy Ace to the present day survivors. As they head to their reunion there’s a sadness that cultivates foreboding about the mission in the past.

Matt Kindt is an excellent writer, but on other projects the limitations of his drawing have dragged the project down. His layouts, technology and movement are fine, but his figurework distracts from the remainder. However, for a story set in the 1940’s and intended to evoke the comics of that decade his lack of polish is positive advantage. He supplies the necessary crude energy and his battle robots are fantastic creations.

While there’s possibly enough action beforehand to disguise it, the payoff for the tragedy we’ve been anticipating all the way through isn’t there. The ending of events in World War II is pretty much as might be expected, and the tone suddenly switches from the fantastic to the ordinary. It’s realistic, but the pointers all the way through called for something more.

Black Hammer ‘45 is combined with The Quantum Age in the second World of Black Hammer Library Edition.