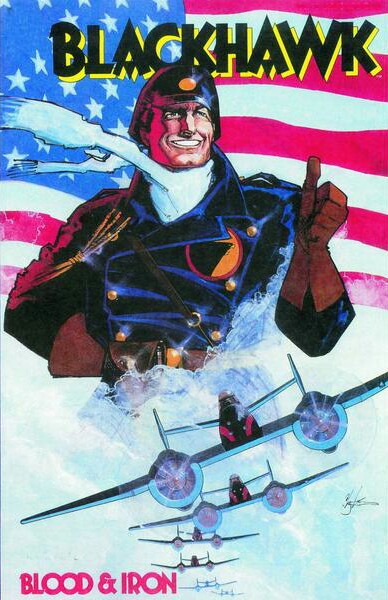 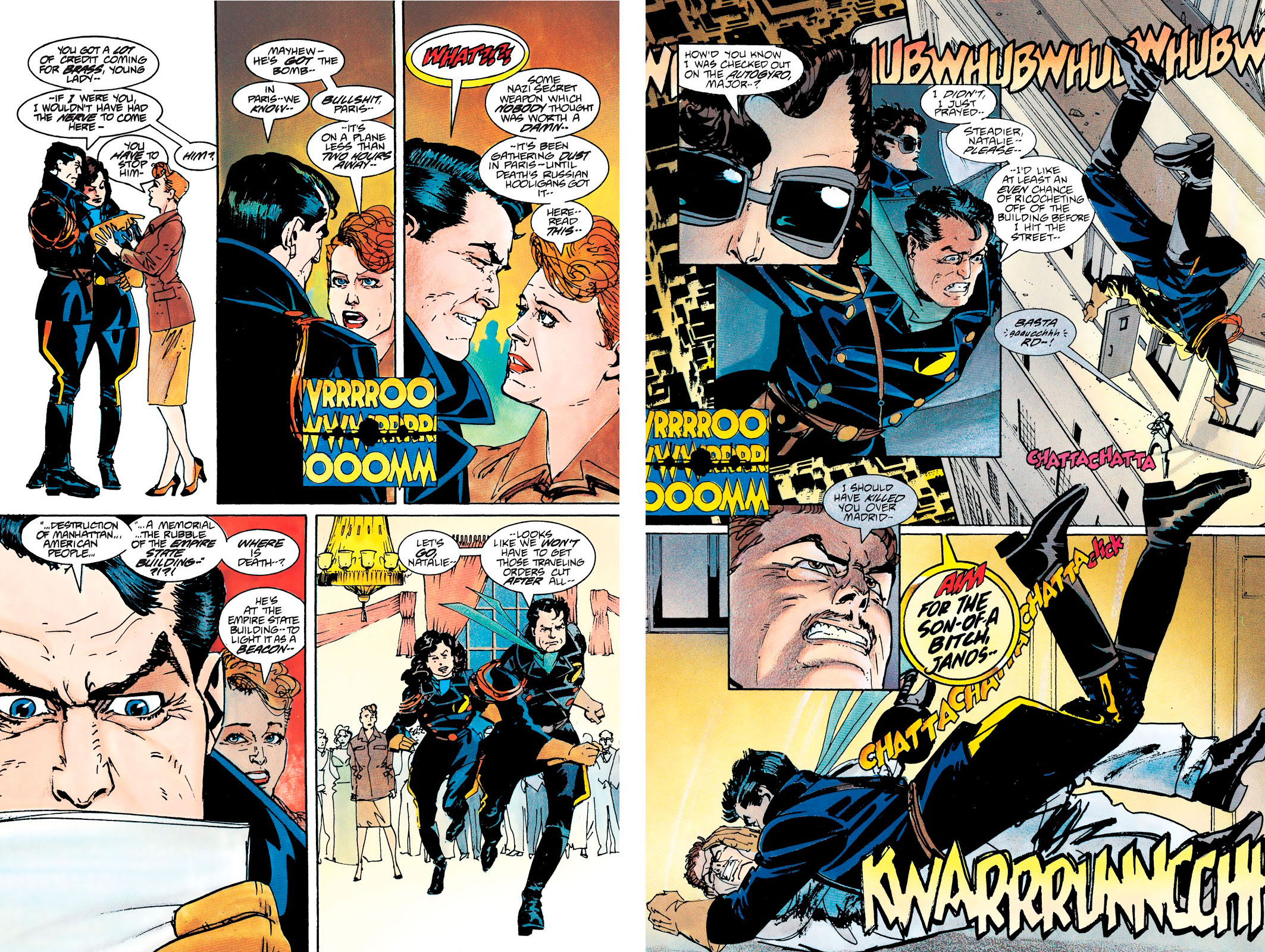 In the late 1980s, DC set about reinventing or redefining many of their more famous properties, handing them over to star creators for this purpose. Frank Miller did this for Batman, George Pérez did it for Wonder Woman, and John Byrne did it rather less successfully for Superman. For Blackhawk, the Second World War flying ace DC acquired from Quality, Howard Chaykin was called in.

Chaykin respects a number of aspects of the original. He reverts to the World War II setting, and Blackhawk’s Polish origin. On the other hand, he introduces an adult tone not previously found in Blackhawk, as he did (with more justification) in The Shadow. He also underplays the rest of the Blackhawk Squadron, with the exception of a new Lady Blackhawk. One of the Blackhawks is even killed off. And the historically-minded may grind their teeth at some of Chaykin’s mash-ups – it’s quite plausible that a Polish Blackhawk fighting Nazis before Pearl Harbour might find himself in trouble with the House Unamerican Activities Committee, but Chaykin has shifted the post-war anti-communist witch-hunt into the War, when Stalin and the Soviet Union were, publicly at least, treated as America’s valued allies.

However, Chaykin playing fast and loose with history is mirrored in many Hollywood movies. What may annoy the reader more is his reinterpretation being full to the brim with every Chaykin cliché ever. There’s a lead character who looks like Reuben Flagg from American Flagg! There are large-breasted women with angular faces falling over themselves to climb into bed with the hero, often immediately before or after berating him for being a chauvinist pig. There’s the obligatory blow-job scene found in almost every Chaykin comic of the time. There’s sex, there’s violence, there’s sexual violence. There’s borderline racism in the depiction of non-white characters.

What is surprising is that, in spite of all these flaws, the story is gripping and exciting. The central plot element – a Nazi attempt to drop a nuclear device on New York – is hardly new, and arguably handled better by John Byrne in Batman & Captain America, but that doesn’t mean it’s badly done here. As an artist, Chaykin is at the top of his game – his artwork is dynamic, and features some impressive layouts, without the clutter that mars the second Time² volume. It’s not hard to see how this sold well enough to justify a regular monthly series.