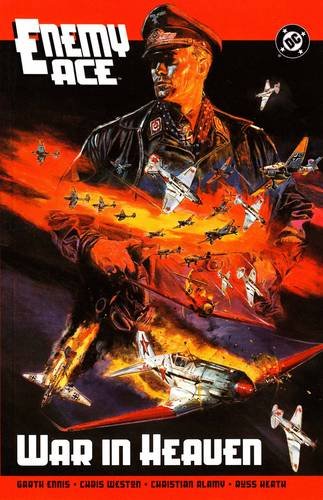 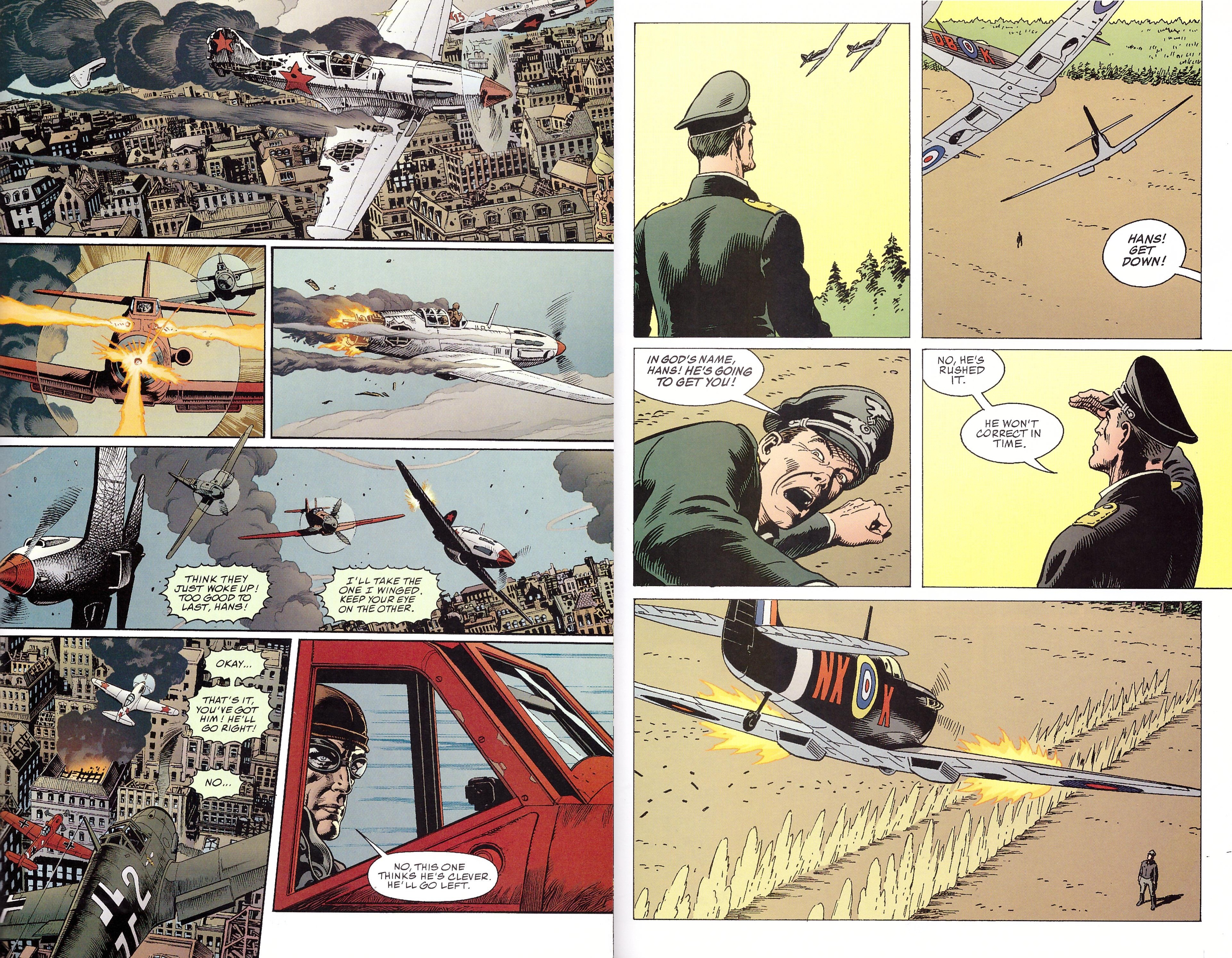 Almost all Enemy Ace stories are set during World War I, with Hans von Hammer in his prime, despairing what he does, but acting as an unbeatable fighter pilot through feelings of honour, representing the German fatherland. It’s a feeling that’s evaporated in horror at what the German state has become when he’s visited by an old colleague and asked to fly again in 1942. However, political realities and the call of the sky ensure he complies.

Garth Ennis’ characterisation of von Hammer is consistent with the self-reflective and sullen character of old, but sets his uncompromising attitude and distress at Nazi ideology against people who’re enraptured by it. If he harboured any doubts about how the horrors of war had escalated since 1918, a spell behind enemy lines during the winter siege of Leningrad is a brutal lesson. Von Hammer’s sense of duty to his country remains, but his curt dismissal of any master race infallibility earns him enmity in his own command. A small-minded subordinate doesn’t see a flying ace with incredible talent who’s single handedly kept an ill-equipped squadron’s kill rate artificially high, but a traitor with subversive views. However, if his spell in Leningrad was awful, three years later von Hammer has to bail out over an even more terrifying location.

A great shame of War in Heaven is the lack of artistic consistency. Working from breakdowns provided by Christian Alamy, Chris Weston revels in detail to an extraordinary level, the meticulous architecture on his sample page representative of his outlook throughout, while Russ Heath is far more impressionistic. They’re both very good at what they do, but their styles don’t mix, and the clash when Heath takes over at the halfway point is detrimental.

Ennis sets a wistful mood from the start, and this is an early example of a story he writes extremely well, in which comradeship and honour is sustained in desperate circumstances. In his later War Stories and Battlefields he’d refine the formula for more succinct plots and with less obvious outrage about them, but War in Heaven isn’t just a prototype, presenting a fine sense of loss and nobility. It’s a slim story, though, and perhaps to justify the price of a graphic novel DC also include a reprint of von Hammer in his 1960s prime by Robert Kanigher and Joe Kubert. It combines a look back to von Hammer’s youth, his father instilling in him that the concept of honour outweighs victory or fortune, with a battle against his greatest foe, the Hangman.