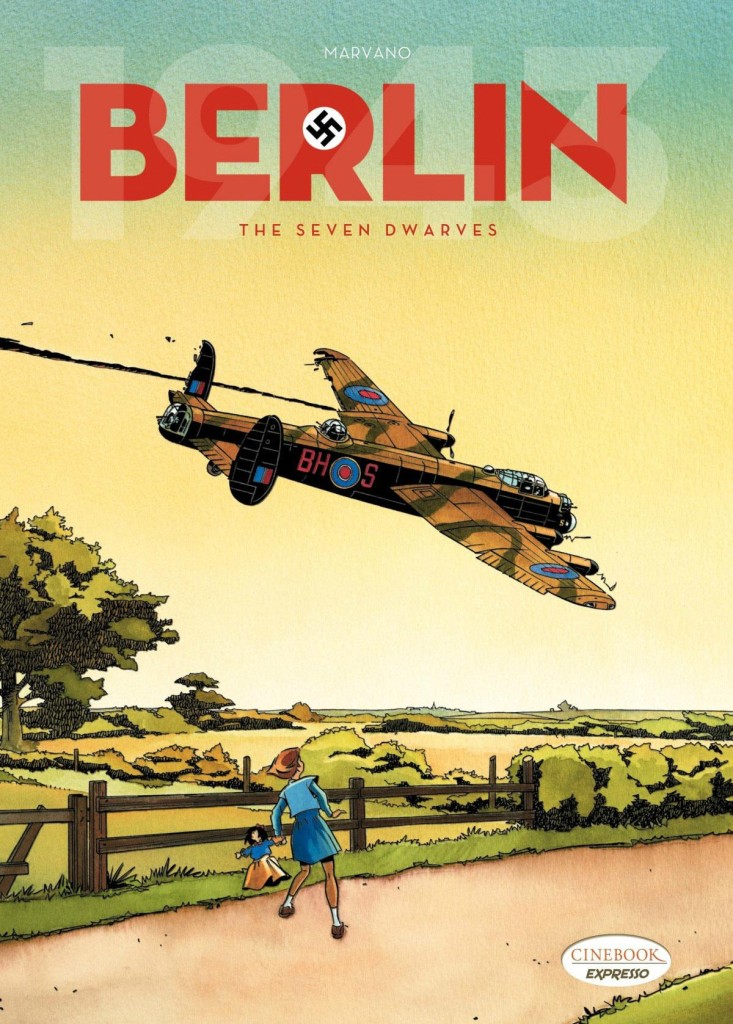 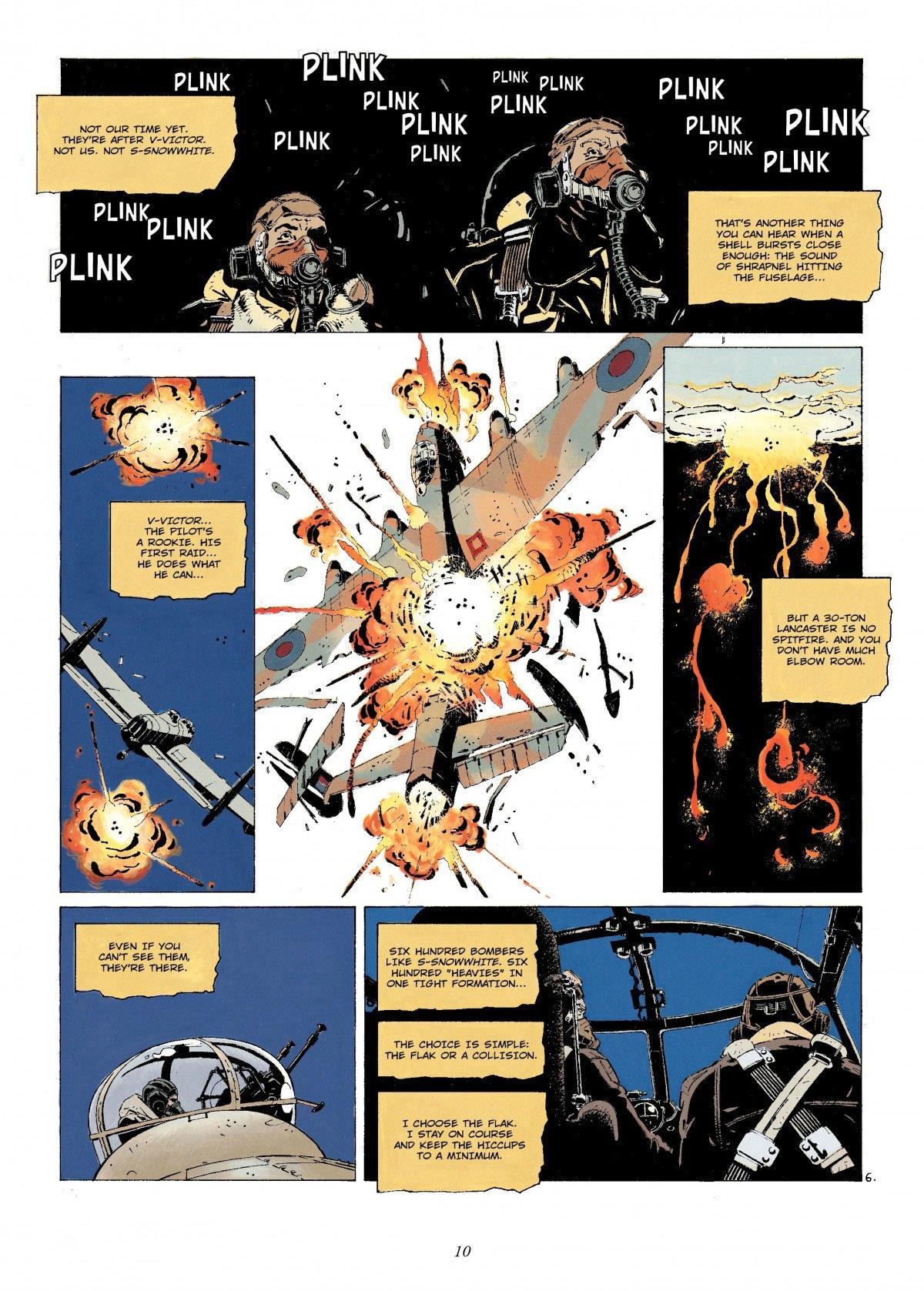 It’s gratifying to note that Cinebook’s commitment to presenting European graphic novels in English extends to single volumes outwith their regular series. Jean Van Hamme and Grzegorz Rosinski’s Western was one, and this is another.

Credited under his familiar alias Marvano, Belgian cartoonist Mark van Oppen, whose alias derives from contracting his name, is best known for his work adapting The Forever War, yet has a career stretching back to the 1970s. Berlin dates from 1994, and is unrelated to his later wartime graphic novels under that title, which are unavailable in English.

This is an excellent portrayal of what life was like for the crews flying cumbersome Lancaster bombers during World War II. Marvano begins by conveying the claustrophobic and terrifying experience of flying a raid, with anti-aircraft fire all around and the foreknowledge that not everyone is likely to return from any given expedition. It’s packed with detail accentuating the uncertainty. One particularly effective panel has pilot and co-pilot in darkness looking concerned, and surrounded by sound effects reading “plink”. “That’s another thing you can hear when a shell bursts close enough”, reads the accompanying caption, “the sound of shrapnel hitting the fuselage…”

Marvano then takes us through the post-mission rituals and day to day life between raids. Within the results of his meticulous research he wraps a love story, that of Sgt David Auberson, and WAAF Sarah Peters. Contact between the sexes on base is restricted by decree, although understanding the days of the Lancaster crews may be numbered, there’s more sympathetic application of regulations than there may have been elsewhere. Sarah pines for her missing boyfriend, while the younger Augie pines for Sarah.

There’s a further plot thread that develops surprisingly. In his spare time Auberson befriends a young girl living on a farm near the air base, but her father resents their friendship. Revelations only occur in the present day, which is where the book opens.

Marvano’s art is as detailed and well-researched as his script. It’s richly nuanced. This is no approximation of a bomber. He convinces with every illustration, and renders the battle scenes exciting without ever dropping into exploitation. This is important as Marvano isn’t just delivering gung-ho adventure, and represents other viewpoints during the course of his story.

As everything draws to a close there’s a real jolt to the heartstrings as elements seemingly dropped into the preceding pages at random come to have significance. The title, incidentally, is due to Auberson’s plane being christened Snow White, and there being seven members of his crew.

With war no longer the popular genre it once was, Garth Ennis has been ploughing a lonely furrow with his battle material incorporating human interest, but Marvano’s work is every bit as good.