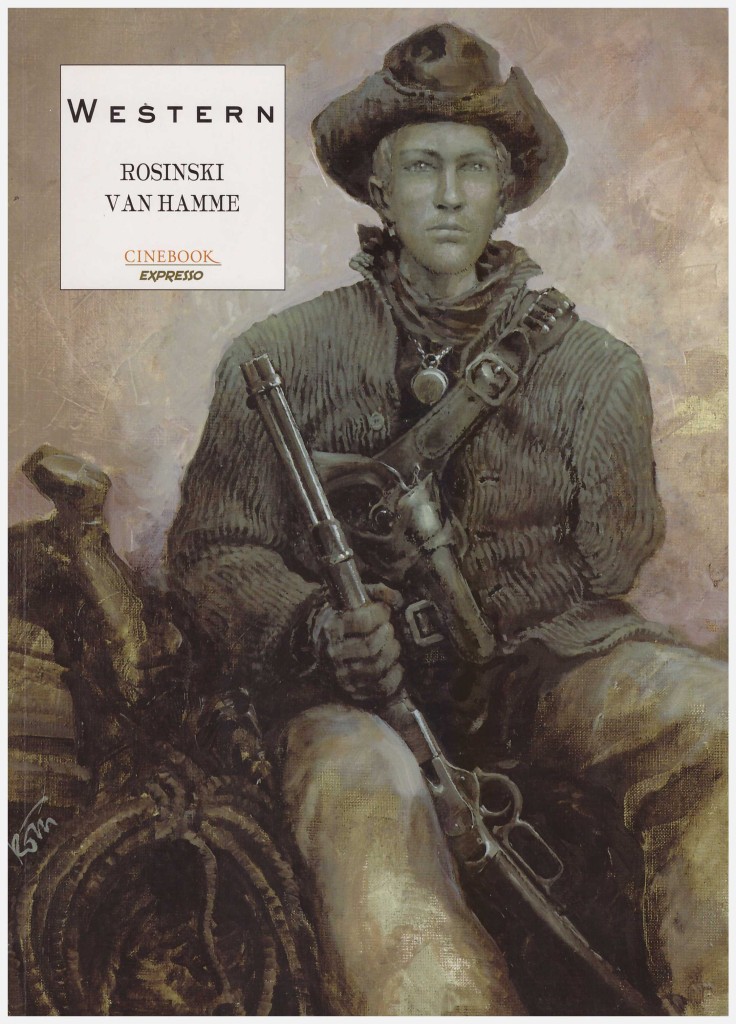 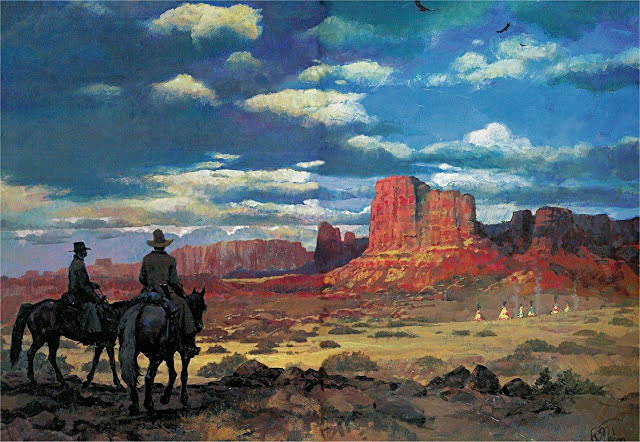 Jean Van Hamme’s CV is extensive, with almost a dozen series under his belt extending beyond a single album, covering a variety of genres. Yet in a European market receptive to the idea he’s never worked on a Western strip. The nearest he’s come is with the early 1980s series Tony Stark (no relation) about a modern day American cowboy. One can only speculate why. For the time being we can be thankful for this impressive one-shot.

It features elements consistent with much of Van Hamme’s writing. There’s a strong plot with unpredictable twists, an interesting lead character, and an unsentimental worldview, but also stylistic departures. The typical Van Hamme strip is exciting, but lacks the emotional depth that’s the core of Western. Van Hamme also steps away from the template of his heroes. Nate Colton needs to survive in an unforgiving environment, requiring periodic moral ambivalence, so he’s a far more flawed and fallible character than the usual Van Hamme hero.

A rich rancher has offered a considerable reward for information leading to the whereabouts of his nephew Eddie, presumed abducted by the Sioux during an incident in which his parents were murdered. He follows up a lead with tragic consequences. The narrative then switches to Colton, who’s established a reputation as a fearsome gunfighter despite only having full use of one arm.

Van Hamme utilises the full panorama of Western backdrops in telling his compelling story, yet there’s a reason it has to be a one-shot rather than another continuing series.

Grzegorz Rosinski collaborates with Van Hamme on Thorgal, and here uses a very similar style to depict 19th century frontier territory. The one major difference is rendering almost the entire strip in sepia watercolour, evoking the era. The exceptions to this are generally in red, accentuating the tragic elements.

He also takes the opportunity to depart from conformity, splicing the narrative with a stunning succession of double page, full bleed spreads, painting a series of iconic images associated with the Western. There’s the Native American settlement beneath mesa and butte, the gravedigger at sunset, the hunters in their furs. With the exception of a busy town street in winter all emphasise isolation.

The Western was once a means of exemplifying and exploring the best characteristics of the American spirit, and there’s no little irony that while that unifying method has all but evaporated in the USA, the tradition is maintained in Europe. This is an excellent example.