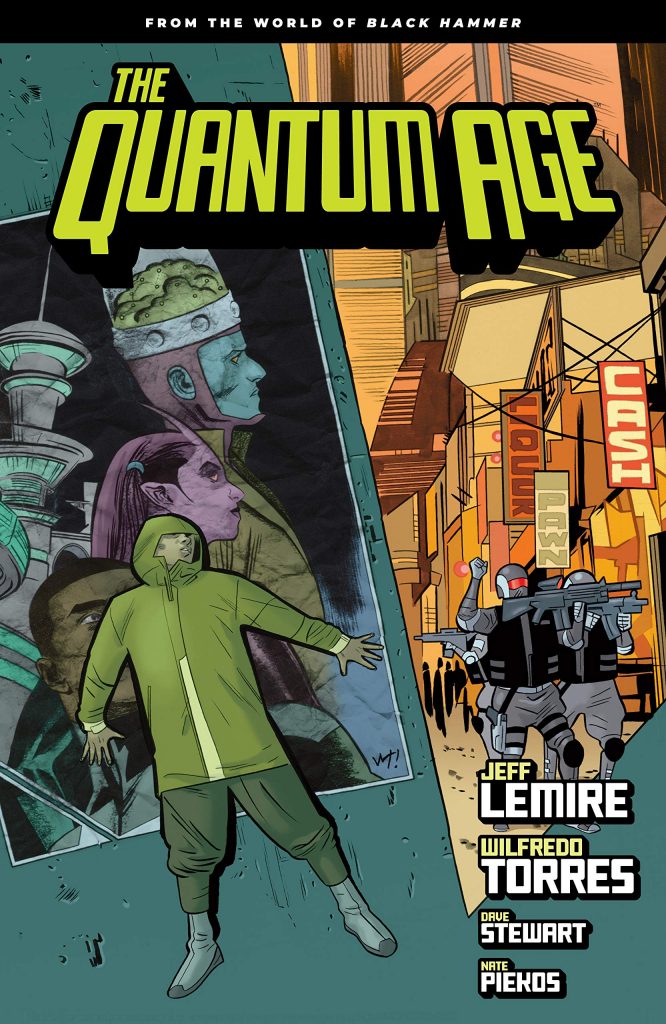 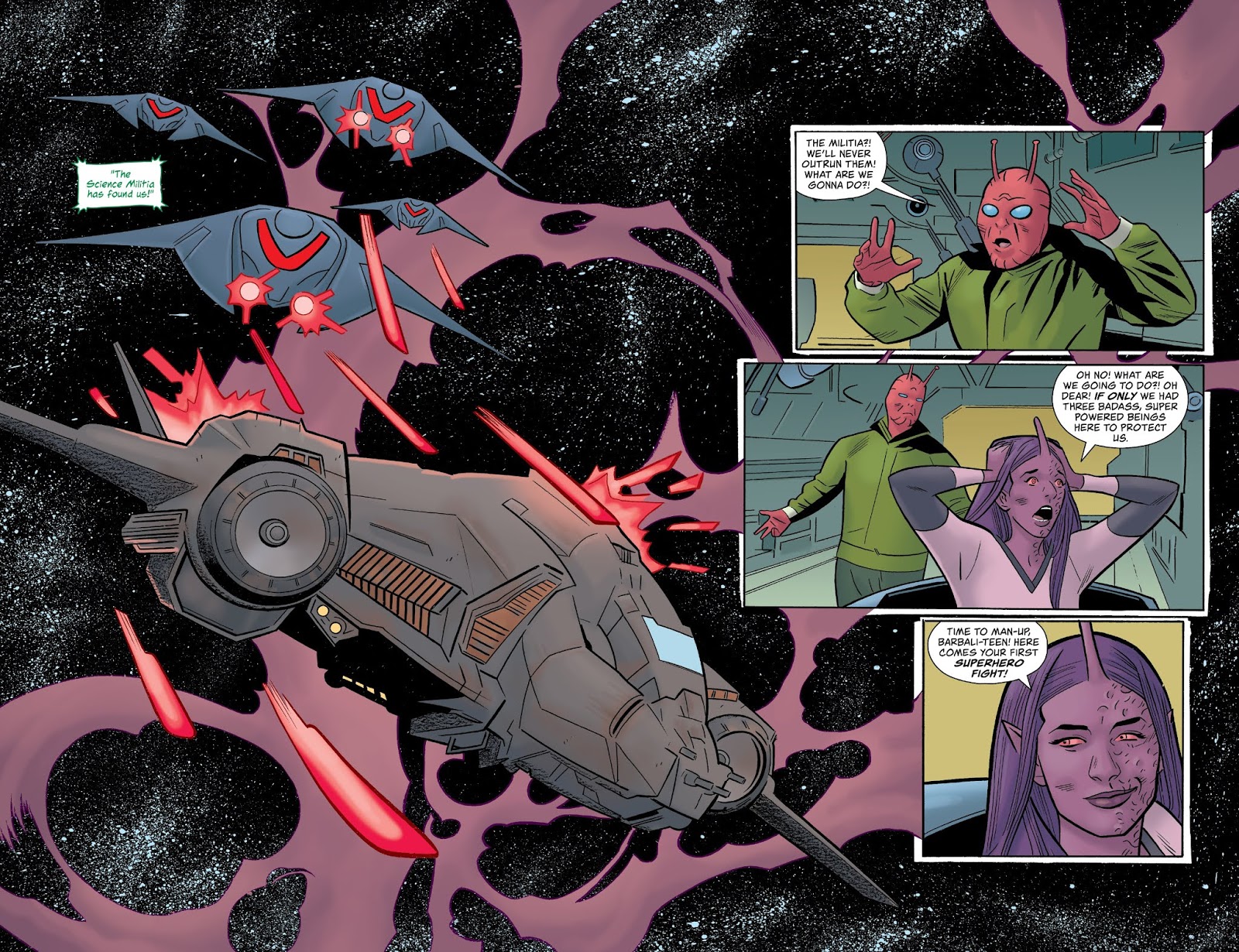 Among the heroes trapped on the farm in the core Black Hammer series is a gay, shape-changing Martian, an outcast in his own community before arriving on Earth. In 3041, the Martians invade Earth, and the result is complete change, although not in the way that might be predicted, Jeff Lemire generally first rate at confounding expectation. We follow Trev Trevz, a Martian calling himself Barbali-Teen, who soon connects with what remains of a large 30th century superhero team he idolised as a child. However, the Quantum League’s reputation has diminished considerably since then.

The Quantum Age has far closer ties to the Black Hammer heroes of the present day than the setting might lead one to believe. It’s not a great stretch to equate the Quantum League with the Legion of Super-Heroes, but beyond the use of one of their number, Lemire is more interested in the concept and era than any individual members. Besides, the story is creative enough to vault any suggestion of plagiarism. It’s the most overtly heroic of any Black Hammer spin-off, the clean cartooning of Wilfredo Torres and the bright colouring of Dave Stewart suggesting a brilliant tomorrow is achievable, even if things don’t start out that way. This is structured so every chapter continues the main story while also presenting the past of someone integral to events.

The result eventually develops into a form of sequel to the main Black Hammer story, although in an extremely unconventional way. It remains relatively joyous for one thing, and there’s a great twist near the end, one that shouldn’t be given away, yet is of the having one’s cake and eating it variety. Darkness is almost continually present, but no other story from the world of Black Hammer features such optimism. Whether that’s what readers captivated by the series mood will want is another matter. Also worth noting, is that the story could be seen as a warning about what could happen if a demagogue with a high public profile is placed in charge.

World of Black Hammer Library Edition 2 combines this journey to the future with Black Hammer ‘45’s look back to the past in an oversized hardcover.