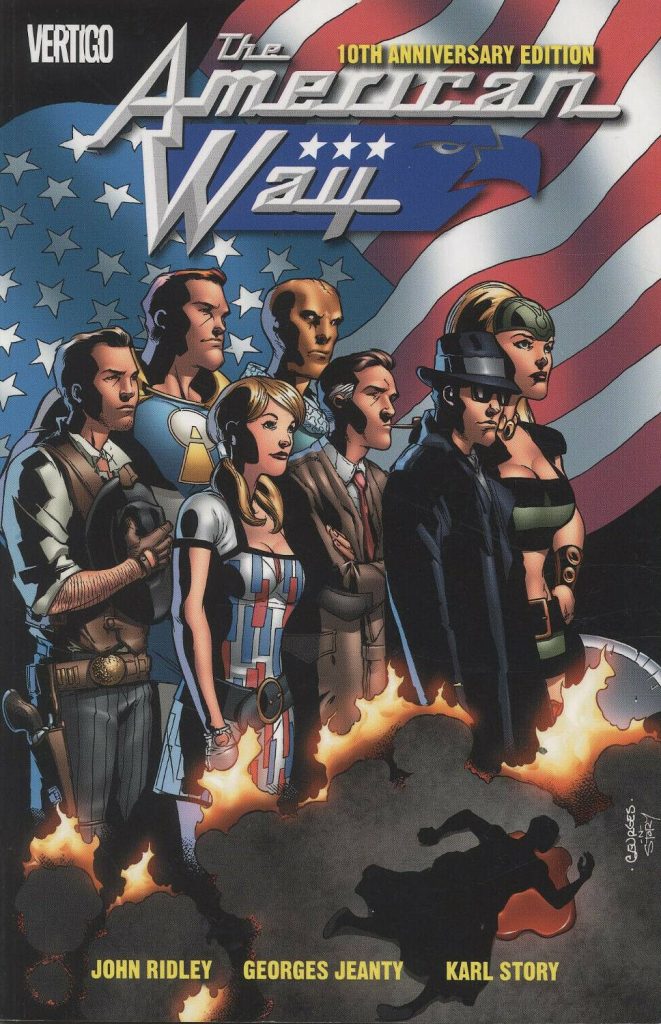 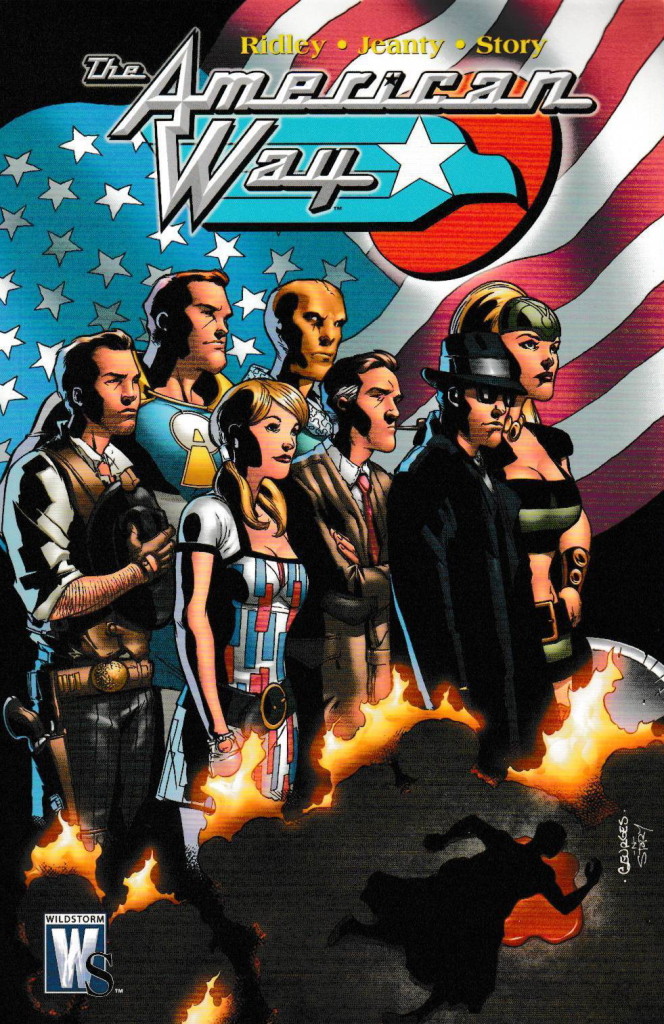 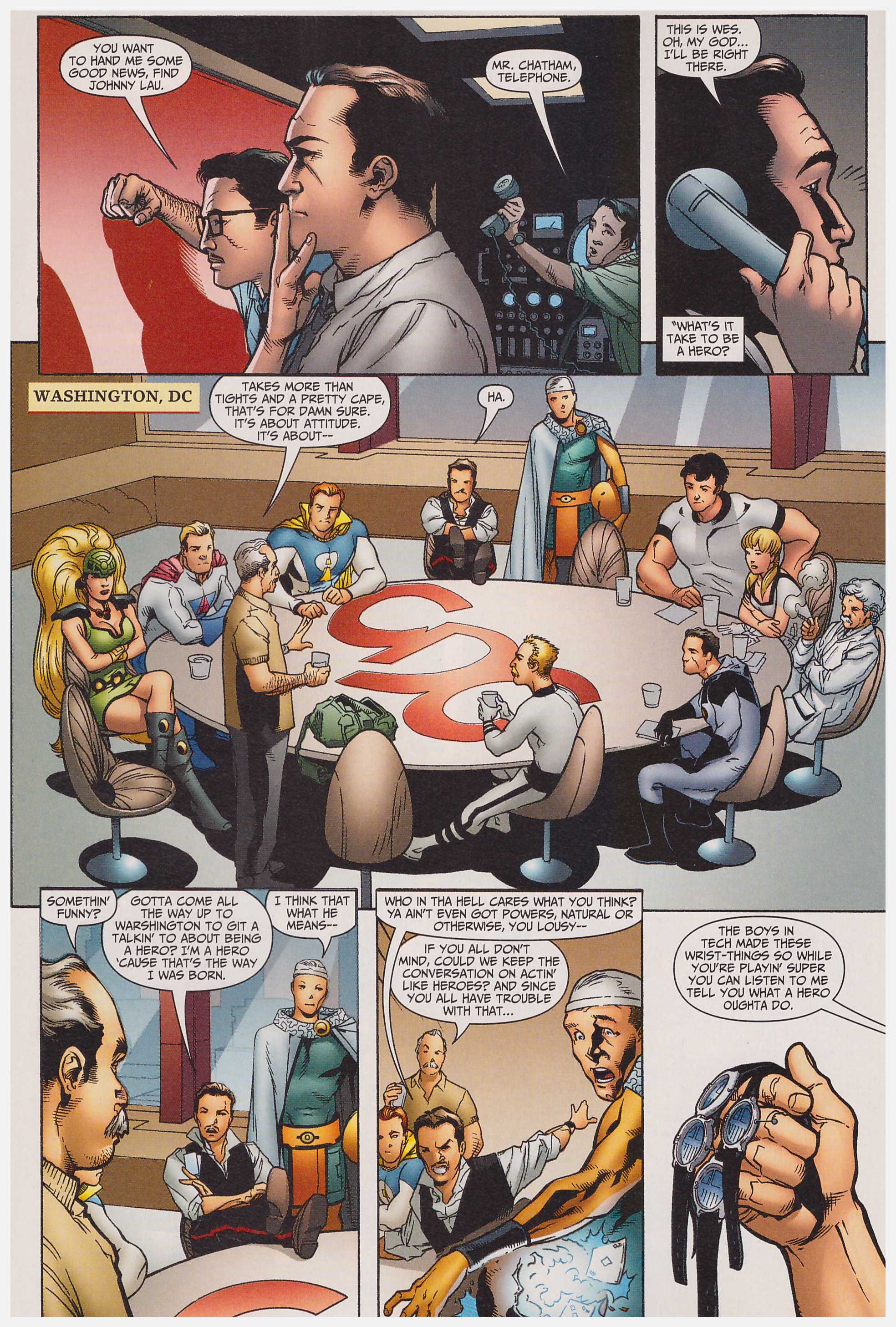 In 1961 the cold war hasn’t quite reached fever pitch, possibly because the USA frequently faces even more imminent threats such as alien invasion or a meteor shower. Luckily there’s the Civil Defence Corps, a group of superheroes representing all right thinking Americans who’ll sweep in to save the day.

Wes Chatham is a marketing executive, top of his trade, but working with a firm that isn’t, and whose latest launch is scuppered. Luckily Wes has friends. He went to school with Bobby Kennedy, for instance, and as he notes, Bobby’s done okay for himself. Bobby also needs someone to be the PR man for the CDC, and the first disclosure is that the entire dog and pony show has been staged. It’s a vast stunt designed to both placate the public and provide them with something to believe in during hard times.

Not everything has been faked. The heroes may attend managed disasters and robberies, but some of them have genuine super powers. Little good it does one when he falls off a building in front of the TV cameras. Welcome to your new job, Wes. When two heroes have a very public falling out, he has to sell the story of their being mind-controlled, and when a killer escapes and engages in very public murders Wes has to explain that as well.

John Ridley’s research is such that his dialogue and captions form a checklist of the times by themselves, but a narrative weakness in the early stages is how often these are shoehorned in and distract. The other is the sheer volume of dialogue, but that’s amid an interesting and barely seen take on superheroes. The first chapter introduces the team and sets the scene, and from the second we come to know the individual team members. Ridely’s to be applauded for taking a chance with them. A vocal black activist works alongside a Southern racist, the Superman analogue is of the Nietzschean ideal, and his primary villain would be more at home in a Warren Ellis comic than the early 1960s. The attitude of the USA towards its black population during that era raises its head, and smaller problems escalate to significantly larger ones, and they’re of the government’s own making.

George Jeanty’s art moves the story along well enough, but considering what he’s got to work with it might be imagined he’d aim a little higher. There isn’t a memorable image to be found, and while a case could be made that the entire story is bathos, dragging the superhero down to street level and making them look ordinary, that’s not why the art is mundane.

Some of Ridley’s ideas don’t work as well as others – Mark Twain as a superhero for one – but this is an idea-packed graphic novel exploring topics never previously seen in superhero comics, and that level of originality is to be prized even if it doesn’t all hit the spot. Unfortunately, that applies to the ending. It features some heavy-handed moralising accompanying a predictable surprise, and a melodramatic hint at the future, although Ridley does at least avoid the temptation to throw in a communist plot.

The American Way would have been vastly improved by a more imaginative artist, and a few ideas don’t come off, so consider this a flawed album with seven good tracks, which is more than enough to repay your time. Ten years later, with Ridley then an award winning screenwriter, he and Jeanty provided a sequel with The American Way: Those Above and Those Below, which prompted a reissue of this volume under the Vertigo imprint.