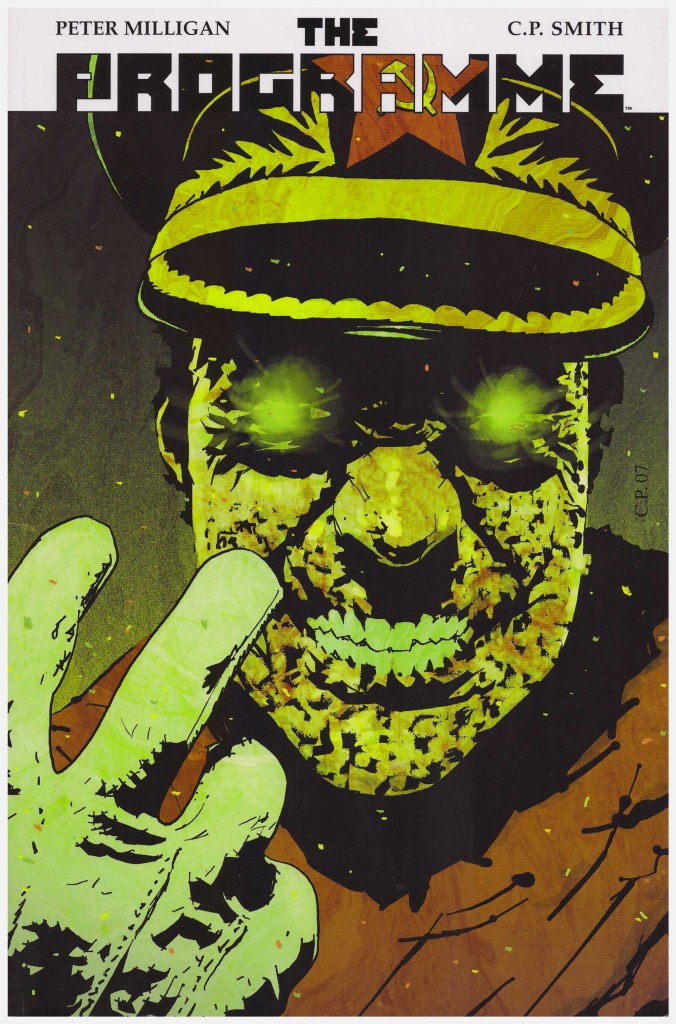 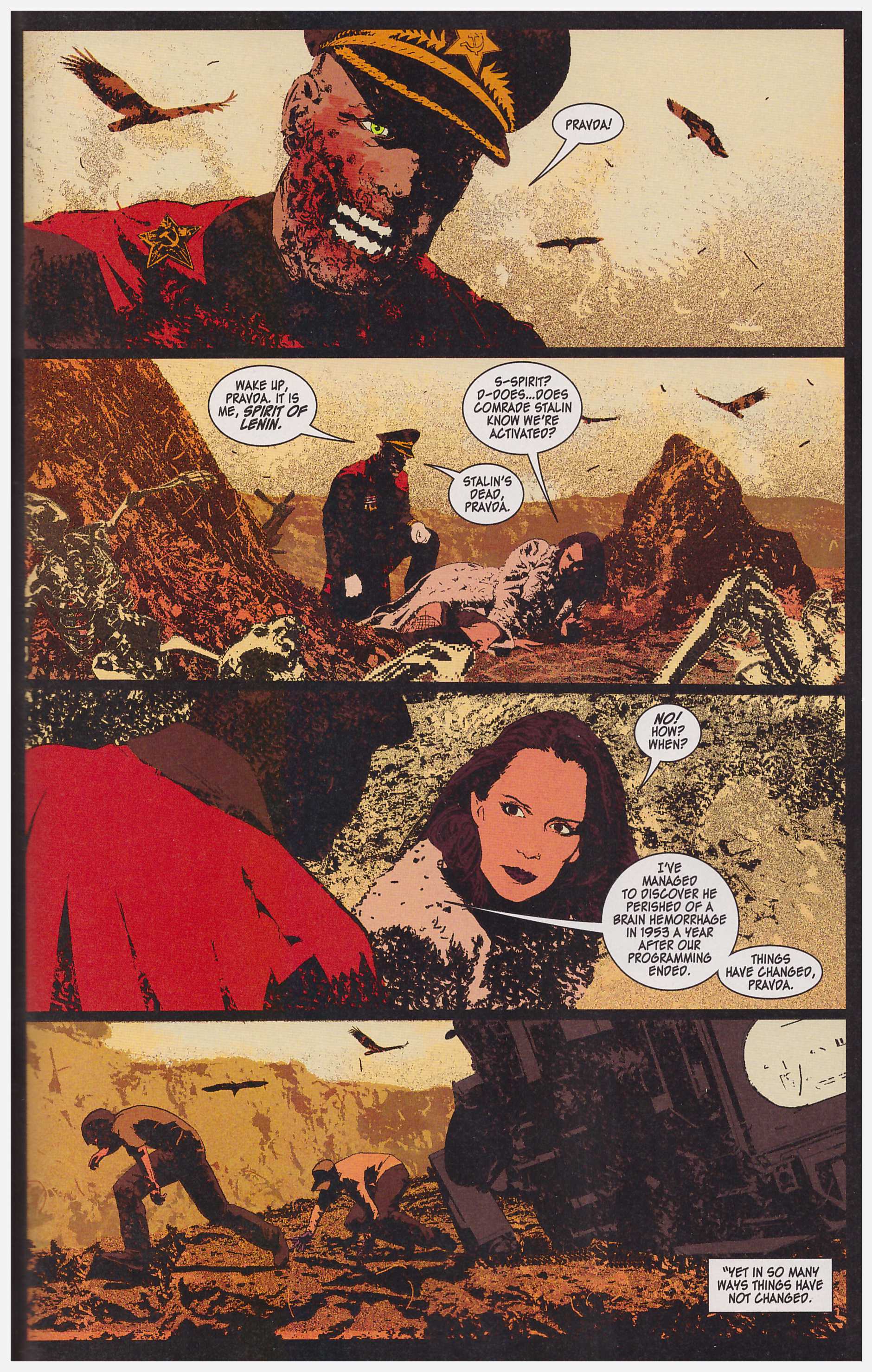 That’s one arresting cover image from C.P. Smith, picturing a sinister and threatening Russian soldier, seemingly radiation frazzled; a true nuclear nightmare. It becomes known as the Talibstan Terror, and we don’t discover exactly what it is for while.

Peter Milligan’s opening chapter skips about like well spun flat stone across water. In the past there are Nazi scientists at the 1945 fall of Berlin desperately attempting to reach somewhere while the carnage rages all around them. In the former Soviet state of Talibstan carnage is also the order of the day, but this time it’s American soldiers on the receiving end. One of the few who’d profited from the break-up of the Soviet Union discovers that being a billionaire doesn’t necessarily prevent you from relocation to a Russian gulag. The US president has a new security advisor, the previous incumbent having over-stepped the mark by arranging for the assassination of the Bolivian president in the name of US defence. And there’s Max, owner of a New Mexico bar at the upper end of his mid-fifties concerned about erectile dysfunction after being unable to satisfy his girlfriend a fourth time in a night.

It’s a heady brew, and given the space to unwind over twelve chapters issued in two books. Max is key. He’s not happy about being abducted by the CIA, and although concerned on seeing news footage of the Talibstan Terror he doesn’t quite see how this is any concern of his. And that’s when Milligan begins to draw his plots together.

Milligan’s always had a flair for smart, cinematic dialogue, and at times he’s hilarious here. “I’m a Canadian citizen now, you can’t make me do anything I don’t want to do”, blusters one character, drawing the response “For a writer on political history that’s a remarkably naive sentiment”. It crackles in this fashion throughout, as Milligan uses the symbols of the past – LSD, Nazis, Joe McCarthy – often in very amusing fashion, yet never crosses a line pulling The Programme away from the action thriller it’s supposed to be. It may seem so at times, with an African-American programmed with Joe McCarthy’s ideology, but this has a greater purpose amid the sniggers.

The past provides the means to explore the world as it was at the turn of the millennium, into which he throws some superheroes. These are as twisted as the plot, and in one case they can alter reality.

That terrifying cover image isn’t the sole occasion Smith’s art provides almost pants-staining moments. The script ventures into some very dark cubbyholes indeed, and Smith relishes these. His work is somewhat reminiscent of John Paul Leon in its gloom, which is no bad thing at all, and he’s also responsible for the colours, initially under a pseudonym, selecting stark contracts of the same shade on a page.

By the end of this opening portion of the story Max is in a very different place, and more than one subterranean bunker has been disinterred to revitalise its ideological content. Oh, and the world is on the brink of disintegration. You’ll surely want to read book 2.