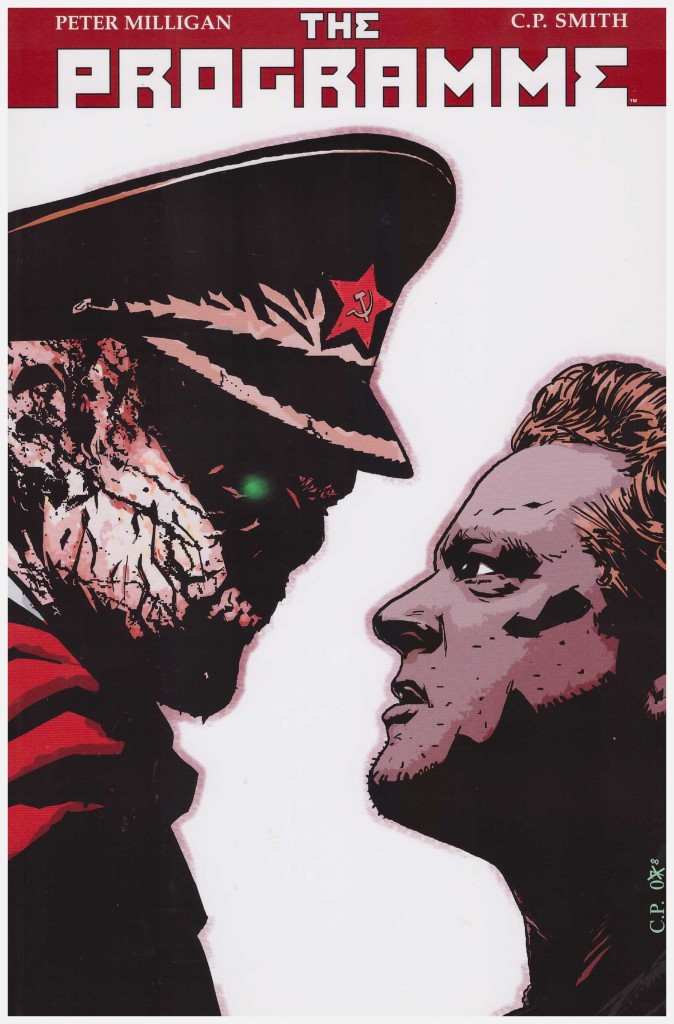 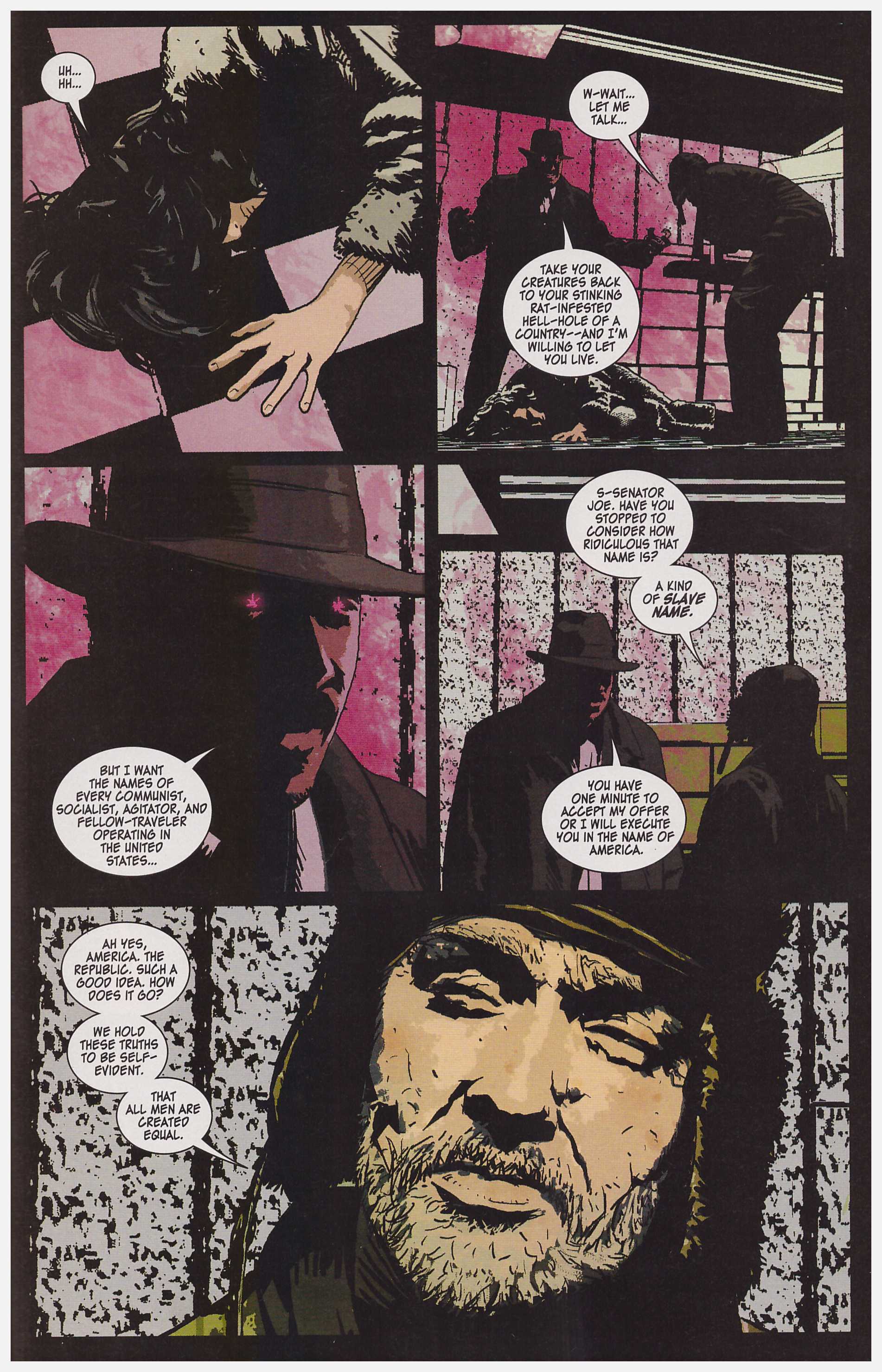 The opening instalment of The Programme, was one head trip. Read it first. It really is very good.

Done? Well you’ll now be immersed in a world where the fruits of Nazi genetic manipulation were shared between the USA and the Soviet Union, each strip-mining the laboratories and hiring personnel they encountered when liberating Berlin in 1945. From that Peter Milligan brewed a beguiling thriller about the fruits of the Nazi research. Each Cold War opponent developed super beings. Not the cuddly, reassuring superheroes who save your town when the Lizard slithers from the swamp, but truly terrifying ideologically motivated individuals with abilities to match.

The sole exception is Max, whose 1960s brainwashing was subverted by a psychologist who’d swung across the political spectrum after his first LSD experience. When all these relics are awoken in the first decade of the 21st century, their ideologies intact, the very fabric of the world is endangered.

Milligan constructed a compelling thriller in the preceding book, turning the screw on the tension in page-turning manner from the opening chapter, and continues in that vein here. We open with incredibly dangerous supermen with Stalinist views arriving in Las Vegas, representing everything they consider vulgar and decadent about the USA. Very early in these concluding chapters, though, Max shakes off his doubts and ennui and starts to live up to his potential. Anywhere else that would lead inevitably to slam-bang superheroics, but have some faith in Milligan who has very little interest in that. “Either America will pull together to fight us, or it will pull itself apart”, considers a character accompanying the Soviet cast, providing the key statement for this part of the novel.

The Programme was heavy on the symbolism in the opening volume, but the symbolism here is of a more direct kind, as Soviet super-powered humans in the USA enables Milligan to begin an investigation as to how the nation would react to the last days. He spotlights several unsavoury types with an agenda, and the subtext considers patriotism. It’s a brave story that tackles US racial tensions head on, but Milligan’s never been shy of following his muse irrespective of others considering it controversial. To slot the topic into the bigger picture requires some deft shorthand, but this is no casual exploitation of a disturbing situation.

C.P. Smith’s apt artwork deals in iconography also. It’s more spartan than the first book, and at times static poses overlaid on the barest of background have the look of frayed poster art, feeding into the mood. His character designs come more to the fore also, with the decay affecting one of the Soviet cast members resembling nothing so much as Eddie Campbell’s Bacchus.

This is slightly weaker than the suspense and surprise of the first volume, but still very much worth reading. The problem ultimately becomes too many plots set in motion, meaning some just peter out with no resolution. The Programme has a commendable focus of character based tension, laced with black humour, and certainly a bleak view of the American establishment. There’s no predictability about anything, and isn’t that what we want?