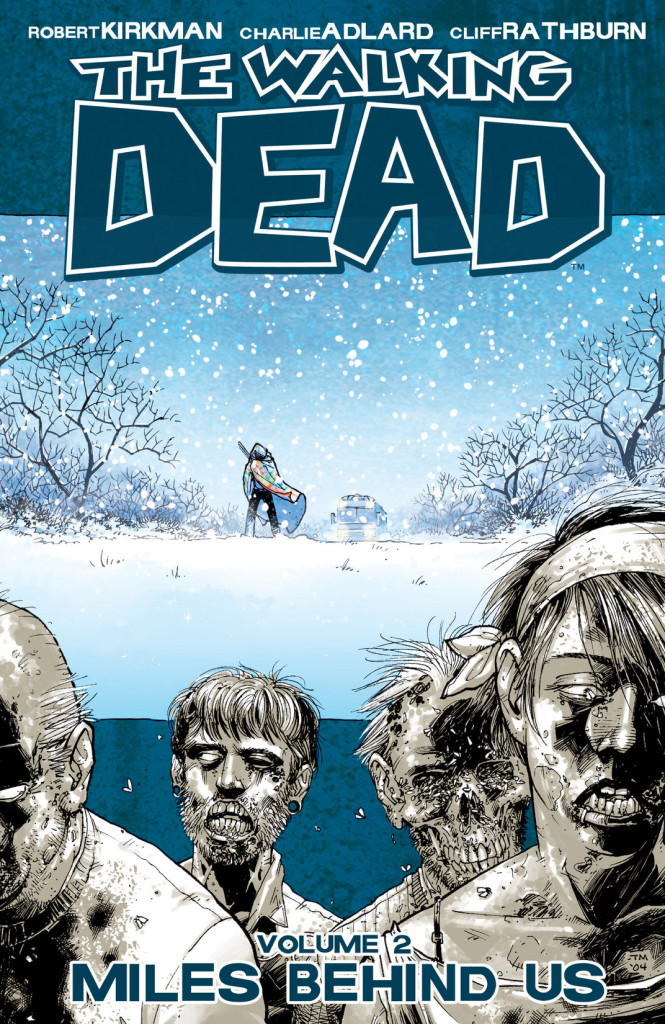 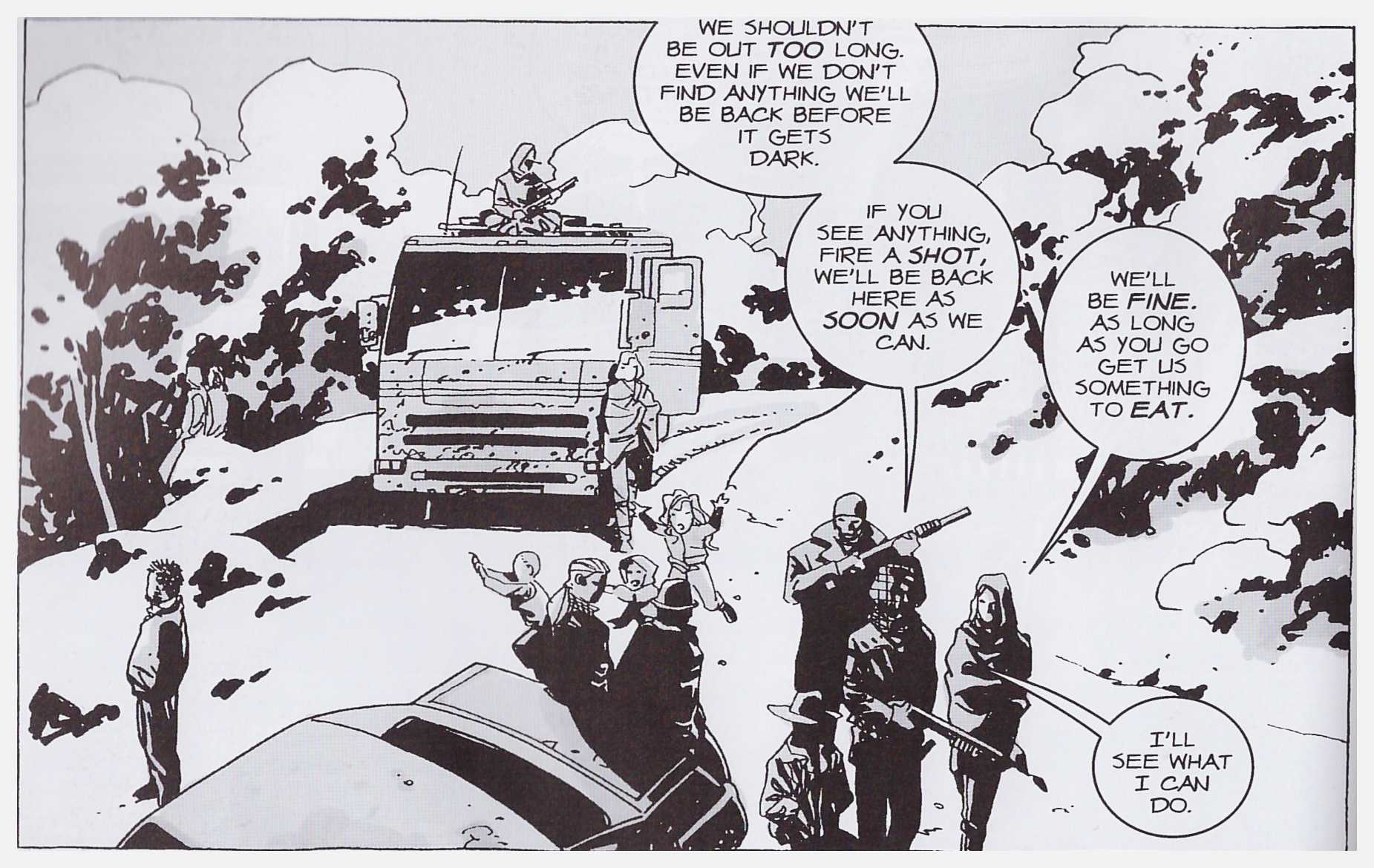 What presents as a smooth creative collaboration for chapters comprising the introductory volume Days Gone Bye, was actually, by the end, not a very happy experience for artist Tony Moore. His pacing and designs characterised the series, but he concluded he’d be better off working on other material. So, with this book, it’s welcome Charlie Adlard as new artist, and the man who’s drawn every page of the series since then.

Adlard’s style is a shorthand naturalism that doesn’t veer as far into cartooning as Moore, but neither does he make conversations as visually interesting, all too often pulling in really close-up for his viewpoint. Instead of presenting the work in straightforward black and white, though, greytones are overlaid by Cliff Rathburn. It’s an odd choice, not really adding any extra depth to Adlard’s art.

Robert Kirkman has such an adroit manner around a plot, we shouldn’t forget he was still a relatively novice writer learning his trade when the earliest volumes of The Walking Dead were published. That’s apparent in a clumsy and unconvincing scene opening this book displaying how Shane and Lori first got together after the zombie outbreak. It’s required, though, for later relevance.

For reasons detailed previously, the community need to vacate their encampment, a good idea with winter coming on anyway, and it looks as if they’ve hit the jackpot as far as accommodation is concerned when they find the empty houses of a gated community. Kirkman, though, is better than that, and the eventual location where most of this book’s drama plays out is a large farm property where another community of survivors has already taken up residence.

Once again, it’s astounding how much of this book transferred directly to season two of the Walking Dead TV show, testament to Kirkman’s skilful plotting and pacing. He doesn’t yet entirely convince with the big emotional moments, relying too much on the maxim that grief makes people behave in uncharacteristic fashion, but he constantly throws in interesting new ideas about zombies. This includes a fundamental ethical disagreement about how they should be treated: “For all we know those things could wake up tomorrow and be completely normal again. We just don’t know. You could have been murdering all those people you put out of their misery.”

What at first seems an ideal refuge proves temporary, but the final page appears to supply something even more desirable. Cue volume three Safety Behind Bars.

Volumes 1-4 are collected in volume one of The Walking Dead Omnibus, and this can also be found with with the previous Days Gone Bye as The Walking Dead Book One, also in hardcover. Those who’d prefer heading straight for the jugular can also buy books 1-8 as the first Walking Dead Compendium.