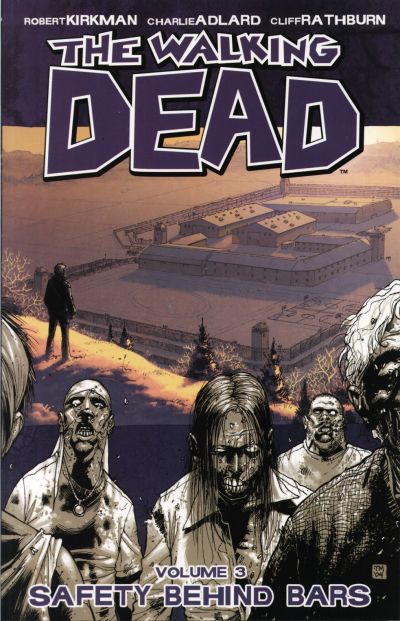 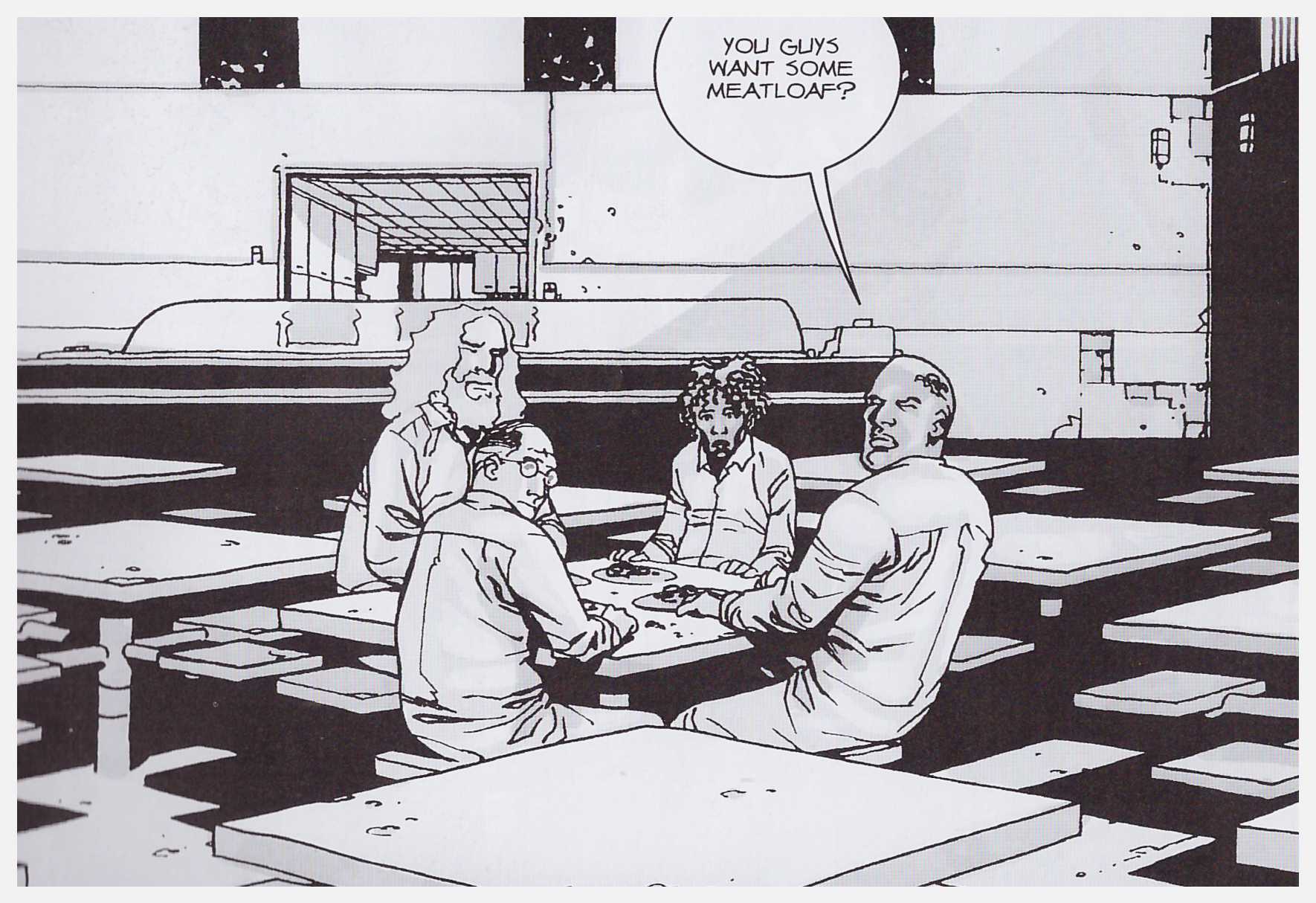 For all the occasional verbosity of his scripts, one element of writing that Robert Kirkman mastered early was the creation of tension. Our happy band of refugees come across the state prison and consider it’ll be easy enough to clear out the few dozen zombies shambling around the courtyard. Will it? And once inside there are a few leftover convicts, staying where there’s warmth, protection and stockpiled food. Can they be taken at their word that they’re no longer a danger to society? And what’s really behind that door they’re reluctant to open?

Kirkman throws these elements in very obviously, not attempting to conceal the possible dangers, but he does so secure in the knowledge that he’s created a mood where tensions are fostered and fester. Even at this relatively early stage of the series he’s created something with very little precedent in serial comics. Horror and supernatural titles thrived from the 1950s to the 1980s, and at their best they created the same mood Kirkman achieves, but this was almost exclusively in anthologies, for one-off stories, not with a sustained cast.

Rick Grimes has been established as the series’ main character. His police training and ability to think on his feet during a crisis bestows the position of alpha male, and the remainder of the cast look up to him, follow his instructions and have faith in his capabilities. For the first time, though, he may be pushing things a little too far and too fast, and we start seeing a different character. Is this desperate times requiring desperate solutions, or the absence of restrictions releasing the man within? Time will tell. As previously, the weakest element of the writing remains the emotional conflict, which has an overwrought tendency, but this is a quibble rather than a deal-changing flaw. At least until the next book.

The remainder of the cast retain a fluidity, with some considered previously discarded returning here, and others departing. Along the way to a cliffhanger ending there’s also a road trip for Grimes, the cast adapting to life in prison, and the distinct impression that there’s a killer among them.

Charlie Adlard delivers no-frills storytelling. He’s not the most dynamic of artists, but there’s never any doubt of what a panel is intended to convey, and he distinguishes a considerable ensemble excellently.

For those who prefer a larger investment, volumes 1-3 are collected in volume one of The Walking Dead Deluxe Hardcover, and this can also be found with with the next The Heart’s Desire as The Walking Dead Book Two, also in hardcover. Those who’d prefer heading straight for the jugular can opt for the first eight books in the first Walking Dead Compendium.