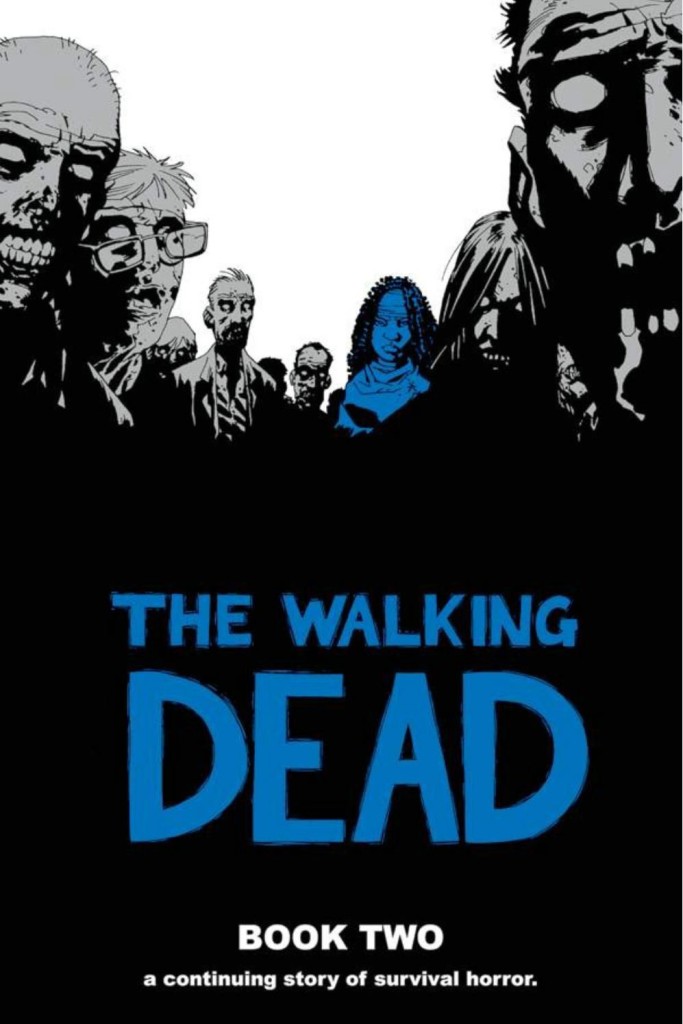 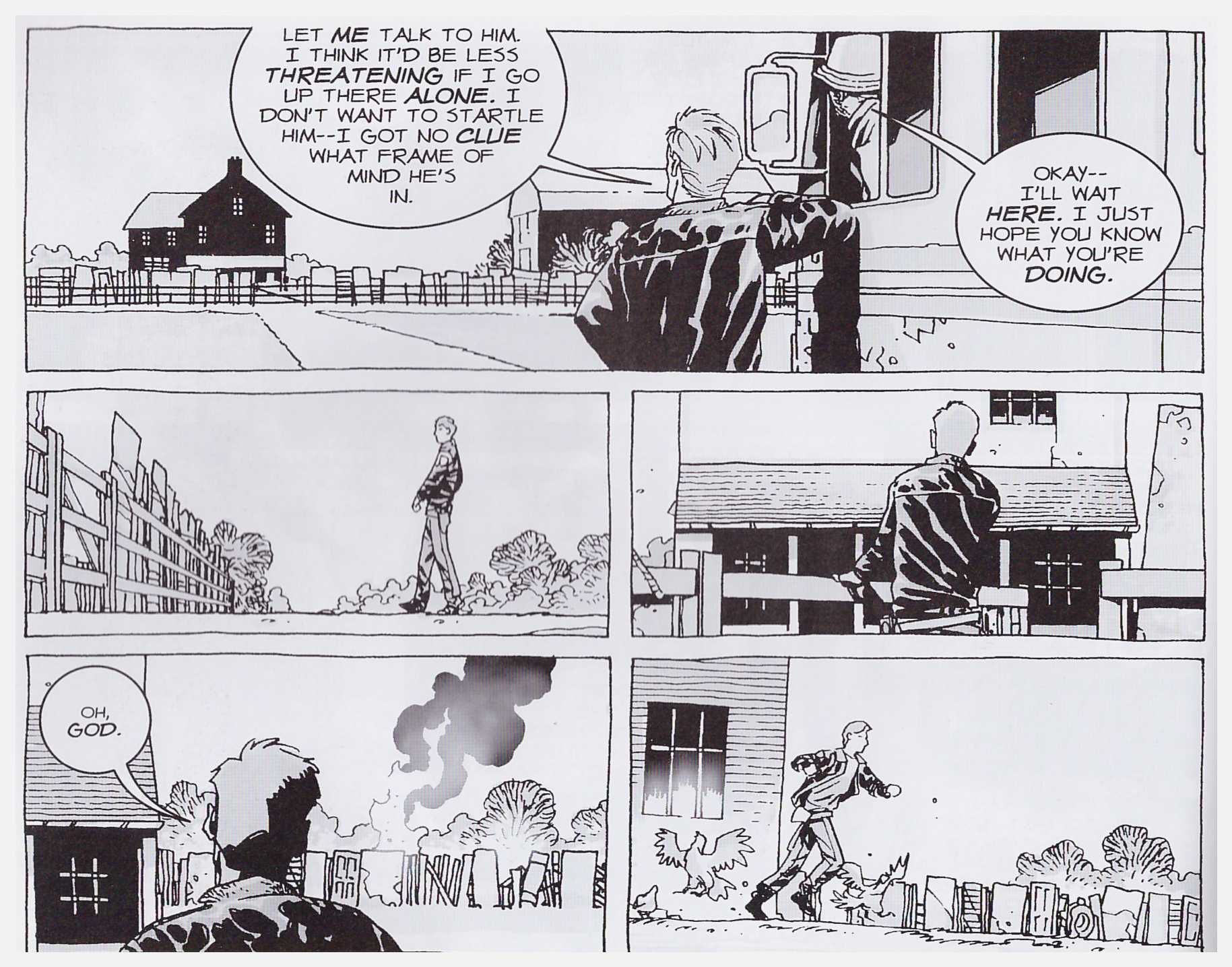 This bulky volume collects the same content as volumes three and four of the paperback series, Safety Behind Bars and The Heart’s Desire. As the first of those titles hints, when the book opens it would seem that our group have found the ideal shelter from the wandering zombies as they come across an almost deserted prison. There’s just the matter of clearing out the few dozen zombies shuffling about the courtyard. Inside the prison there are four men locked inside the kitchens by the departed guards. Surely they can be taken at their word when they each claim not to be a danger to society, or what’s left of it? If that’s the case, though, can it be the group is harbouring a murderer? People are dying and it’s not zombies responsible.

The other major thread through these chapters is whether Rick Grimes is still a fit person to be making all the decisions. While there’s no doubting his training and experiences as a police officer and consequent ability to make a quick decision under pressure before the zombie days have ensured group safety, he’s become increasingly erratic and ruthless.

Robert Kirkman has possessed a polished manner of perpetuating tension from the earliest chapters, and that continues with some elements, but taken together the storyline is low on zombie mayhem and high on heavy emotional interaction. Unfortunately, for all the better elements of Kirkman’s soap opera style, he remains unconvincing when delving into relationships, and that’s what dominates the second half of the book. In some cases anomalies could be excused as tempers under continual pressure fraying, but it doesn’t appear to be written as such, and is compounded by a new character whose sole purpose appears to be to fester conflict. It’s a shame as her introduction is spectacularly good, displaying a very confident and dangerous person. Everything leads to a frankly overwrought conclusion that dilutes what might otherwise be a clever incorporation of the series title.

Artist Charlie Adlard is now fully comfortable with the cast, which has been considerably broadened with characters he’s designed. He’s also clever at suggesting carnage and horror rather than explicitly displaying it, although there are still occasions when we can be grateful that the series is in black and white. Or, to be precise, greytones, which are added by Cliff Rathburn, but as previously, there doesn’t seem to be much point unless it’s creating a unique visual style. The grey certainly doesn’t enhance the black and white art in a manner that colour might.

In addition to the two paperback volumes the content can also be found in the oversize eight volume collection The Walking Dead Compendium volume one and as part of the second The Walking Dead Deluxe Hardcover.