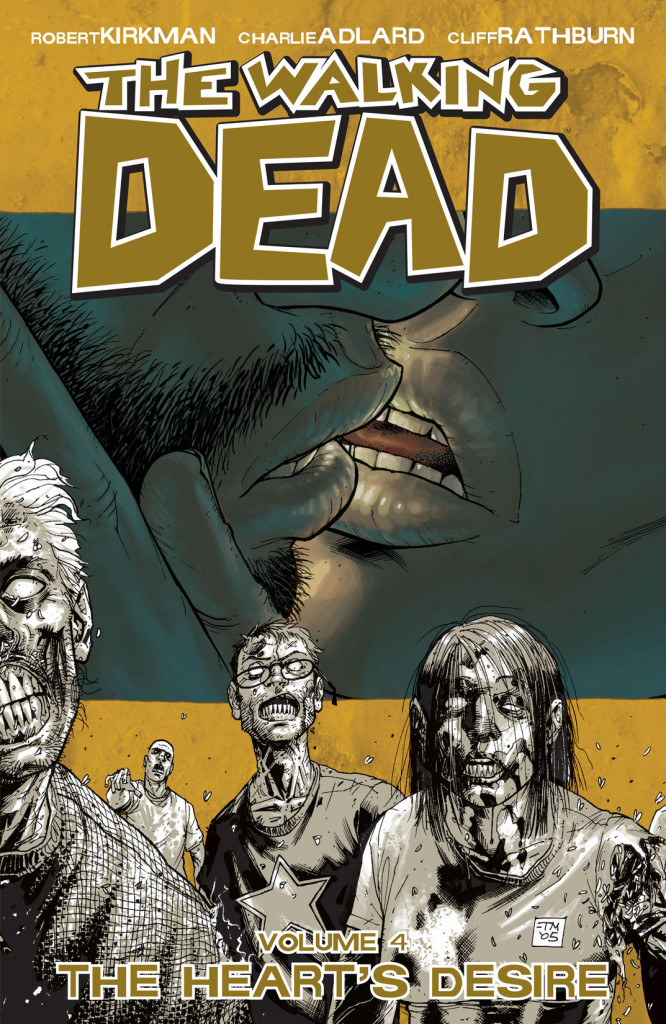 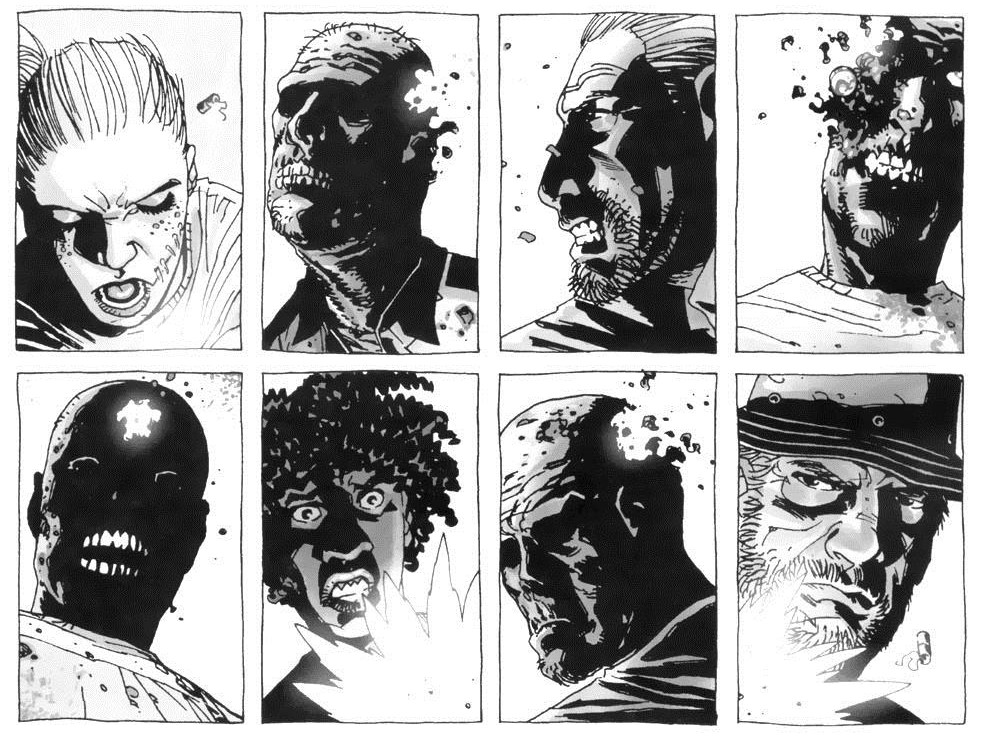 Safety Behind Bars began with the group seemingly finding their ideal refuge, ended with a shocker, and raised questions as to whether former police officer Rick Grimes is crossing the line, and maintaining the respect of those he’s shepherding.

Well, Robert Kirkman certainly doesn’t play out the scenario in any way most would have predicted, and it’s initially all the more thrilling for that. The zombies continue to be his vehicle for examining humanity living under constant pressure, and one of the moral issues here is how many limbs make a human.

With some gruesome scenes ahoy Charlie Adlard makes the correct illustrative choices of suggesting rather than displaying, although it’s still just as well this is a black and white book.

Grimes continues to be the man able to make decisions at which others would balk, and some cast members appear to have at least temporarily displaced their trauma. Others, though, are revealed in a dimmer light. This is a cross-section of humanity, and any cross-section has their distressing elements.

This is a less compelling book than the three previous instalments. A degree of residential security removes the carefully cultivated suspense, enabling personal relationships to be propelled into the foreground, and that’s not the most credible aspect of Kirkman’s writing. He never entirely convinces, manufacturing rage for some, tragedy for others. It’s compounded by a voice of reason not too distant from their own boundary breaching, seemingly oblivious to their hypocrisy, and a new character who, in this volume at least, appears inserted to merely to be a divisive presence.

Where the story is more successful is in using internal conflict to resolve a way forward, but it’s long time coming. Everything leads up to a rather overwrought conclusion redefining the title.