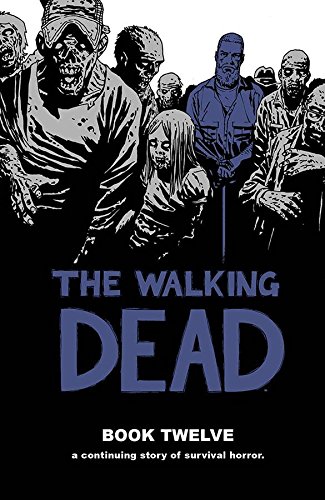 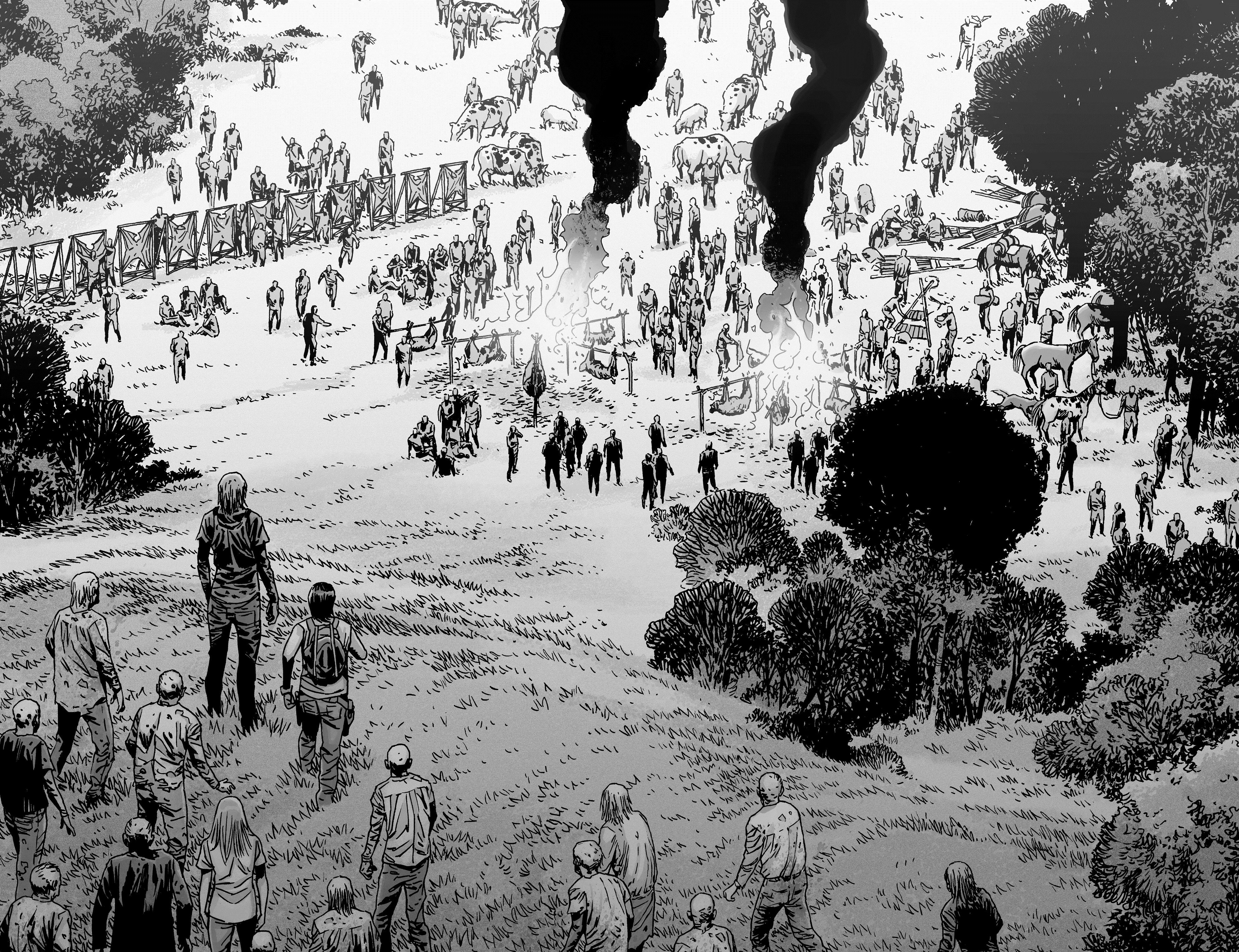 An admirable aspect of The Walking Dead is how Robert Kirkman varies the threats presented. He’s fallen into a pattern of unfurling them leisurely, their menace occupying several consecutive paperbacks, and the Whisperers represent a first for the series with their ideological opposition to reconstructing any form of society similar to that existing before the zombies. They’ve developed their own methods of dealing with zombies, and “we don’t allow the intelligence evolution has given us make us weak” is one of several fundamental governing views. Theirs is the application of the primacy of fang and claw elevated to a fervent belief, and its terrifying.

Kirkman’s reinforced what a dangerous world the cast occupy time and again, and with the Whisperers at arms’ length for the time being, the threats come from within. Over several communities manufacturing and trade has been restored, but instead of safety fostering gratitude it’s bred festering resentments and the return of individuals who consider themselves able to behave without restrictions. That ties into Carl Grimes being the primary character throughout most of this content. He’s old enough and bold enough to assert himself now, but views the world in black and white, having little understanding of the bigger picture and the possible consequences of disrupting that. The hardcover begins with him striking away from his father, joining the Hilltop community to take on a metalworking apprenticeship.

Throughout the series Kirkman’s had an astonishingly unsentimental view of his cast, and a merciless manner of discarding them once he feels it’ll provide a suitably dramatic moment. Go back to an early volume and check how many of the people there are still alive to participate in this. However, he’s not beyond returning an old favourite every now and then, and Michonne drops by again here, and for the first time we learn fully of the ghosts that haunted her before she hooked up with Rick Grimes and company, and what’s bothered her since.

As ever, Charlie Adlard presents the top notch storytelling that characterises the series, and has done since he came aboard. For the record, this collection closes with his 138th consecutive issue, a longer run than, say, Jack Kirby on Fantastic Four, which for many years was the benchmark for consistency. Adlard’s fantastic at just telling the story, and every now and then he’ll astonish with a fantastic full page or spread.

While the hardcover format is nice, if you’re just trying out The Walking Dead you might be better investigating one of the paperbacks combined here, Whispers Into Screams or Life and Death. As an alternative, this is collected with the previous seven trades as the third Walking Dead Compendium. Roll on Book Thirteen.