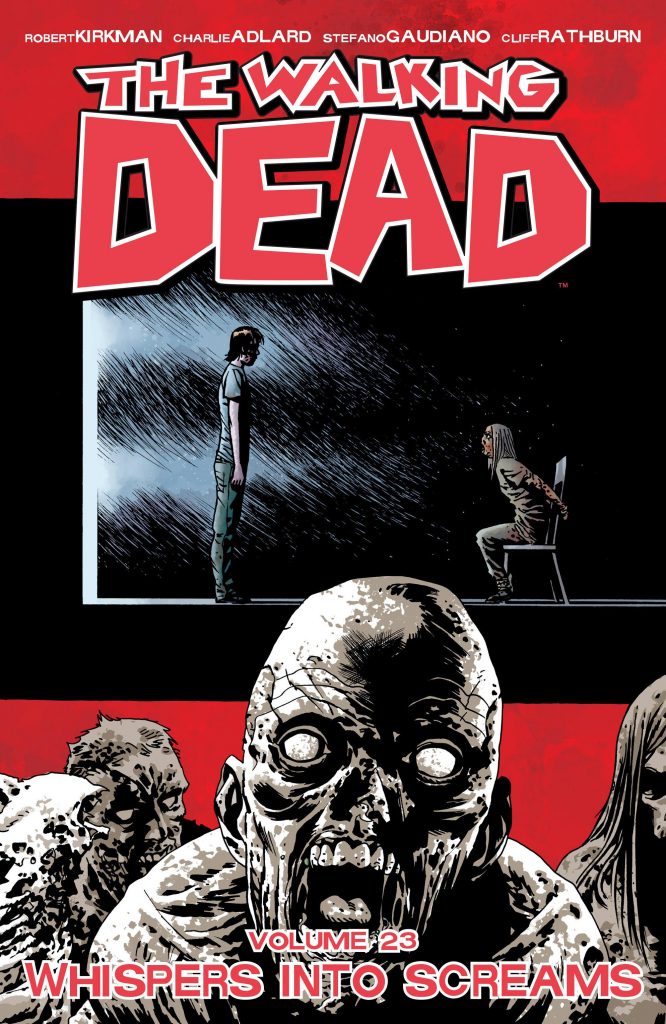 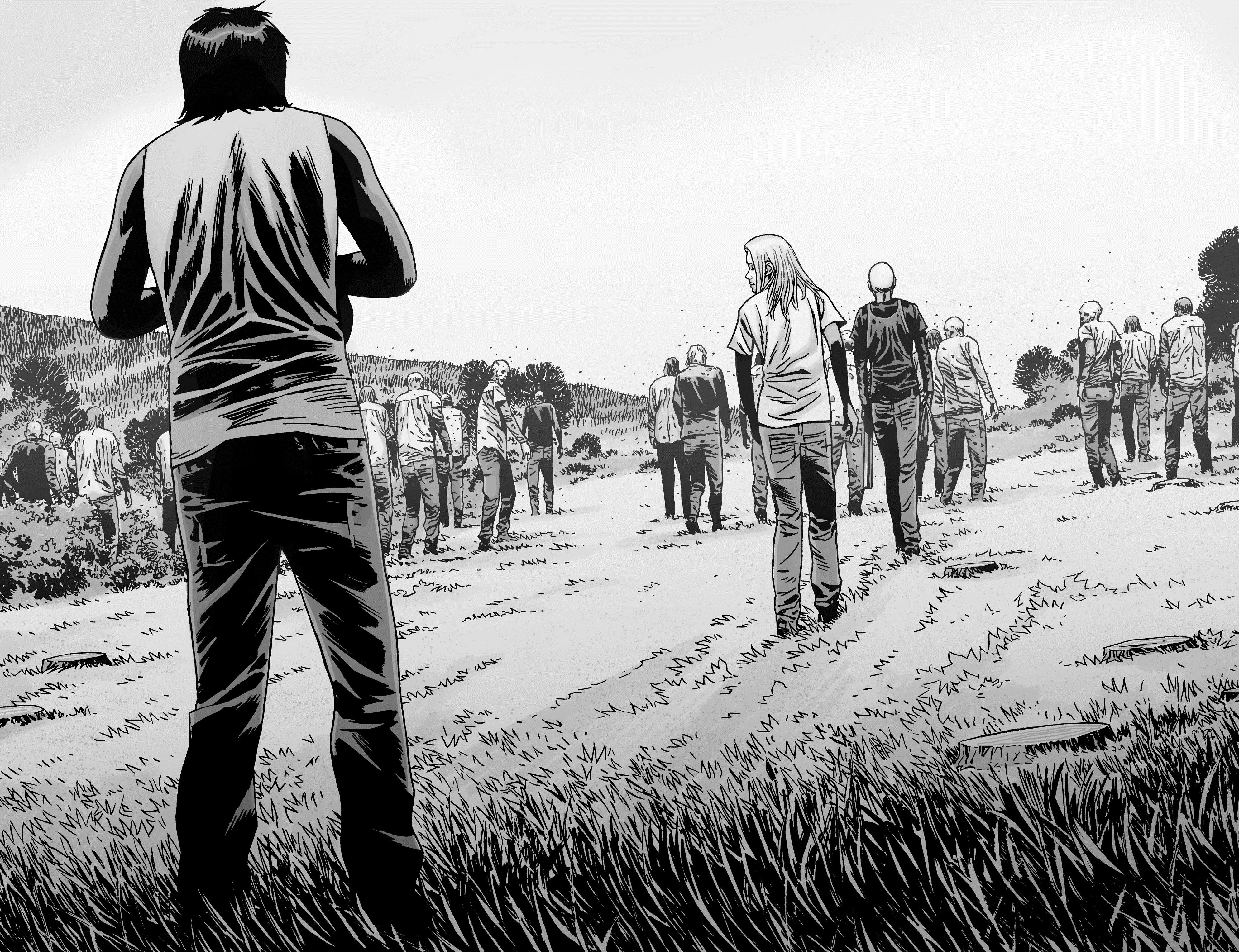 Things are looking good for the survivors spotlighted throughout The Walking Dead. They now have two flourishing and productive communities in Alexandria and Hilltop, trade with others, and the zombies, once such a fearsome threat, can be coralled and discouraged while minimising the risks. The greatest danger has come from other groups of humans, and that’s passed for the time being. Robert Kirkman, however, is a devious writer, and reversing the usual situation, things are always darkest when the light is shining.

A New Beginning introduced a new form of zombie. They can talk, they can use knives and they’re more than capable of strategic thinking. It’s a great idea, and the explanation for it is suitably weird and compelling. However, the main focus of Whispers Into Screams is Carl Grimes. There’s long been a hint of darkness about him, and Kirkman starts to explore that as he moves away from his father to live at the Hilltop community. The entire focus of the book is there, and a threat within manifests as well as without, as new grudges are allied to old ones. “We don’t tend to wait around for new people to kill us first” isn’t spoken by one of the plotters, but it might as well be as tensions rise, with Kirkman leading the way beautifully with his dialogue in assorted conversations. He’s superb at that. The Walking Dead is a series sustained by dialogue, not captions, so there’s never really any way of knowing if anyone is telling the truth. The characters who’ve been around a while we know and we can trust, but just like the community themselves, we don’t know if anyone else is or isn’t telling the truth.

Not that Charlie Adlard is giving anything away with the art, either. Several new characters are introduced, as ever kept distinctive from existing cast members, and consider how difficult that is given how many people have come and gone over 23 volumes. Surely by now he’s resorted to selling the parts to fans when he attends conventions. Adlard’s pencils have been inked by Stefano Guadiano for the past several books, but without knowing that you’d have difficulty noticing the difference in style. The ever present attention to backgrounds and character details remain, and when Adlard has the chance for a spread they’re always distinctively well composed.

A cliffhanger ending leads into Life and Death. Carl’s youthful worldview is incapable of appreciating the nuances of political necessity, and the final page has him on the verge of setting something very dangerous in motion. As ever, The Walking Dead Book Twelve hardcover gathers both this book and the next, or alternatively both feature along with every other volume from 17 on in the third Walking Dead Compendium.